Jake Paul to face Tyron Woodley on August 29, fight to be shown on Showtime PPV 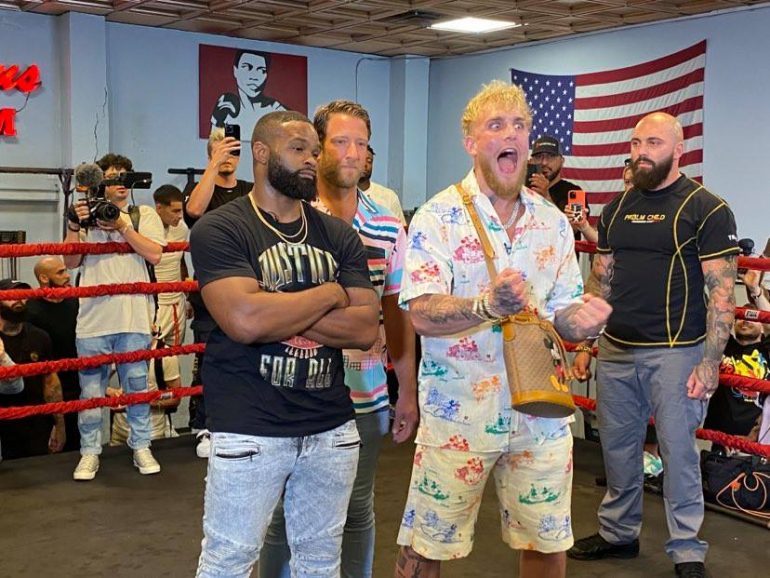 Jake Paul will get a homecoming bout for his fourth pro fight.

The bout will take place on August 29 – a Sunday, just like his older brother Logan Paul’s exhibition against Floyd Mayweather on June 6. Like Mayweather-Paul, the fight will also be shown live on Showtime pay-per-view.

Paul (3-0, 3 knockouts) is the much younger fighter at 24, while the 39-year-old Woodley is making his professional boxing debut. Woodley has had a long mixed martial arts career, winning 19 bouts and losing 7 in a career that began in 2009. Woodley’s MMA career has taken a significant dip in recent years, losing four straight dating back to March of 2019.

The bout will be Paul’s fourth against an opponent making his pro debut, as he has faced a fellow YouTuber Ali Eson Gib in his pro debut in January of 2020, then a retired NBA player Nate Robinson in his second bout, and an older MMA fighter Ben Askren this past April.

“I grew up going to Cavs, Browns and Indians games on the weekends, dreaming as a little kid of one day being in a position to put on a show for my hometown like they did. On August 29, that dream comes true,” said Paul.

“My biggest challenge to date, in front of the city that made me, on pay per view for the world to see me knockout a UFC champion.”

Woodley, who defeated Robbie Lawler in 2016 to win the UFC welterweight title, was less sentimental.

“I’m a grown ass man. I don’t play games with kids. They brought me in to take the trash out. You’re welcome!,” said Woodley.

The two engaged in a promotional staredown in Miami prior to the Mayweather-Paul exhibition.

Things got a bit heated between @jakepaul and @TWooodley in Miami pic.twitter.com/H9ut1FSD9d