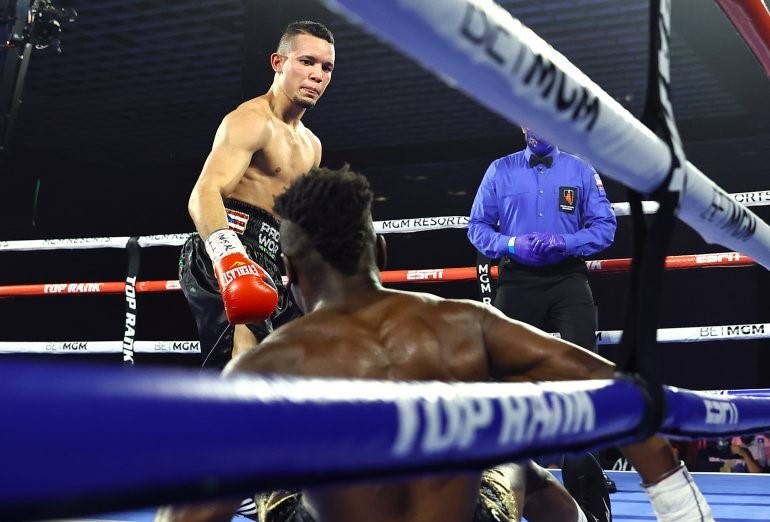 He knew he wanted to be a philanthropist long before his aspirations of becoming a professional fighter.

While many world champions engage in humanitarian work after they have become stars, Orlando Gonzalez Jr. is a rare breed.

When he was growing up in Aguadilla, Puerto Rico, his father, Orlando “San” Gonzalez Sr., who was also a boxer, had a goal to save young people from the streets and introduce them to the sweet science.

“I was always destined to become a fighter,” Gonzalez said. “When I was a kid, my parents told me that I would go into my father’s bag and put on his gloves. He didn’t just teach me about boxing, but he taught me everything I know about how to give back to my people.”

When Gonzalez was nine years old, his father had him watch 24 bouts featuring fellow southpaw Ivan Calderon (35-6-3, 6 KOs), who made 18 defenses of his titles across two weight classes.

“At the time, I was pretty small for my weight class, and my father suggested that I try Ivan’s style — a combination of intelligent boxing, defense, and being technically sound — I followed his advice.

“And ultimately, I was a big fan of Felix “Tito” Trinidad. He’s the most popular fighter in Puerto Rico, but he is very humble and a guy that cares for his people. Those two are my favorite fighters.”

On November 10, 2003, his parents founded Atlantic Boxing Club. Unlike a majority of boxing gyms, the facility is free of charge. The pair have since relinquished control, and Gonzalez (17-0, 10 KOs), a 25-year-old southpaw, now runs the show.

“I do a lot of things outside of the ring. I have a non-profit boxing gym,” he said. “I will restart our operations once again in September.

“My inspiration to keep the operation going was my father. After all, he was the one who started [the company] in 2003. We have been around for two decades.”

But Gonzalez, who had his first amateur fight at the age of five, told The Ring in our exclusive that he has since taken the gym to another level, including avenues outside of boxing.

“Of course, boxing is the primary part of our operation. However, I also firmly believe in the importance of studying and getting a good education. We’re also helping these kids get through school.”

And Gonzalez is leading by example. He graduated from the University of Puerto Rico with a Bachelor of Arts degree in sociology and boasts an amateur record of 160-18, to boot.

“I’m not the type of guy to just give a good talk. I want to be a leader to these young guys,” he stated. “Life is not just about boxing; they have to get a good education, too—anything to keep these good kids away from drugs and violence. 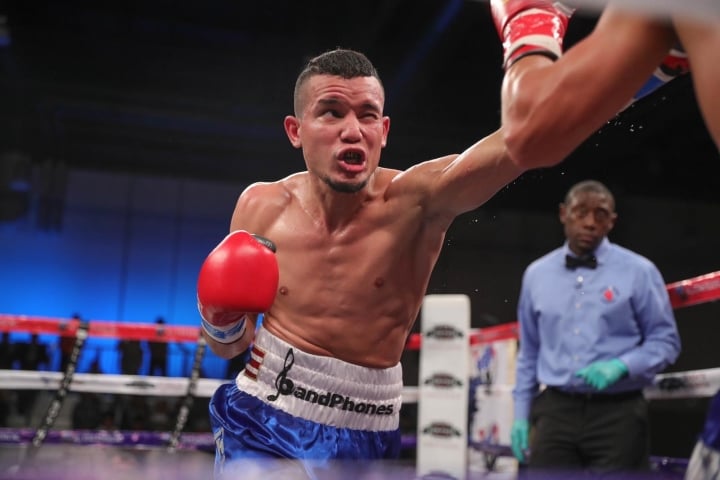 Former eight-division world champion Manny Pacquiao (62-7-2, 39 KOs) also inspired Gonzalez both in and out of the ring.

“Manny has definitely been one of the biggest inspirations for me and in a variety of ways,” the 126-pound prospect stated. “When I was 15 years old, I was so little. I was only 108 pounds back then. And of course, Manny started off at 105 and became a champion at 154 pounds. That was a huge motivation for me over 10 years ago. Now, I fight at featherweight.

“Manny is not only a champion in the ring and one of the greatest fighters of our generation; he does a lot of good things outside the ring for his people. He has been an inspiration and an example to me not just as a fighter, but also as a person and what I need to do better to serve the needs of my Puerto Rican people.”

As far as his pro career is concerned, Gonzalez, who signed a multi-year promotional agreement with Top Rank in August 2019, is looking ahead to the future. In five fights with the company, he has scored five victories, including a pair of knockouts.

We also asked Gonzalez regarding the trend of Puerto Rican prospects turning pro at a much younger age. He justified the gravitation.

“Well, it’s not often because of choice. My plan was actually to turn pro when I turned 22 years of age,” he admitted. “I wanted to wait until my body was physically stronger, you know that [man strength].

“But in my case and for others like me, Puerto Rico does not help their amateur fighters, which is a shame. They do not give us any money. For this reason, Puerto Rican fighters turn pro early, like myself and Xander Zayas, who turned professional at the age of 17.”

In Olympic history, Puerto Rico has captured nine medals, with six coming from boxing alone. And despite that rich history, it is not enough for some of the nation’s finest athletes to get any form of financial assistance. But for Gonzalez, this is what makes Atlantic Boxing Club so crucial to his community.

“Here in Puerto Rico, we have an economic crisis. The country doesn’t have much money, and the government doesn’t have enough to support their Olympic athletes.”

However, that isn’t derailing Gonzalez’s efforts to help his fellow countrymen into the next generation.

“But that doesn’t mean I cannot do my [due diligence] to help my fellow Puerto Ricans and my country. That is why I’m so passionate about Atlantic Boxing Club and our mission to help [our youth]. The more we continue to grow, the better off Puerto Rico will be in the future.”

And don’t mistake his kindness for weakness; Gonzalez is still zeroed in on becoming a multi-division world champion. On the other hand, he assured The Ring that his academic career is far from over.

“After my career, I will keep working with teenagers and little kids at Atlantic Boxing Club. But I want to go to law school and become a lawyer.

“I want to be a legal advisor to fighters as well to protect them. That is my plan. But right now, I’m training hard to make boxing history.”

We could soon be talking about Orlando “The People’s Champion” Gonzalez on a television or streaming app near you.

“I will become Puerto Rico’s next champion.”