Could Michel Rivera be the next Julian Jackson? 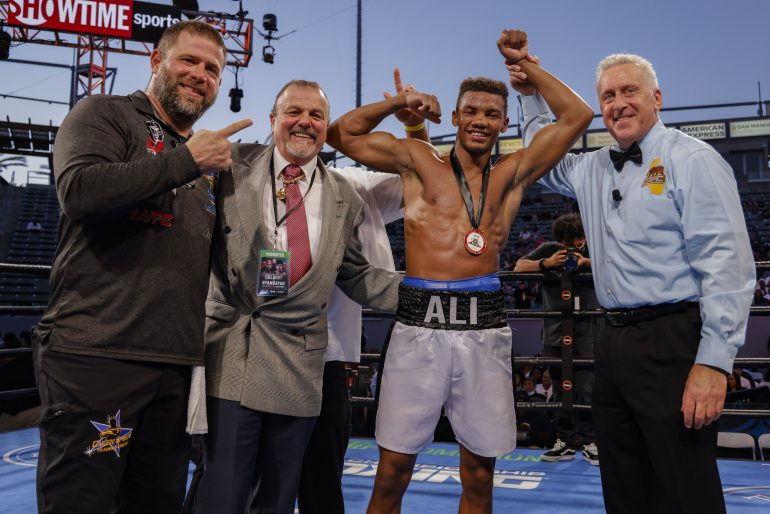 He is tough to miss. When he’s not hitting a heavy bag, or a speed bag, or sparring, he’s talking. Constantly.

Everyone seems to know where Michel Rivera is in the Caicedo Sports Training Center, in Miami, Florida, which houses eight dormitories.

Rivera (21-0, 13 knockouts) discovered he could overcome adversity. He rose from a six-round knockdown to knockout hard-hitting Jon Fernandez in the eighth on Saturday night on the Showtime Championship Boxing PBC fight card from Dignity Health Sports Park in Carson, California.

“Fernandez punched hard but he really didn’t knock me that down, he caught me off balance,” Rivera said through manager and trainer German Caicedo. “I was getting him with the right hand and I hit him five, six times and German told me he would come out like a bat out of hell in the seventh after he knocked me down in the sixth.

“German kept telling to throw the straight hand. I got up, but I was never hurt. I think getting knockdown proved I could take a punch. You learn from it, and I think I did. I believe that I’m in a great position now in the lightweight class. I have the skills. I have ability. I’m in a position in the WBA and let’s see where that goes.

“I’m in the best position in my career. I don’t want to just look like Muhammad Ali. I want to be a world champion like he was. I want to fight (WBA interim lightweight titlist) Rollie Romero next. If he doesn’t want to fight, give up the belt and I’ll fight who I have to for that. I’m ready right now to make a move.”