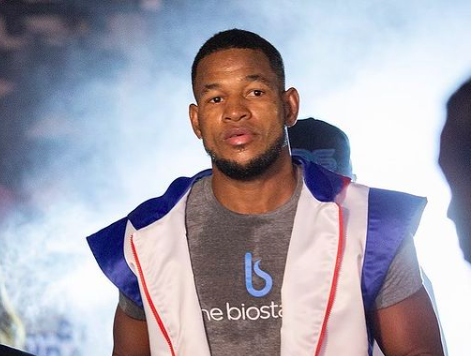 The 12-round main event will headline a Golden Boy Promotions card from Banc of California Stadium in Los Angeles.

The 39-year-old, who suffered his first loss in 2016 to Hall of Famer Andre Ward, has dropped two of his last three fights and has not fought since getting outpointed by Jesse Hart over 10 rounds in a June 2019 bout in Las Vegas.

“The preparation for this fight has been good,” the Cuba native Barrera told The Ring through an interpreter. “We [have kept] training and now we have the opportunity to fight Ramirez. I’m in shape and we had a great camp for this fight.”

Barrera did not wish to divulge specifics into his game plan, but revealed his intentions to bring the fight to the former super middleweight titleholder. 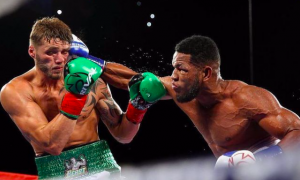 Barrera scored a solid win over current light heavy titlist Joe Smith Jr…but that was back in 2017. He needs to show that he’s still got comparable skills.

“We want to [have a] war in the ring,” he stated. “I don’t want to explain what [I’m going to do], but we’re here training hard, and we want to show that [aggression] in the ring. Ramirez is solid everywhere, but everybody has to work in there. Nobody is unbeatable in the ring.”

“Zurdo” has knocked out his last pair of opponents, but Barrera isn’t afraid of his punching power. The Cuban hitter feels that a key to victory is to establish his punching abilities from the opening bell. “I need to show what I have to see if I’m still at the top level.”

Derik Santos, Barrera’s trainer, added that this is the best version of his pupil that he has seen in quite some time.

“This is for sure the best shape he has been in the last two years. I give him all the credit. Because at the end of the day, we’re all doing our work, but he has the hunger,” Santos said. “He put himself in that shape. He came into camp in incredible shape and that made me happy. You got two very good fighters facing each other, very high-level fighters.”

Barrera (22-3, 14 KOs), a career-long light heavyweight, said that the 30-year-old Ramirez (41-0, 27 KOs) will have to adjust to the speed and power of the weight class. Zurdo’s last two fights have been at 175, but Barrera is implying that the southpaw’s power is of a higher caliber than Tommy Karpency and Alfonso Lopez.

“Ramirez is undefeated for a reason, so he has been doing most of the things well. He isn’t the fastest guy in the world, so he will have to deal with that as he moves up,” Barrera said.

He finished by telling Ring what is keeping him fueled to keep battling on: “My family is my motivation. Winning a world title is my goal and my mentality. [My family] has always pushed me to do my best.”