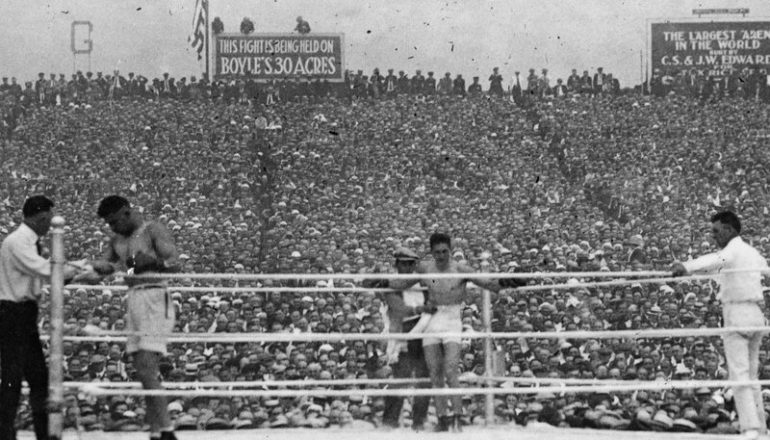 Jack Dempsey (left) rest in his corner as Georges Carpentier stands in his. Photo from The Ring Archive / Getty Images
02
Jul
by The Ring

Dempsey, who savagely dethroned Jess Willard July 4, 1919, in Toledo, Ohio, had since halted Billy Miske (KO 3) and Bill Brennan (KO 12) in successful title defenses. Viewed as a devastating and near-unbeatable force, the “Manassa Mauler” was installed as a 2-1 favorite to retain his championship.

At 188 pounds, Dempsey held a 16-pound weight advantage. Only nine months earlier, Carpentier had claimed the 175-pound title courtesy of a fourth-round knockout of Battling Levinsky, and while he was accustomed to mixing it up with bigger men, he’d never faced anyone with Dempsey’s combined size and ferocity.

The good guy versus bad guy story line that has been replicated countless times over the past century turned up in earnest for this fight. However, it was Dempsey who was labeled as the villain; despite being acquitted of draft evasion charges the previous year, a publicity photo depicting Dempsey in work clothes but also wearing patent leather shoes remained fresh in many minds. Meanwhile, the photogenic Frenchman earned military honors while serving as a pilot in World War I, so it was he who was cheered and Dempsey who was jeered.

None of that mattered when the opening bell sounded. 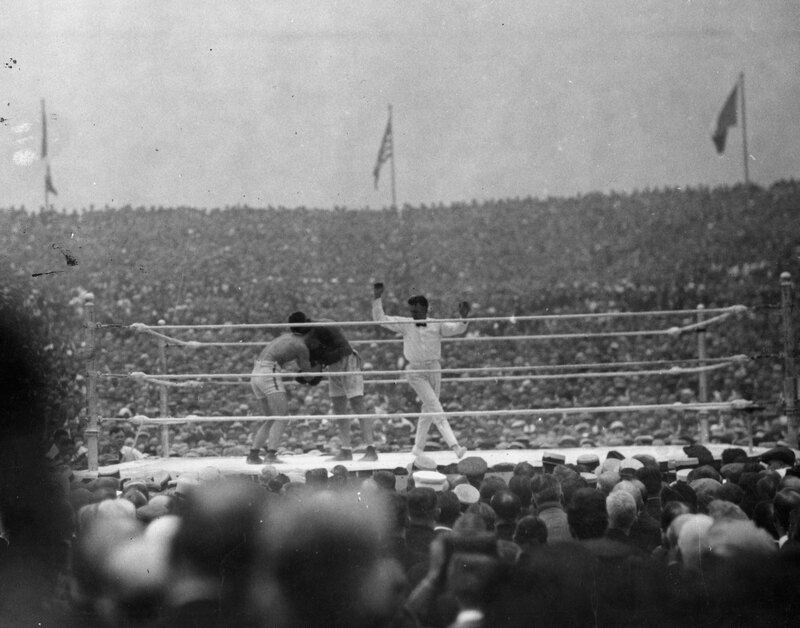 Carpentier had success in the second round with some well-timed right hand shots — one of which appeared to stun Dempsey — but the champion quickly recovered, increased his pace, and regained control.  A sharp and perfectly timed combination decked the Frenchman in the fourth and he barely beat the count by leaping to his feet. With no neutral corner rule in effect, the champ was immediately on Carpentier once he arose and it didn’t take long for Dempsey to score a second knockdown. This time, Carpentier was unable to beat referee Harry Ertle’s 10-count and the fight was declared over at the 1:16 mark. Dempsey graciously helped the stricken fighter back to his corner. 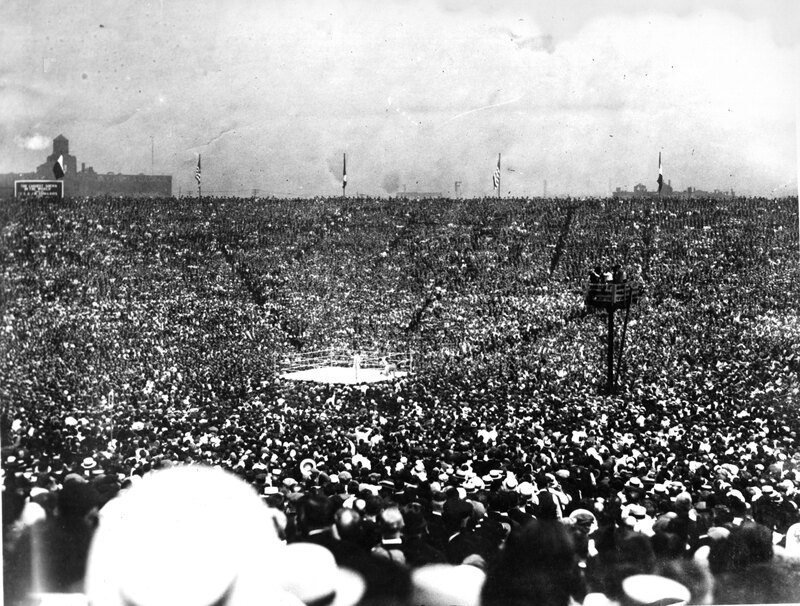 What a crowd! Photo from The Ring Archive/ Getty Images