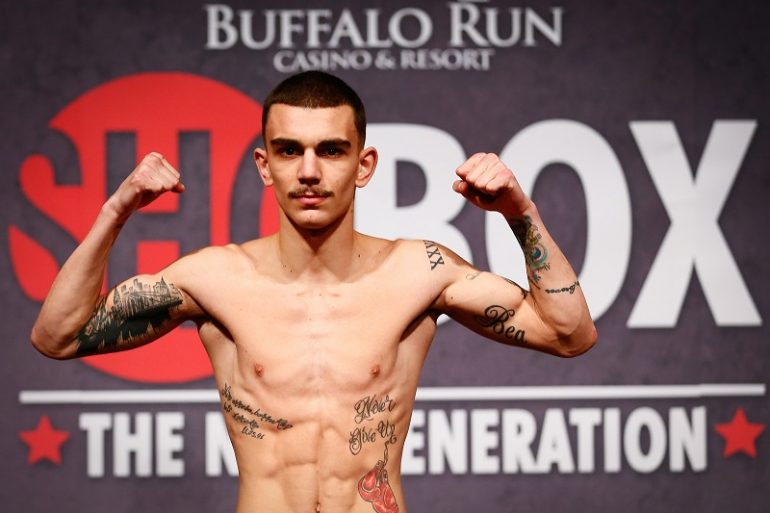 Fernandez is appreciative of a second chance after dropping a 10-round unanimous decision to the talented O’Shaquie Foster almost three years ago.

“I am very happy to be back in the U.S. after my loss against Foster,” Fernandez (21-1, 18 knockouts) told The Ring through Oscar Zardain. “This is a very big opportunity and I want to say thanks to PBC and my team for making this happen.”

The 25-year-old Spanish fighter is well aware of what he will be up against when he faces Rivera but is confident of securing victory.

“He is a very strong guy. I am taller than him, but I think that he is stronger than me,” acknowledged Fernandez before presenting his own upside. “I am a better boxer with more skills and punching power. I know that I can knock him [out] in the last rounds.”

When Fernandez looks back, he gives credit to the one man to have beaten as a professional.

“Foster made a very good performance that night and his strategy was very good,” admitted Fernandez. “Also, he was fighting at home and didn’t take any kind of risk. He is an excellent fighter and I know that he will be world champion for sure.

“After that fight, I won the European Union title at 130 pounds, but my body said stop and I moved to 135 pounds. I feel very good now. I want to win a world title in this division.”

Fernandez, who trained in in Madrid for six weeks before switching his camp to Los Mochis, Mexico for a further two weeks of sparring and acclimatizing, knows that he can ill-afford a second defeat at this stage of his career.

“[A win] is very important for me,” he said. “After the loss, a lot of people thought that I [would] never come back here, but I know that I can face the best in the division and win important titles here in America.”

Fernandez is promoted by Maravilla Promotions, which is helmed by Sergio Martinez.

“Jon is very strong at lightweight and I am very confident,” said the former middleweight champion. “Rivera is a dangerous fighter. [Like] all Dominicans he is strong, he can throw very good punches, but at the end of the day, Jonfer is a better fighter – more complete.”

The Showtime event will be headlined by the Chris Colbert-Tugstogt Nyambayar junior lightweight bout and will also feature junior welterweight Richardson Hitchins against Darwin Price. The broadcast will begin at 9 p.m. ET/ 6 p.m. PT.