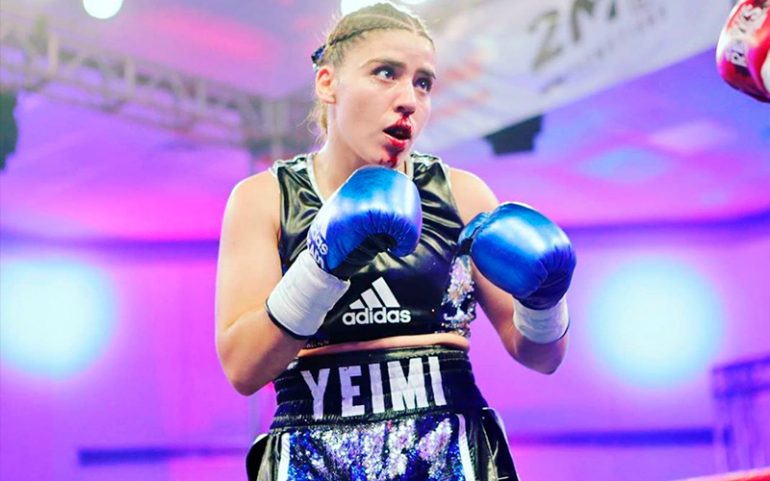 Photo courtesy of the WBC.
26
Jun
by Francisco Salazar

In her previous fight, on February 6, the 23-year-old Mercado defended her title for the first time by defeating Julissa Guzman over 10 rounds. Mercado entered the bout having won her previous five bouts since losing to then-WBC titleholder Fatima Zarika of Kenya.

Rascon was the more-effective fighter during the first three rounds, utilizing her speed to connect with punches to the head and body. She got the better of the exchanges and would hold or push down the head of Mercado while both were in the pocket.

Mercado began to dictate the action in Round 4, focusing her attack to the body. During one particular exchange, Rascon almost went down from a shot to the body, and to make matters worse a solid punch from Mercado opened a cut on her right cheekbone.

Rascon was deducted points in the sixth and ninth rounds by referee Abigail Perez for continually holding Mercado’s arms on the inside. Rascon did try to work in spurts, but Mercado was the dominant fighter during the final three rounds of the fight.

Cortes, who is trained by Ignacio ‘Nacho’ Beristain, was the aggressor from the opening round, landing the more telling punches in the pocket. Argueta was game, but he left himself open to be countered, which Cortes did decisively less than 30 seconds into the second round. A left hook to the stomach dropped Argueta to both knees, where he remained on the canvas until he was counted out at 2:47.

Mendez, who resides in Hermosillo, Mexico, was the aggressor from the opening bell. He dropped his opponent in the third, and while Perez was game and fighting back, Mendez hurt him again with a combination to the head, prompting the referee to step in and stop the bout at 2:58.

Zanfer Promotions promoted the card, which aired live on Azteca TV throughout Mexico.