Lomachenko wants to beat Nakatani easier than Teofimo did 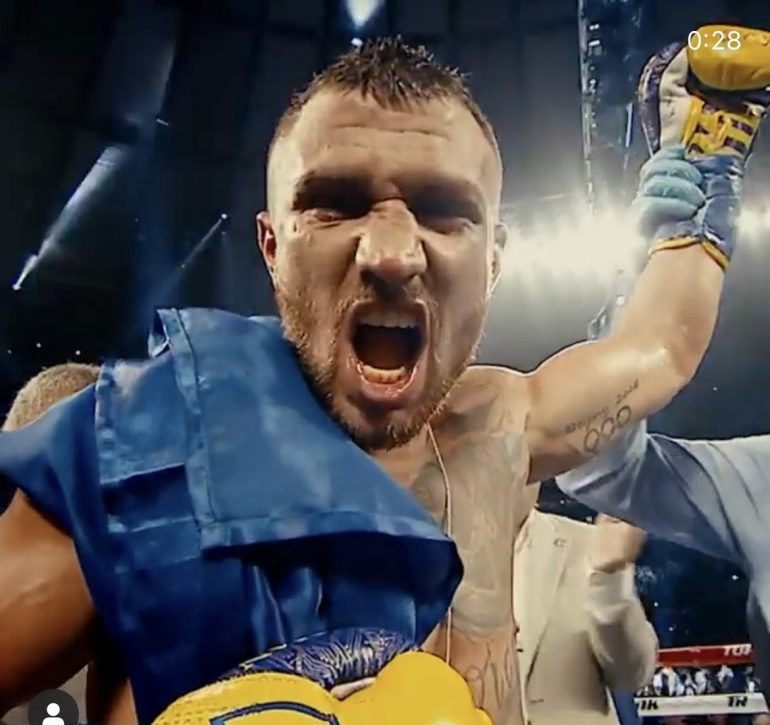 When Vasiliy Lomachenko turned pro with fanfare following a prodigious amateur career in 2013, he was motivated far more by making boxing history than by making money.

Lomachenko had already made a considerable mark as an amateur by going 396-1 — avenging the lone loss twice – claiming Olympic gold medals for Ukraine in 2008 and 2012 and leaving the unpaid ranks viewed by many to be the greatest amateur of all time.

When he turned pro, fight in and fight out he demanded that Top Rank promoter Bob Arum match him with the best available opponent.

If he had his way, Lomachenko would have boxed for a world title in his professional debut but it was not allowed. So, after knocking out contender Jose Luis Ramirez in the fourth round of a scheduled 10-rounder in his pro debut, Arum secured him a featherweight title shot against Orlando Salido.

Lomachenko lost a tight split decision against Salido, who had failed to make weight, was stripped of the title and spent most of the fight hitting him below the belt.

It was grounds for Lomachenko to get another title shot in his third fight, when he was paired with Gary Russell Jr., a 2008 U.S. Olympian, who was 24-0 at the time, to fight for the WBO title stripped from Salido. Lomachenko toyed with Russell, the current WBC titleholder, to claim the belt as he launched a sustained attack on the boxing record book.

Lomachenko would win world titles in three divisions — featherweight, junior lightweight and lightweight – and spent time as the widely recognized pound-for-pound king. He was an untouchable force who rarely even lost rounds.

Then Lomachenko was brought back to earth this past October when he squared off with Teofimo Lopez in a heavily hyped unification fight inside the Top Rank bubble at the MGM Grand in Las Vegas. 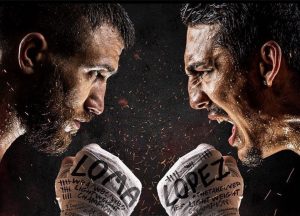 Loma thinks he didn’t deserve to take the L against Lopez. And he’s not pretending, he’s gunning for revenge.

Lomachenko was a heavy favorite, but the underdog Lopez pulled the upset, taking a unanimous decision, Lomachenko’s Ring title and cadre of alphabet belts.

Lomachenko, who came into the fight with an injured right shoulder that required two pain injections during training camp and post-fight surgery — his second on the same area — started excruciatingly slow. He barely threw any punches and essentially gave away most of the first six rounds before mounting a second-half comeback that fell short, even though he said he believes the fight should have been scored a draw.

It was a shocking loss to Lomachenko, who did not have a rematch clause but very much would like another crack at Lopez.

So, when Lomachenko returns to the ring for the first time since the defeat and surgery, he will do so against Masayoshi Nakatani, an opponent he picked not only because he is a bona fide contender but because he wants to compare his performance against Nakatani to that of the one Lopez turned in against him. 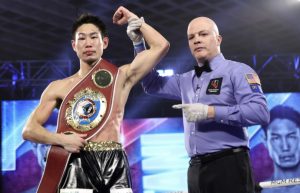 No one who knows boxing thinks Loma is in with a soft touch for his return fight. Nakatani is skilled and ultra game.

Lopez and Nakatani will meet in a 12-round lightweight bout on Saturday in the main event of a Top Rank Boxing on ESPN+ card (10 p.m. ET with preliminaries beginning at 7:15 p.m. ET) at the Virgin Hotels Las Vegas. It will be Lomachenko’s 17th pro fight and only his second nontitle bout.

“Nakatani is a very good choice for me because he gave Teofimo a very good fight,” Lomachenko said. “That’s why I take him. Now I want to show myself I am better than Teofimo.

“I want to compare myself with this guy because he fought with Teofimo and he’s a very tough guy. He’s a very top opponent for me.”

The way Lomachenko sees it, if he performs better against Nakatani than Lopez did, it might help lure Lopez into what would be a high-profile rematch.

Arum said even coming off the loss Lomachenko (14-2, 10 KOs) did not want a soft touch opponent. Just as he had when he was racking up dominating victories, the southpaw wanted a legitimate foe.

“Unlike many fighters, particularly after they’ve experienced a loss, they always want an easy way back. But Loma isn’t like these other fighters,” Arum said. “He wanted us to get him the toughest opponent that we could get. And clearly the guy who filled that bill is Nakatani. Not only was he very competitive when he fought Lopez but he was involved in a sensational fight with (Felix) Verdejo, who had him down a couple of times, had him in trouble but he had the perseverance to pull himself together and win the fight by knockout. This will be a tremendously competitive fight and will test each of the fighters.” 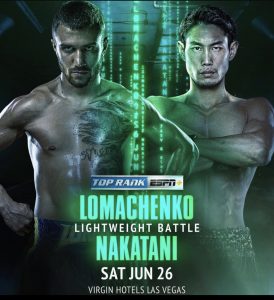 The 5-foot-11 Nakatani, who will own a four-inch height advantage and a significant reach advantage against Lomachenko, had fought all of his previous bouts in his native Japan when he arrived in Oxon Hill, Maryland, to fight Lopez in an IBF title elimination fight in July 2019.

He came into the fight as an unknown and left with a loss on his record but with ample respect from the boxing community. Although Lopez won a wide unanimous decision, Nakatani was very competitive throughout the encounter and gave Lopez the toughest fight of his career.

Nakatani (19-1, 13 KOs), 32, followed the loss by further proving his chops in December, when he rallied from two knockdowns to stop then-contender Verdejo in the ninth round.

Arum said that Lomachenko took note of Nakatani’s performance against Lopez and his win over Verdejo and wanted to fight him.

“Pretty much, because they both fought Teofimo,” Arum said of the reason for the match. “And because you can’t match Loma up with a normal guy. You have to match him with someone who is really good and Nakatani showed he belongs in the Loma fight and the fight he had with Verdejo was a classic.

“Talking to (Nakatani co-promoter Akihiko) Honda, the Japanese think Nakatani has an unbelievable shot to win and they told me there was more buzz for the Nakatani fight with Lomachenko than even for ‘The Monster’s’ (unified bantamweight champion Naoya Inoue’s) fight last Saturday (also at the Virgin Hotels).”

Many will be looking for signs of where Lomachenko is in his career coming off the loss. Was it a blip on the radar because of bad strategy to start so slowly combined with the injury or have all the amateur fights and pro wear and caught up to him at age 33? Or, as some have suggested, is he too small for lightweight and would he be better served returning to 130 pounds?

Lomachenko believes he knows the answer and hopes a victory will lead to a rematch with Lopez, a fight that Arum said he would like to make.

“Of course, I am still in my prime. Now everything is good (with my health),” Lomachenko said. “I can’t wait to come back in the ring. I’m very excited and I want to show my best skills. I want to prove who I am in boxing. I have a fight this Saturday and after the fight we can talk about a rematch but, of course, we all know I want this fight again.”

Arum said it made no sense to get into it before Saturday’s fight.

“Let’s see how it turns out,” Arum said. “Maybe I sit with the father (and trainer Anatoly Lomachenko) and Egis and we say, ‘Hey, maybe it’s better off to go to 130. There’s a lot of action at 130 with (Oscar) Valdez, Shakur (Stevenson) and (Jamel) Herring. These 135s are a little too big.’

“Or, we say, ‘Hey, let’s go full speed ahead and see if we can make a Teofimo fight or a fight with (WBC titlist Devin) Haney. I’m happy for Loma to fight Haney. But I don’t even like discussing what if. There’s plenty of time. Ask me on Monday. Monday will be here soon.”