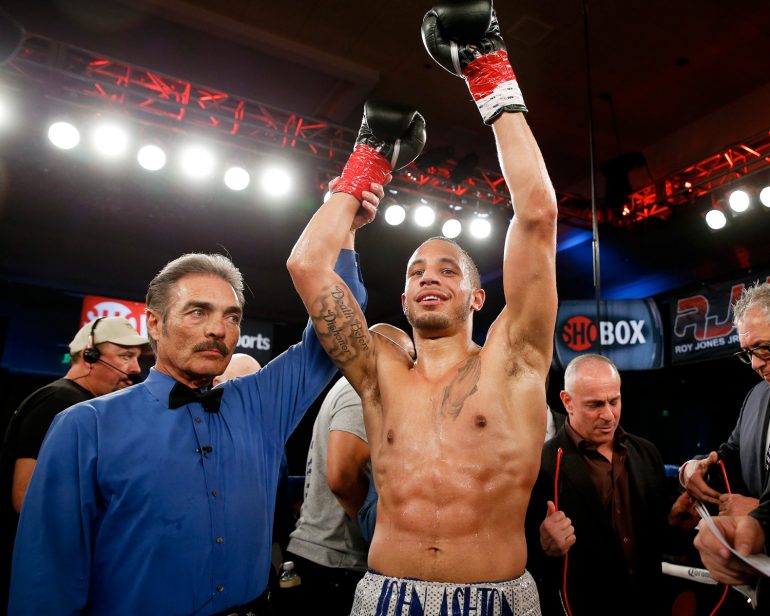 Naturally, former secondary middleweight titlist Rob Brant wants to fight for a world title again and would like nothing more than to face the better known 160-pounders. But Brant also wants to prove he deserves those fights. He also wants boxing fans to be excited to see them.

“It’s something I have to earn,” Brant told The Ring about facing a top opponent. “You can start calling out guys just because you can, but I think the boxing fans, the boxing community, will call for the top level fights and I am just trying to earn my spot right now.”

Brant will try to do that when he squares off with the fast-rising Janibek Alimkhanuly in a 10-round bout that will be the co-feature of the Top Rank Boxing on ESPN+ card headlined by former pound-for-pound king and former unified lightweight champion Vasiliy Lomachenko taking on Masayoshi Nakatani in a 12-round lightweight fight Saturday (10 p.m. ET) at the Virgin Hotels Las Vegas.

Brant said he wants to fight opponents such as titleholders Jermall Charlo, Demetrius Andrade, Gennadiy Golovkin and Ryota Murata in a trilogy fight.

“But you want fans to call for it,” Brant said. “I don’t want to be gifted a top level fight with these guys. I want something that people call for. I want to hear fans say, ‘I want to see Brant in there with such and such, with Charlo or Andrade, these bigger name middleweights.’

“A win over Janibek will show I am ready for another top fight. Some critics might say a win over Janibek, well, he’s inexperienced in the professional game and it wouldn’t do as much. After I beat him we’ll see what’s next.”

The 30-year-old Brant (26-2, 18 KOs), a Saint Paul, Minnesota native fighting out of Dallas, fought at an incredibly fast pace and Murata could not keep up as he handily outpointed him to win a secondary title in October 2018 in Las Vegas. For his second defense, Brant traveled to Osaka in Murata’s native Japan in July 2019 for what turned out to be a disastrous trip.

Murata turned the tables by slugging it out with Murata in a wild first round and then knocked him out in the second round.

Brant, who is going into his second fight with Brian “BoMac” McIntyre as his head trainer, was supposed to return against former super middleweight world title challenger Habib “Wild Hurricane” Ahmed in January 2020 to fight in an ESPN-televised co-feature in Atlantic City, New Jersey, but about three weeks before the fight Brant tore his left biceps.

Time off after the loss to Murata combined with the biceps injury and the coronavirus pandemic meant Brant was out of action for 13 months until returning this past August for a one-sided fifth-round knockout of Vitalii Kopylenko.

Now, after a 10-month layoff, he will face the Oxnard, California-based Alimkhanuly (9-0, 5 KOs), 28, a southpaw from Kazakhstan, who has limited professional experience but whom Top Rank has put on the fast track because of his deep amateur career. He was a 2016 Olympian, a 2013 world amateur champion and a 2013 and 2014 Asian Games gold medalist, among other accolades. 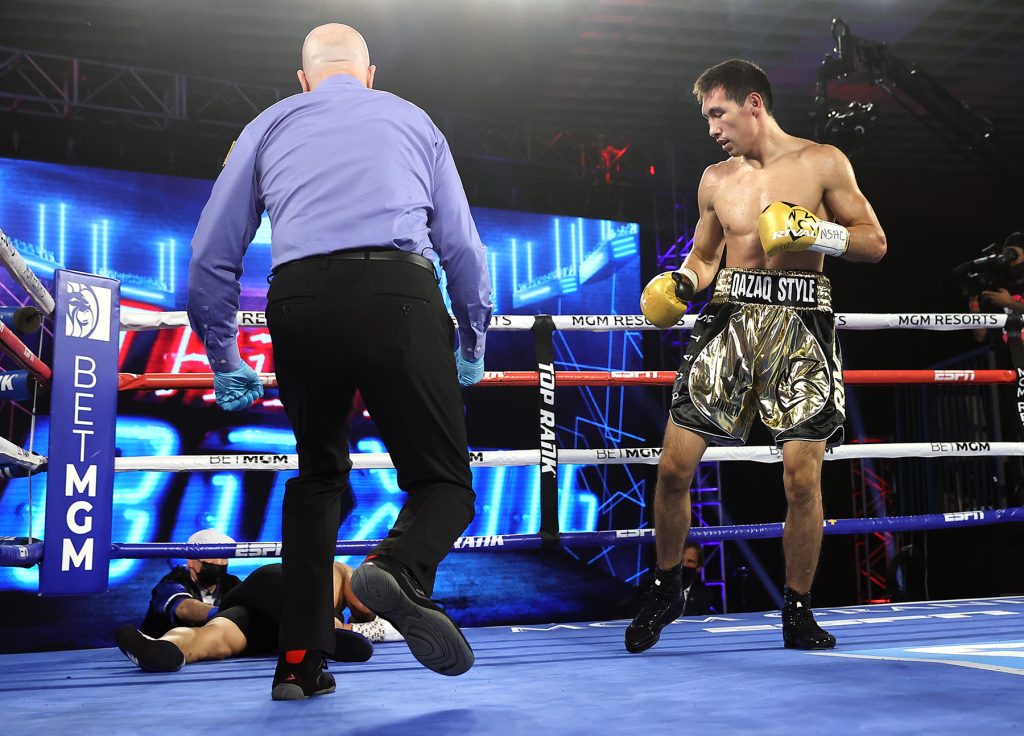 “It’s extremely frustrating because you can’t really emulate what you go through in a fight in the gym or have true competition,” Brant said of his two lengthy layoffs. “So, it’s definitely frustrating not to be as busy as I wanted to be, but I feel that going forward it won’t be as much of an issue now that we’re near the end of the pandemic.”

As for Alimkhanuly, Brant said he quickly embraced facing him when the match was presented to him.

“It’s a mutually beneficial fight for both of us,” Brant said. “Even with his limited professional experience he’s by far from a gift. He’s a tough fighter, amateur world champion. It’s a top level Top Rank fight. Two guys near the top echelon of the sport trying to be No. 1. He’s a sharp lefty. He’s got what I call a creative left hand. He does a lot of good things with it. This is one of those fights where it looks very good on the record for both of us.

“There’s something to be said for his amateur pedigree, like Lomachenko, who is on the card. They fast-tracked him and it was very successful. People look at Janibek as being at a very high level. I don’t know if it’s necessarily at a Lomachenko level but it’s something akin to that. It was nothing I as scoffing at, saying this kid isn’t ready or anything like that. He’s where he should be, which is at the top level, which is going to make my victory that much sweeter.”

If Brant wins, Top Rank chairman Bob Arum said he hopes to get him the rubber match with Murata, whom he co-promotes with Teiken Promotions.

“The trilogy is definitely something I want,” Brant said.

WBA titlist Murata and IBF titleholder Golovkin are on course to meet in a title unification fight in late December. However, both titleholders intend to fight one interim bout in the late summer or early fall.

“If he wins the fight with Janibek then I would look to match him with Murata,” Arum said. “He wants to fight in the interim (before a Golovkin fight) so that would be a perfect fight.”

Brant reiterated that he wants to earn it.

“I want to show the folks that I am competitive at the top level,” Brant said of what he wants to display on Saturday. “This is definitely a way to prove that by beating Janibek and showing I belong in the conversation with the other big names. “

“He’s a lovely kid, he’s a hard worker, and he had a physical injury (the torn biceps) that sidelined him for awhile,” Arum said. “Then we had the pandemic, so it wasn’t normal times, although we got him a fight during that period. Now, we’ll see what he has.”