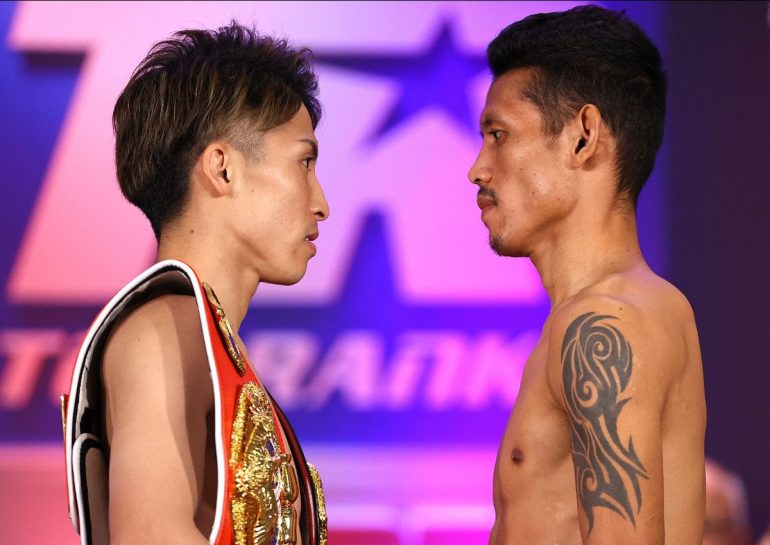 Sean Gibbons is realistic about his fighter’s chances against one of the most dominant champions in the sport today.

Michael Dasmarinas is a very good fighter, says the MP Promotions president, and a tough match-up for anyone in the top 15 rankings at 118 pounds. Being able to inflict the first defeat on WBA/IBF bantamweight titleholder Naoya Inoue is an entirely different task to consider, however.

“If [Dasmarinas] can land a few good shots early and get Inoue’s attention, he’s got a shot to do so. But again, you’re fighting ‘The Monster,’” acknowledges Gibbons, who promotes Dasmarinas (30-2-1, 20 knockouts), the number one contender to Inoue (20-0, 17 KOs). “Michael has good power, good boxing, knows his way around a ring but until that bell rings, we won’t really know.”

Dasmarinas has seen how the boxing world views him as an after thought, as another victim for the Inoue compactor. But the 28-year-old from the Bicol region of the Philippines says he’s ready for the task, having been preparing for two years, since he outpointed compatriot Kenny Demecillo to become the mandatory challenger.

He says he isn’t intimidated.

“I feel that everybody is not even noticing me. I am not fazed or scared or worried about how big a name Naoya Inoue is because I’m prepared for this fight,” said Dasmarinas, a southpaw.

The fight will headline an ESPN televised card (10 p.m.) from The Theater at Virgin Hotels in Las Vegas. The card is promoted by Top Rank.

Despite the long odds (Inoue is as high as a -2000 favorite), “Hot ’N Spicy” Dasmarinas is a more than capable fighter.

He’s been boxing since he was a child when his father, a rice farmer who worked a side job as a carpenter, introduced him to the sport. Dasmarinas, the ninth of 11 children, says he had 110 amateur fights – 105 wins and 5 defeats – including a gold medal at the National Open in 2010. He turned pro in 2012, wining his first three before accepting a six-round fight with Marbon Bodiongan. Dasmarinas says he hadn’t trained for the fight, but accepted it because he needed the 8 thousand pesos purse ($165 USD) to help his mother, who had been hospitalized multiple times after she pushed Michael out of the way of a motorcycle as a child, and instead took the impact herself.

Dasmarinas was knocked out in two rounds, and only netted 3 thousand pesos ($62) after expenses for his mother’s care.

Dasmarinas has lost just once since, a split decision to Lwandile Sityatha in South Africa in 2014. His highlight performance was a fourth round knockout of Karim Guerfi in 2018, though he managed just a draw against Manyo Plange in his next fight.

If there’s one vulnerability they can sense in Inoue, it’s recurring damage from the last time Inoue fought a Filipino – Nonito Donaire Jr. – in 2019. In that fight, Inoue suffered a fractured orbital bone from a Donaire left hook, and the camp feels he’s become less aggressive since then.

“I thought with the [Jason] Maloney fight (a seventh round knockout in October), he seemed to be a little more tentative and took his time. If he really wanted to, I think he could have taken Moloney out of there in two or three rounds,” said Gibbons.

“Donaire exposed [Inoue] for what I always said: the guy’s defense is very bad but when you have offense like he has, you make up for your defensive deficiencies. He’s hittable, and Michael’s gonna hit him. It depends on how Michael catches, and that’s the key for the whole fight.”

For Dasmarinas, his sense of purpose guides him through what is the most difficult task of his career. His mother, who died in 2018, reluctantly offered her blessing to Dasmarinas’ boxing endeavors, as long as he would take care of his family through the sport. The father of a two year old daughter has taken that promise seriously, and knows that a win would mean far greater paydays in the future.

“I want to help my family with whatever money I make with this fight. I want to continue all the promises that I made to my mom, that I will uplift the family,” said Dasmarinas.