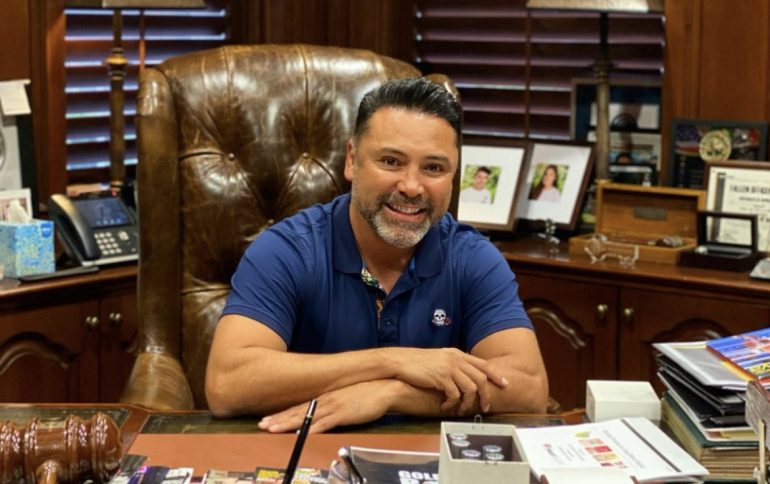 Oscar De La Hoya will make his long-talked about return to the ring on Mexican Independence Day weekend.

The 48-year-old hall of famer, who hasn’t fought since an eight-round stoppage loss to Manny Pacquiao in December 2008, will face former UFC light heavyweight champion Vitor Belfort in an exhibition bout on September 11, according to a press release from Triller, the social media app company that will produce the PPV event in conjunction with the Verzuz webcast series (which was recently acquired by Triller).

The Triller-Verzuz collaboration, dubbed TrillerVerz, according to Thursday’s press release, will be a three-day music and entertainment festival that will launch Friday, September 10, with a live Verzuz, followed by a full Saturday festival concert lineup with fight night entertainment topped by the De La Hoya-Belfort exhibition. Details on the exhibition (number of rounds, size of gloves, etc.) were not disclosed in the press release.

Las Vegas is the announced location of the TrillerVerz festival, but a specific venue was not named. 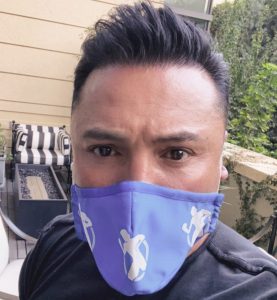 The itch to compete, to test himself physically, didn’t go away. So the executive is back on the grind, working toward a September clash with an MMA legend.

“I am ready to return to the ring and I am proud to be part of Triller and Verzuz and their game-changing model of reimagining the boxing business as four-quadrant entertainment,” De La Hoya was quoted in the press release. “I have nothing but the utmost respect for a champion like Vitor Belfort as we show the world what high level boxing is all about.

“It was incredibly important to me my comeback was on this date as it represents such an important moment in history for me, my fans and the words culture. This is much bigger than just me and this event, for all those with ties and or roots in and to Mexico.”

Said Belfort, “It will be a pleasure to represent MMA again, this time in the ring against one of the biggest names in the history of boxing. It will be a war not to be missed and a fight my kids will be talking about. This is certain to make combat sports history.”

De La Hoya won a gold medal in the 132-pound weight class of the 1992 Olympic Games and then went one win world titles from junior lightweight to middleweight as a pro. He was Ring Magazine’s 1995 Fighter of the Year as well as No. 1 in the publication’s pound-for-pound rankings in 1997 and 1998.

Brazilian MMA fighter Vitor Belfort, known as “The Phenom” for his striking prowess, won the UFC light heavyweight championship and is tie for third for the most finishes in UFC history. His MMA career includes fighting in the UFC’s Heavyweight, light heavyweight and middleweight divisions, fighting for the Strikeforce, Pride and Affliction promotions and winning the Cage Rage championship.

There were concerns a De La Hoya-Belfort fight would take place on the same day as the proposed clash between Ring Magazine super middleweight champion Canelo Alvarez and Caleb Plant.

But that fight, still being crafted, is being penciled in for the following Saturday, September 18.

De La Hoya (39-6, 30 knockouts) announced his desire to return to the ring in March, but an opponent and return date remained in the air. He appeared as a guest on the April 17 Triller card, joining the announce team which included Al Bernstein, Ray Flores and rapper/Triller Fight Club exec Snoop Dogg, and said he was on the hunt for a bold-face name to fight. Mission accomplished.

Details on the rest of the fight card, including entertainment and performances, will be announced at a later date.