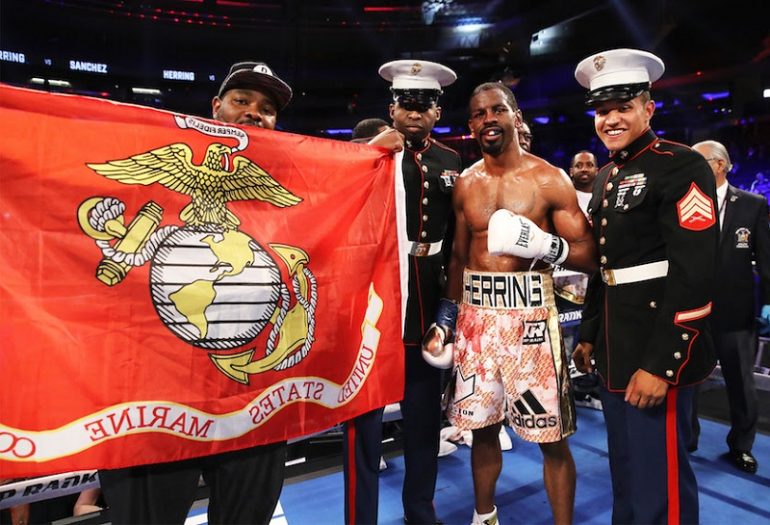 Herring, who is rated No. 3 by The Ring at 130-pounds, wasn’t impressed with what he saw during his recent scouting trip.

“I just expected more,” Herring (23-2, 11 knockouts) told The Ring. “[Stevenson] got the win but he didn’t live up to all the things he was saying throughout the build-up.

“[Stevenson] said it was going to be a massacre and he was going to knock this guy out. I wasn’t in the ring so I can’t tell you what was going on but when you say certain things to the media and put the perception that you’re the next big thing, you have to take accountability for what you say.

“People were upset with the performance. Yes, it was a shutout but at the same time professional boxing is also entertainment as well and the entertainment didn’t live up to the hype he was putting out there.”

Herring feels Stevenson has been put on a pedestal as the next Floyd Mayweather though he doubts that’s the case.

“No disrespect to him but ‘Pretty Boy’ at 130 was definitely more a seek and destroy,” he explained. “Yes, Floyd was defensive but when he made you miss, he made you pay. Floyd was getting guys out there.

“He beat one of my favorite fighters growing up and it wasn’t even close when he fought Diego Corrales. In the build-up people were favoring Diego to go out there and destroy Floyd and Floyd not only made it look easy but he finished Diego and that’s what they expected Shakur to do over the weekend. I had no doubt he was going to win the fight but it’s all about how you look.”

While Herring would prefer a unification with WBC 130-pound titleholder Oscar Valdez, he knows the boxing business will instead see him face Stevenson this fall.

“I’m all for making the biggest fights, we already know the biggest fight that could possibly be made was the unification with Oscar Valdez but if that has to be the next thing, then so be it,” said the 35-year-old southpaw. “I’m not afraid of stepping up to the plate and doing what I have to do to keep my title.

“I go back and forth on [a fight against Stevenson] not because of the fight it’s more if the fight will be entertaining after what we saw this past weekend. Even if I come out with the win, how much does that fight elevate me in terms of bigger things if the fight is lackluster?” 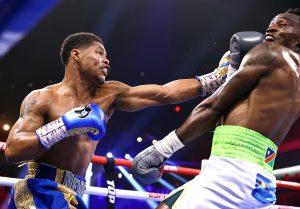 Herring is also disappointed with the negative things Stevenson has said about him.

“He clearly for some reason has this this distain taste for me, we had never had issues in the past until recently,” he said. “That could be his way to build the fight and I just won’t bite. He called me a ‘B’ level fighter, he said he’s going to beat me up, he says I have no chin, he says he’s going to massacre me.

“He said all these things about his opponents but his performances don’t add up to all the things he’s saying. Yes, he’s a talented individual, yes, we know that he can probably dominate just about anybody round-by-round and racking up rounds but in terms of him and his killer instinct, it’s just not there. You can’t threaten to me to do bodily harm and then go out there and put on a performance like that against someone the general public don’t know.”

For his part, Herring is coming off a career best win, when he stopped Carl Frampton in six-rounds to retain his WBO title for the third time in April.

“I take a lot of pride in that fight,” said Herring before taking another swipe at Stevenson. “Going into that fight there was a lot of doubt about me because of the [Jonathan] Oquendo fight but I went in there against a guy who’s well known, who had a far better resume than I do, even know. There was a good amount of people who picked him to win the fight.

“With Shakur’s last fight, he was pretty much fed an opponent that no one really gave much of a chance and he still didn’t put on the type of performance that I did against Carl Frampton. When I had Carl hurt, and I love the guy, I didn’t let him hang around too much longer, I went out there and I finished the job.”