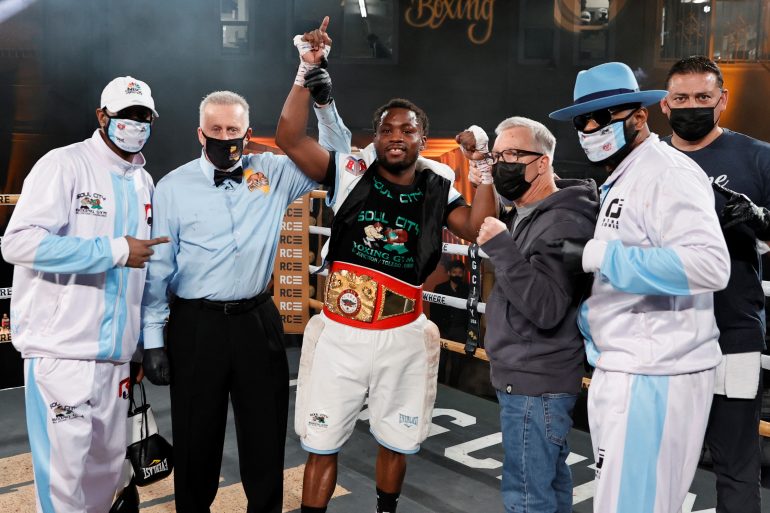 Things come with time and with patience. Charles Conwell is getting there. It’s approaching two years now since the 2016 U.S. Olympian faced and beat Patrick Day in the tragic fight on Oct. 12, 2019 and Conwell has had three fights in the meantime, improving with each one.

Conwell, 23, will be taking on southpaw Mark ‘The Bazooka’ DeLuca (27-2, 15 KOs), of Whitman, MA, in a 10-round junior middleweight clash. Conwell has stopped his last four opponents inside the distance. DeLuca has only been stopped once in his 29-fight career, that coming against Kell Brook in seven in February 2020.

Conwell says he feels good and is on weight.

“I want to make a statement with this fight,” said Conwell, who will be fighting for the first time in six months. “I want to try and get in two more fights before the end of the year. I think people will see how much more comfortable I am in the ring. I want to show more of my arsenal.

In his last fight, Conwell stopped Madiyar Ashkeyev in nine. Conwell, of Cleveland, OH, had the impression going in that Ashkeyev would be harder than he turned out to be.

When he watched a replay of the fight, Conwell realized when he got someone hurt, he needs to press the action more.

“That will come around with more time,” Conwell said. “Before the last fight, I wanted to improve the pace of my fights. I wanted to work on that in December against Ashkeyev. DeLuca has only been stopped once, so for to in and stop him, that would be a statement, too.

“My aim is a title shot early next year, after two good wins under my belt this year. I’m not looking ahead of anyone before DeLuca. This will be the first time I’ll be fighting in front of a crowd in two years. I want to be a better overall fighter and come out fast. In the past, I would feel a guy out, now I want to go right after them.” 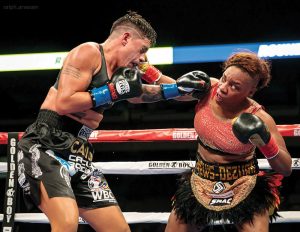 Also featured on the undercard will be for The Ring womens’ super middleweight and undisputed 168-pound world championship between WBO/WBC titlist Franchon “The Heavy Hitting Diva” Crews-Dezurn, (7-1, 2 KOs) and WBA/IBF title holder Eril Cederroos, (8-0, 4 KO) over ten rounds. Cederroos is rated No. 1 by The Ring and Crews-Dezurn is No. 2. The winner brings home The Ring Magazine title belt.

Top featherweight prospect Haven Brady Jr., (2-0, 2 KOs), of Albany, GA, takes on Manuel “Gansito” Lara, (2-6), of Ciudad Victoria, Mexico, in a four-rounder, and undefeated junior middleweight Nikoloz Sekhniashvili, (7-0, 5 KOs), of Gori, Georgia (country), will see action in against an opponent to be determined in a scheduled six-rounder.