Franchon Crews-Dezurn: Belts are just the cherry on top 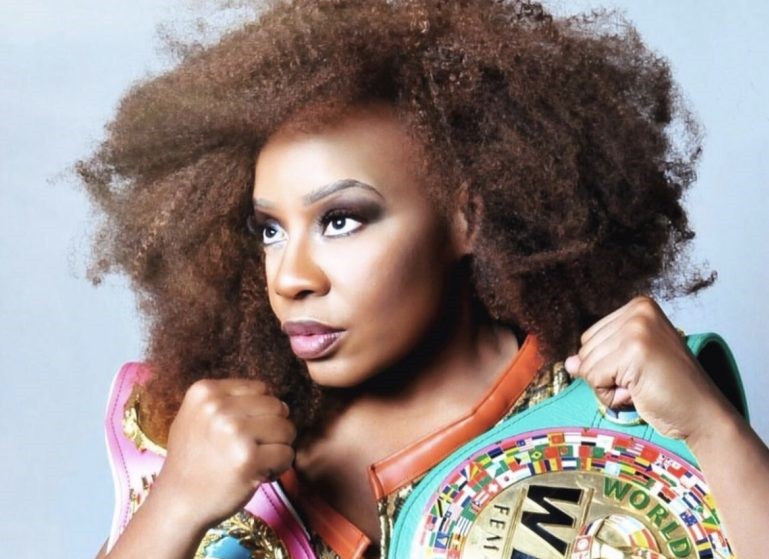 There are only a handful of fighters, male or female, who can claim to be undisputed champions in this crazy four-belt era of ours. And soon enough, there could be another one when WBC/WBO super middleweight titlist Franchon Crews-Dezurn and Sweden’s WBA/IBF belt holder Elin Cederroos put it all on the line on June 19th.

They battle on the undercard of the undisputed lightweight championship bout between Ring champ and WBA/IBF/WBO titlist Teofimo Lopez Jr. and unbeaten IBF mandatory challenger George Kambosos Jr. in Miami. 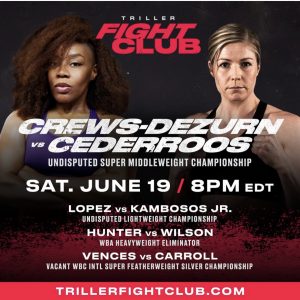 Since Cederroos is ranked No. 1 in the world by The Ring’s women’s ratings, and Crews-Dezurn is the current No. 2, the stakes will grow even higher for both combatants, as the winner will lift the historic inaugural Ring magazine super middleweight belt, with the added historic feat of having two Ring belts (in two different genders) on the line in the same event.

Crews-Dezurn (7-1, 2 KOs; 1 no decision) understands the importance of the moment and the inspiration it brings into her training and preparation for this fight.

“I am very excited and honored to have an opportunity to fight for this historic belt along with the other four belts,” said the Maryland native, in a telephone interview. “My motivation is always to win, and getting belts is just the cherry on top.”

With only nine professional fights under her belt(s), Crews-Dezurn has already gotten more than what she probably imagined when she lost in her pro debut against no less than two-time Olympic gold medalist and two-division undisputed champ Claressa Shields. But in spite of her limited amount of fights, and even though the 168-pound division is one of the least permanently populated weight classes in women’s boxing (with only about two dozen active fighters worldwide competing exclusively in this division), the talent is definitely there and the fights that Crews-Dezurn craves will definitely come.

“I believe women’s boxing is continuing to grow, and many women are making moves from lower and higher weight to challenge themselves,” she says, referring to the fact that fighters from both the middleweight and the higher divisions above super middleweight have expressed an interest to compete at 168. “There are many active women in my weight and around so I’m sure I’ll be able to get some work.”

The impending end of the current Olympic cycle may also bring in more talent to the professional ranks as well, but the growth of women’s boxing has proven to lay beyond mere numbers and statistics.

A fighter with only 55 wins, Mexico’s Mariana Juarez, just became the winningest woman ever, with a number of victories that pale in comparison with the average veteran male fighter. Purses remain disproportionally smaller for the ladies, as does attention from the press and the boxing industry. And yet, the talent being displayed at the top of each division is just as impressive as in the realm of male boxing, and soon enough all other statistics will level up as well, Crews-Dezurn hopes.

“Winning this belt would put me in great company with other champions and etch my name into history books once more,” she said. “The fights will come, I will just prepare for them.” 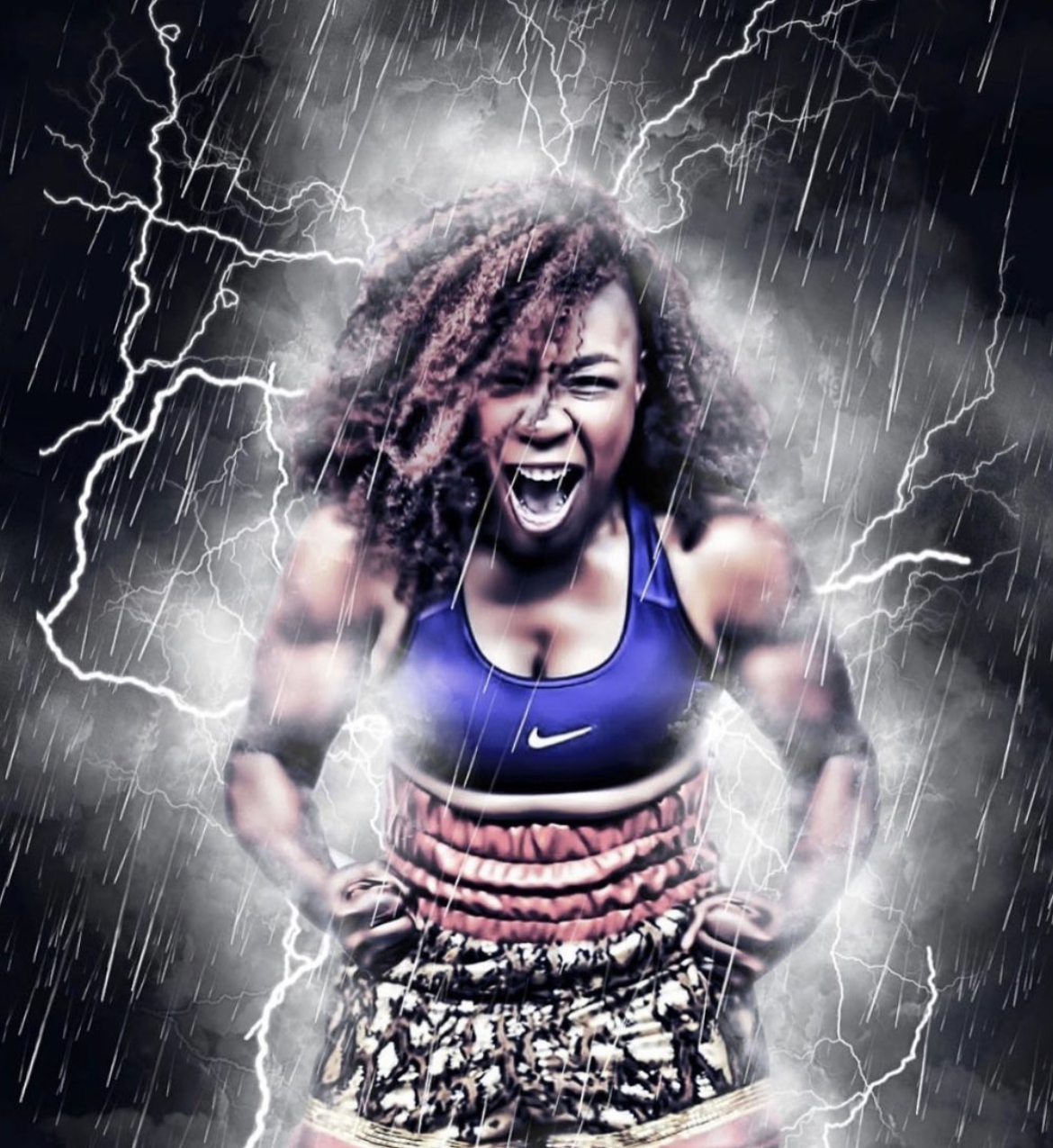 Those challenges will still be there when this fight ends, but at least female boxing will emerge with another undisputed champion, this time at the highest competitive weight in this discipline.  (NOTE: There are not enough fighters worldwide in the women’s light heavyweight or heavyweight divisions to even create a viable ranking, and for this reason The Ring only has divisional rankings up to 168 pounds).

And Crews-Dezurn’s motivation to meet those challenges will remain there as well.

“Going into this fight I had extra motivation coming off my win in January,” said Crews-Dezurn, referring to her eight-round decision win against Ashleigh Curry in Dallas. ”My goal is to have fun in training and in my fight because I actually had time to prepare and apply myself. This camp has been centered on getting back to basics and refining myself in all aspects. The fight will play out with me victorious in a dominating fashion. Ugly or pretty, I’m going to win.”

A win will go a long way in establishing the winner’s career as a superstar in the realm of women’s boxing. So far, only Shields (160 and 154 pounds), Jessica McCaskill (147) and Katie Taylor (135) possess a Ring belt and are considered undisputed champions in their respective divisions. And they are all members of the pound-for-pound Top 10.

But getting to that special Top 10 requires leaving a solid number of good impressions along the way, and Franchon has seen her share of controversy during the last stretch of her career.

“Golden Boy (Promotions) was able to get me that fight in January, so that was good to get moving after the lock down and my traumatizing fight before,” said Crews-Dezurn, in reference to her controversial loss, later turned into a no-decision, to Mexico’s Alejandra Jimenez in a January 2020 clash in San Antonio.

“I’m where I’m supposed to be at the right moment. Training has gotten so much better with things opening up more. I’m a summer baby so with the weather breaking a bit it’s really helped having the sun and the warmth, more especially after the long cold and depressing 2020.”

That statement is not an exaggeration for Crews-Dezurn, who had to drop her two belts in that fight only to recover them when the split-decision verdict was overturned by the Texas Department of Licensing and Regulation (TDLR) after Jimenez tested positive for the banned substance stanozolol. 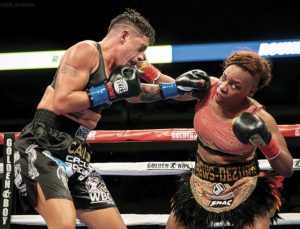 And to make matters worse, during that fight she was at the center of an awkward episode that she masterfully flipped into a motivational situation for her and her fans.

“My hair malfunction actually was a coming out for me, and inspired so many other people to forget their inhibitions no matter the adversity, and say ‘Go Get Your Goals!,’” she wrote in a phone message, referring to the moment in which her hair extensions became lose during her fight against Jimenez and she was instructed to have them removed by the referee. “I gained new fans because they saw my heart, will and determination to stay a champion against all odds.”

As an “on-air personality, singer/songwriter and speaker,” according to her @TheHHDiva account on Twitter, Crews-Dezurn masterfully used her communication skills to create the #FxckThatHair hashtag with which she dealt with that situation in a humorous way and left it behind while making it a part of her brand.

Now, all of her focus is on the task at hand.

“This fight, I will definitely show why I belong on my position and that I will be the undisputed champion,” she claims, in reference to her clash against the unbeaten Cederroos (8-0, 4 KOs), who hasn’t fought since unifying the WBA and IBF titles in a 10-round win over Alicia Napoleon in January 2020 in what was the former soccer player’s boxing debut in the U.S.

“No one is taking punches for me and no one can take any of my hard-earned accolades. This fight for me is personal and to stake my claim in boxing even more because I don’t get the respect I deserve. I’ve done about 90% of all you can do in boxing from amateur to pro, so I’m striving for greatness and legacy.”

Crews-Dezurn’s road to greatness, legacy and even redemption can take many twists and turns, but sooner or later it will probably lead in one direction, and it is a potential mega-fight against Shields, in which the Flint, Michigan multiple champ could add the distinction of becoming a three-division undisputed champion if she wins. 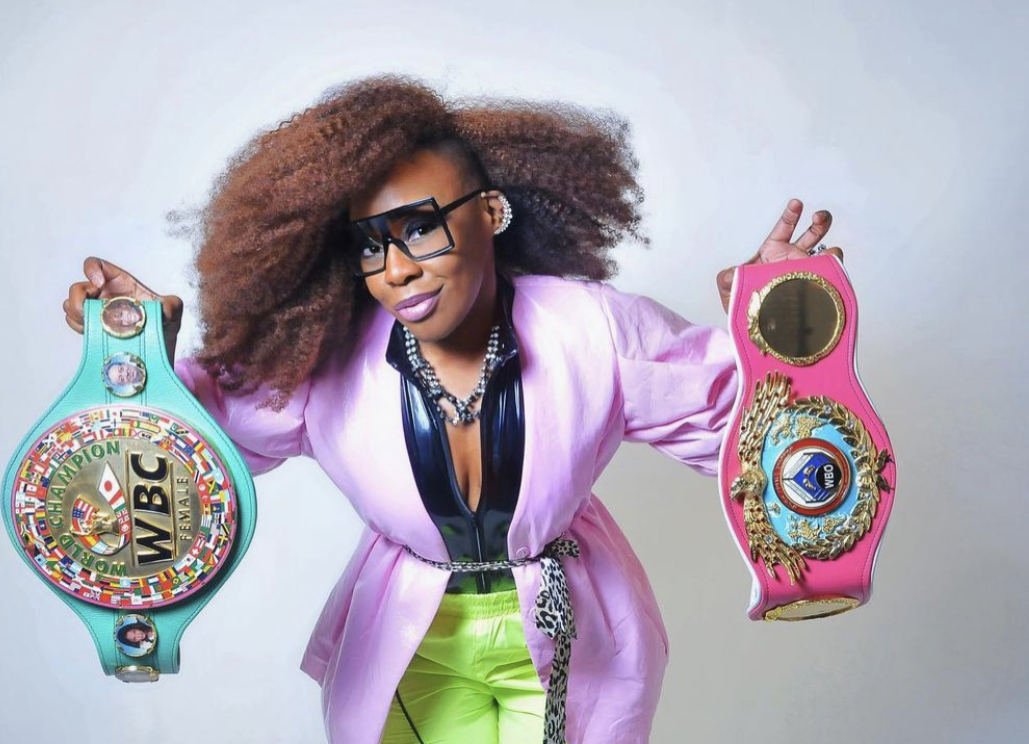 If Crews-Dezurn has her way, though, she will avenge her only legitimate loss so far and add the biggest name in female boxing to her list of victims, a combination of achievements that will do more than just erase all memories of all her hair malfunctions and no-decision efforts. But she feels that the challenge will come to her in due time without the need to go out fishing for it.

“I don’t think I’d have to ‘lure’ Claressa into a fight because she is competitive just like myself,” said Crews-Dezurn. “It’s a great fight after we achieve all the personal goals we’ve set for ourselves. The fans really appreciated the sacrifice we made in our first fight. We’ve grown so much in life and boxing it would be dope to see us as matured fighters at 160 or 168. If it was to happen, the money and circumstances would have to be top tier because neither she nor I would accept anything less. For now, my focus is to continue growing my brand and becoming the undisputed super middleweight champion of the world on June 19th.”

ELIN CEDERROOS LOOKS TO ESTABLISH HERSELF AS A TOP STRIKER