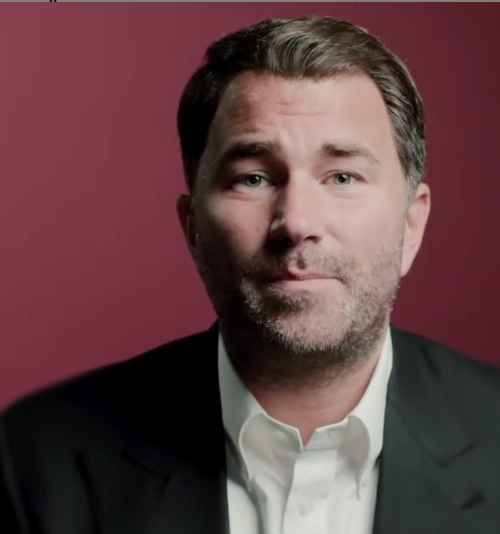 After a hugely successful Matchroom Fight Camp last summer, Eddie Hearn said he would return to the concept this summer for a second edition.

While fans and media alike waited for the news, Hearn appears to have accidentally leaked a photo of the proposed Fight Camp 2.

The Matchroom boss was on a train and took a rather innocuous photo with a fan on a journey to Newcastle. However, when some armchair sleuths saw the photo, they were able to zoom in on the paperwork in front of Hearn, which revealed several of the match ups.

Looks like fast-rising welterweight Conor Benn will face rugged American Adrian Granados in the first of the shows. 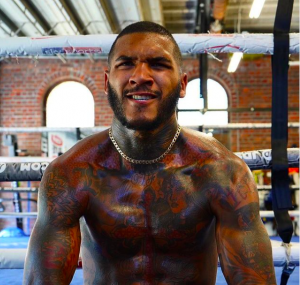 Young Benn upped his profile considerably with a one-round takeout of Samuel Vargas in his last outing.

Fast improving Anthony Fowler and Ricky Hatton’s son, Campbell are also expected to be on the card, though they don’t seem to have opponents as yet.

WBA bantamweight titleholder Shannon Courtenay will defend her belt in a rematch Rachel Ball, it appears.

Week two will showcase Kid Galahad vs. Jazza Dickens, who’ll meet in a rematch for the vacant IBF featherweight title. Florian Marku is down to face fellow unbeaten Maxim Prodan at welterweight.

While there is nothing ground-breaking in that batch, it is nice to have an idea of who will be participating in the much-anticipated Matchroom summer offering.