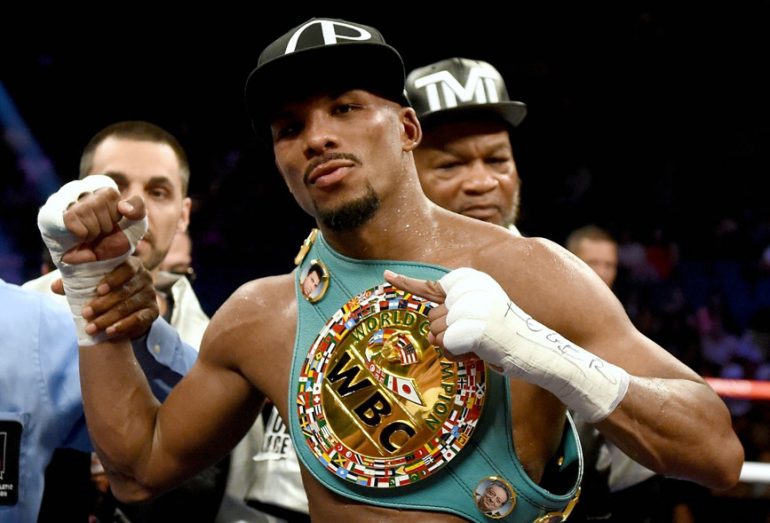 Badou Jack’s days as a light heavyweight appear to be numbered.

The 37-year-old Jack (23-3-4, 14 knockouts) floored late replacement Dervin Colina (15-1, 13 KOs) three times in the fourth round to secure a stoppage victory Sunday evening on the undercard of the exhibition contest featuring Floyd Mayweather and Logan Paul at Hard Rock Stadium in Miami.

Jack, who is currently rated No. 6 by The Ring at 175 pounds, was slated to face Jean Pascal in a much-anticipated rematch. However, the Canadian-based Haitian tested positive for four different performance enhancing drugs.

As a result, Jack was forced to face Colina, who suffered his first loss as a pro. With the three-knockdown rule in effect, Jack closed the show in Round 4.

“The game plan was just to outbox him, everything else will come,” Jack said. “He was a little soft in the body but give him respect. He came out [to fight me] on short notice. He was supposed to fight next week but this is a different level.”

Jack, who turns 38 in October, and has held a WBC super middleweight title and a secondary WBA light heavyweight belt, implied that he could soon move up in weight.

“My goal is to become a three-division world champion,” he stated. “I walk around very heavy. I’m about to be 38 this year and I don’t like to cut weight, so I’ll get with my team and see what’s next.”