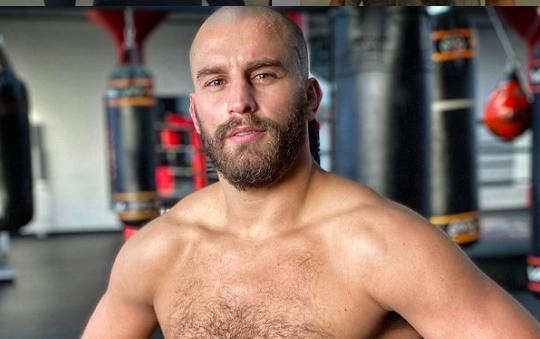 Lemieux improves to 43-4, 36 knockouts, and has now won his last five bouts.

The 32-year-old, who is ranked No. 7 by The Ring st 168 pounds, was scheduled to fight Ronny Landaeta, April 17, at the Centre Videotron in Quebec City, Canada, but the fight was canceled due to tighter restrictions from rising COVID-19 cases in the province of Quebec and throughout Canada. Lemieux, a former IBF middleweight beltholder, resides in Montreal.

From the opening bell, Lemieux walked Zegarra down, forcing him to fight off his back foot. Before the end of the round, Lemieux dropped Zegarra to the canvas but Zegarra beat the count.

Moments into Round 2, Lemieux dropped Zegarra again. Zegarra again beat the count but was in survival mode. Lemieux stalked Zegarra, finally pinning him against the ropes, battering him until the referee saw enough and stopped the bout at 1:03.

Lemieux is co-promoted by Eye of the Tiger Management and Golden Boy Promotions.

Zegarra, who resides in Lima, Peru, drops to 34-5, 21 KOs and has now lost three of his last five bouts.

In a heavyweight clash, Simon Kean battered Don Haynesworth, prompting the fight to be stopped after Round 4.

Kean (20-1, 19 KOs), who resides in the Montreal suburb of Trois-Rivieres, has now won his last five bouts, all by stoppage, since his knockout loss to Dillon Carman in October 2018. Kean would avenge the loss by stopping Carman in June 2019.

Erik Bazinyan, a junior middleweight who is originally from Armenia and now resides in Laval, Canada, remained unbeaten by stopping overmatched Scott Sigmon (35-15-1, 18 KOs) of Bedford, Virginia, in Round 2. Bazinyan improves to 26-0, 20 KOs and has now stopped 12 of his last 13 opponents. Bazinyan is also co-promoted by Eye of the Tiger Management and Golden Boy.

In the opening bout of the Eye of the Tiger Management card, junior featherweight Martine Vallieres Bisson improved to 3-0, 1 KO, by stopping Maricruz Gomez Soto (0-3-2), of Mexico City, in Round 1, due to a cut.