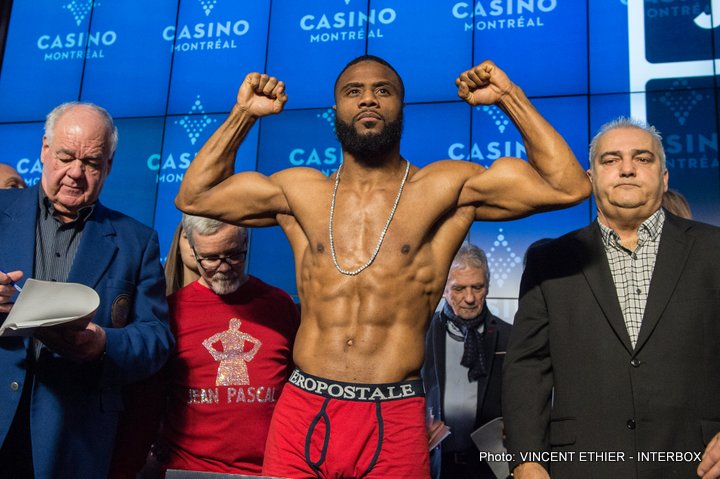 Jean Pascal, who already had tested positive for three banned substances in random Voluntary Anti-Doping Association-administered tests, has tested positive for a fourth one in a test result that was returned on Wednesday night with the camps being notified of the results on Thursday.

Pascal tested positive for the banned performance-enhancing drug erythropoietin, which is better known as EPO, a source with direct knowledge of the test results told The Ring.

Pascal provided samples to VADA on May 14 and that test result was the one returned on Wednesday night, according to the source. EPO, which can only be administered via injection, is for blood doping and to increase oxygen carrying capacity by increasing a person’s number of red blood cells – as was the case for disgraced cycling star Lance Armstrong.

Last week, Pascal had test results come back positive from samples provided on May 14 and May 17. They were positive for a trio of banned substances – Drostanolone, Drostanolone metabolite and Epitrenbolone. The positive test results caused Pascal’s secondary light heavyweight world title defense against former two-division world titlist Badou Jack to be canceled.

Test results for EPO, which has a short window for detection, take longer to get than for results for the other substances Pascal was positive for. That is the reason those other results were returned sooner than the one for EPO.

Pascal has the right to have his B sample tested at his own expense, but if it were to come back with a different result than the positive A sample it would be an extremely rare turn of events.

Pascal was slated to defend his secondary 175-pound belt in a rematch against Jack in the co-feature of the Floyd Mayweather-Logan Paul exhibition bout that will top a Showtime PPV card on Sunday night at Hard Rock Stadium in Miami Gardens, Florida.

After the test results came back positive for the first three banned substances last week, Pascal claimed he had not knowingly taken any.

“I am shocked and embarrassed. I would never voluntarily take illegal substances,” Pascal said in a statement posted to social media. “I’ve always fought for a clean sport and will continue to do so. I’m one of the first modern boxers to insist on random testing and I’ve passed countless tests during my 13 years at the highest level of boxing. I want to assure all my fans that this is an isolated incident and I’m willing to do whatever it takes to prove it.”

Pascal also claimed he had fired a strength and conditioning coach, who he did not identify, on Friday night.

After the first set of results came to light, Jack said he suspected Pascal had been dirty for their first fight.

“We suspected he was dirty the first time around and VADA confirmed it this time,” Jack wrote on Twitter.