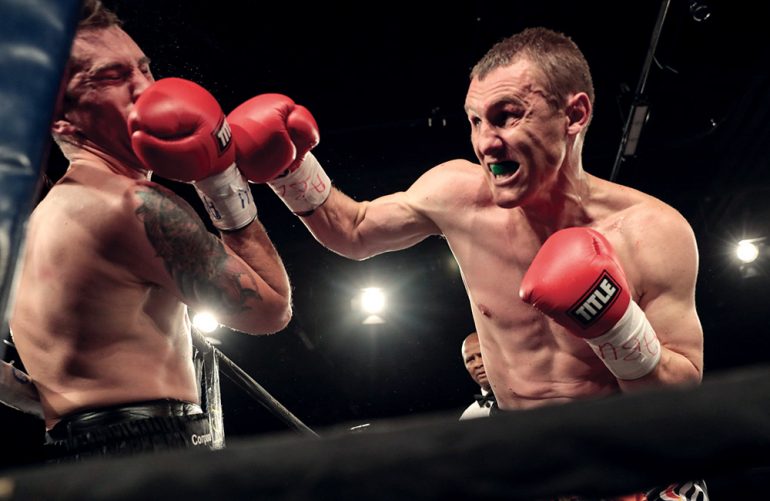 Ryno Liebenberg knows that his pro career is near its twilight, but that does not mean he cannot go out with a bang.

Liebenberg will face Fedor Chudinov Friday night at the Sibur Arena in Saint Petersburg, Russia, which will air live throughout the country on Match TV. At stake will be a regional title belt owned by Chudinov.

The 37-year-old is coming off an impressive knockout victory over previously-unbeaten Rowan Campbell in his last bout on March 14. Liebenberg brutally battered Campbell throughout the fight, dropping him once in round 2 before ending matters in round 8.

Liebenberg (21-7-1, 14 KOs), who resides in Krugersdorp, South Africa, has had success as of late, losing only once in his last five fights. Prior to his current stretch, Liebenberg has lost to the likes of Eleider Alvarez, Thomas Oosthuizen, Erik Skoglund, and Enrico Koelling.

Chudinov is coming off a split-decision draw against Isaac Chilemba on February 20. The 33-year-old had won his previous nine bouts since losing by knockout to George Groves in May 2017.

Despite Chudinov’s success in recent fights, Liebenberg believes having fought the better opposition between the two and the several weeks he has put in the gym preparing for the fight will give him an edge Friday night.

“It all comes down to who executes (their game-plan) that night,” Liebenberg told The Ring Monday. “If you are ready, you just need to do what is necessary to win.”

Liebenberg is confident having worked with Nathan over the last several years gives him an edge in the Chudinov fight.

“Colin is like family,” said Liebenberg, who has been a pro since July 2010. “(He has been) part of my life for 10 years and he is someone I trust 110 percent. What more do you want in a trainer (like Colin) going into Friday?”

Liebenberg fought a handful of fights as a super middleweight early on in his career before moving up to 175 pounds. Between 2014 and 2017, Liebenberg would lose five of six fights before back down to super middleweight. He would defeat unbeaten prospect Patrick Mukala before losing by knockout to former world title challenge Vincent Feigenbutz in February 2018.

“I would have been a world champion already,” said Liebenberg.

Rather than lament on what could have been, Liebenberg is focused on the present. An impressive victory over Chudinov could move him into the top-10 of boxing’s major sanctioning bodies.

A loss would likely end any other opportunity at the elite level. As important as this fight is and with it taking place in Russia, Liebenberg is going all out Friday night.

“A win (over Chudinov) would be the most satisfying of my career as I’ve fought on the international stage, but have never gotten the victory. I need it. A victory would certainly put me in the top-10.

“We are going for the knockout. Anything else would not be enough. I’m going into the fight with absolutely everything in me. May the best man that night win.”