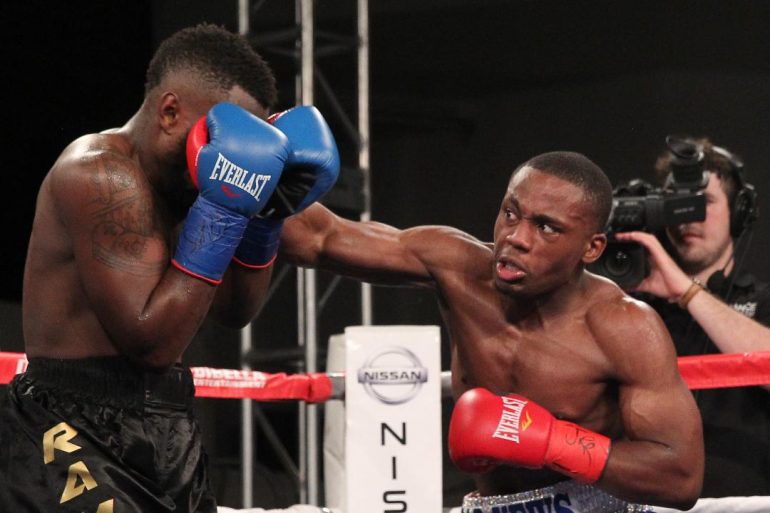 Unbeaten Charles Conwell will make his 2021 debut against Mark DeLuca on June 19 at loanDepot Park in Miami, Florida, it was announced Wednesday.

The 10-round bout, which will take place at loanDepot Park in Miami, Florida, will headline the ‘Triller Fight Club’ undercard leading up to the pay-per-view telecast that will be headlined by the undisputed world lightweight championship bout between Ring Magazine champion Teofimo Lopez and IBF mandatory challenger George Kambosos, Jr.

Conwell (14-0, 11 knockouts), who resides in Cleveland, Ohio, was scheduled to fight April 8 against hard-hitting Ivan Golub, but had to pull out a week before the fight due to suffering a reported injury to his right hand. In his last bout on December 17, Conwell won by knockout after Madiyar Ashkeyev did not answer the bell for round 10.

In his previous fight on October 7, Conwell knocked out Wendy Toussaint in round 9. Both Ashkeyev and Toussaint were unbeaten prospects prior to facing Conwell, who is promoted by Lou DiBella and managed by David McWater.

DeLuca (27-2, 15 KOs), who resides in the Boston, Massachusetts suburb of Whitman, stopped veteran Michi Muñoz in his last bout on February 6. The 33-year-old has won his last three fights since losing by knockout to Kell Brook on February 8 of last year.

Monroe (24-3, 6 KOs), who resides in Rochester, New York, has not fought since June 2019, when he defeated Hugo Centeno by unanimous decision. He has won his last three fights since losing by unanimous decision to then-WBO middleweight titleholder Billy Joe Saunders in September 2017. Monroe also challenged then-WBA middleweight titleholder Gennadiy Golovkin in May 2015, losing by knockout in round 6.

The hard-hitting De Angel (22-13-1, 10 KOs) was stopped by Isaiah Steen in round 5 of his last bout on November 6. The 35-year-old from Barranquilla, Colombia has lost eight of his last 10 bouts.

In heavyweight action, unbeaten Zhilei Zhang of China will square off against Daniel Martz in a 10-round bout.

Zhang (22-0-1, 17 KOs) dropped Jerry Forrest four times early in their February 27, but tired late in the fight, which ended in a unanimous decision draw. In his previous fight, the 38-year-old knocked out Devin Vargas in round 4 on November 7.

The 6’6” southpaw will be the smaller of the two as Martz (20-9-1, 17 KOs), who resides in Clarksburg, West Virginia, stands one inch taller. Martz has recently faced the likes of Bryant Jennings, Luis Ortiz, Charles Martin, and Simon Kean, losing all those bouts by knockout.

In a clash of unbeaten junior welterweight prospects, 19-year-old Aaron Aponte (3-0, 1 KO) of South Florida will square off against Gerardo Contreras Gonzalez (2-0, 1 KO) in a four-round bout.

Unbeaten junior middleweight prospect Nikoloz Sekhniashvili (7-0, 5 KOs), who is originally from the Central Asia country of Georgia, will face an opponent to be determined.