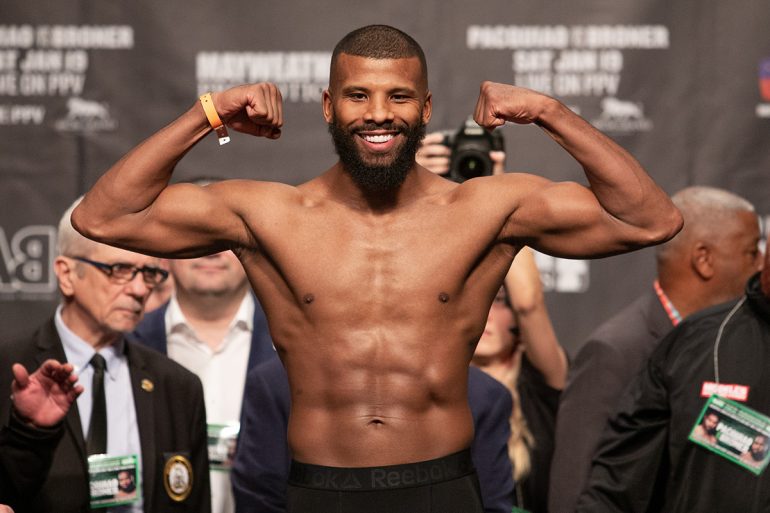 The 10-round bout will take place at Hard Rock Stadium and will be precede the exhibition bout between Floyd Mayweather and YouTube celebrity Logan Paul. Both fights will air live on Showtime Pay-Per-View (8 p.m. ET/ 5 p.m. PT).

Jack, who is rated No. 6 by The Ring at 175 pounds, was originally scheduled to face Jean Pascal in a rematch of their December 2019 clash which Pascal won by split decision.

“We suspected he was dirty the first time around and @Vada_testing confirmed it this time,” Jack stated on Twitter last Friday evening. In a follow-up tweet, Jack called Pascal “a cheater” and a “coward.”

Despite the Pascal return bout being cancelled so close to fight night, Jack was always confident that a replacement would be sourced. No word if Colina was on standby, but a source told The Ring that the unbeaten 33-year-old was approved as an opponent Saturday evening.

The 37-year-old Jack (23-3-3, 12 knockouts), who is originally from Stockholm, Sweden and now lives and trains in Las Vegas, was last in action on November 28, when he defeated previously-unbeaten Blake McKernan by unanimous decision over eight one-sided rounds.

Jack won the WBC world super middleweight title in April 2015 by outpointing Anthony Dirrell. He made two successful defenses before moving north to 175 pounds, where he defeated Nathan Cleverly (TKO 5) to claim a secondary WBA title that is unrecognized by The Ring. Jack would then lose back-to-back fights to Marcus Browne and Pascal in 2019.

Colina (15-0, 13 KOs), who resides in Coral Gables, Florida, has fought exclusively in Venezuela and Colombia. In his last bout, on February 27, he knocked out Wilman Contreras in the second round.