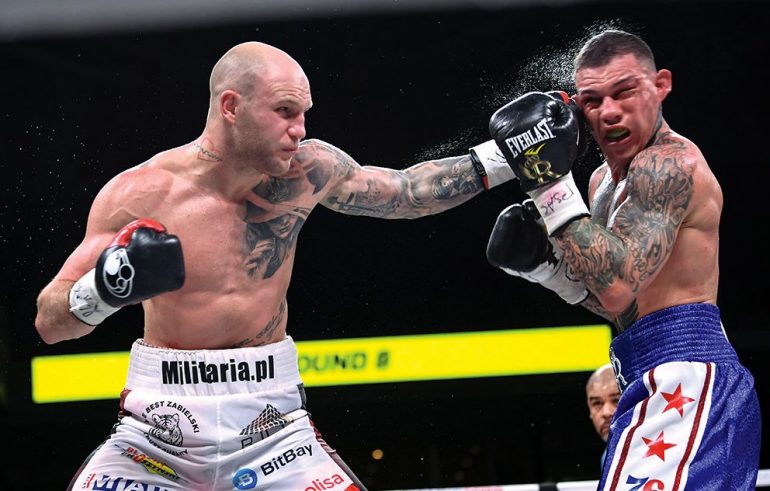 Maciej Sulecki has pulled out of his fight with Jaime Munguia once more.

Przemek Garczarczyk, of Polsat Sport, was the first to report it on Tuesday morning that the Polish middleweight would not fight Munguia on June 19.

The scheduled 12-rounder was slated to headline a DAZN-streamed card from the University of Texas at El Paso’s Don Haskins Center.

This is the second time that Sulecki has withdrawn from fighting Munguia (36-0, 25 KOs) in less than two months. They were initially scheduled to fight on April 24. However, the 32-year-old suffered an apparent elbow injury during training camp. D’Mitrius Ballard then replaced Sulecki, but he also came down with an elbow injury, and the entire card was canceled.

The reason for his second disengagement has not been disclosed.

Sulecki (32-2, 11 KOs) is coming off a 10-round unanimous decision win against Sasha Yengoyan last August in his native Poland. His two defeats have come at the hands of Daniel Jacobs and Demetrius Andrade, who he unsuccessfully challenged for the WBO middleweight title in June 2019.

It was unclear as of Tuesday morning whether Golden Boy Promotions, which promotes Munguia, would replace Sulecki or move the card for a second time. A phone call to officials at Golden Boy went unreturned at time this story was posted.

Uzbekistan’s Bektemir Melikuziev (7-0, 6 KOs), a highly-touted super middleweight prospect, and Philadelphia’s Gabe Rosado (25-13-1, 14 KOs) are scheduled to fight in the chief support fight, but that seems to be up in the air.