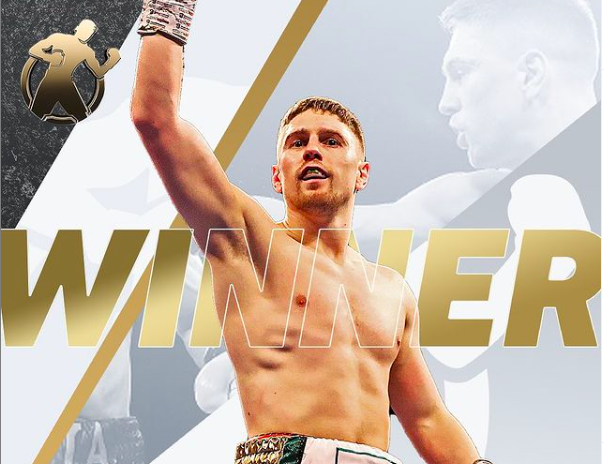 LAS VEGAS—Ireland’s Jason Quigley pulled out the majority decision victory in a very competitive fight over Shane Mosley Jr. on Saturday night, and he earned a vacant secondary WBO 160-pound title for his efforts. Judge Max DeLuca scored it 95-95. But he was overruled by Chris Migliore and Steve Weisfeld, who had it 97-93 and 96-94, in favor of Quigley, who won for the third straight fight following a semi shocker ninth-round TKO loss to Tureano Johnson in July 2019.

In round three, both fighters’ knees came together. Mosley, a native of Pomona, California, training out of Las Vegas, backed to the ropes in pain as Quigley shrugged his shoulders, wondering what had just occurred. Initially, it appeared that a low blow was the cause for the pause in the action.

Mosley, the son of legendary Hall of Fame former three-division world champion Shane Mosley Sr., had difficulty evading Quigley’s left hand all night. However, his chin proved to be plenty sturdy. He landed the better shots in round five, but Quigley’s snap jab gave him trouble in round six.

Both fighters picked up the aggression in round seven, and both seemed to be buzzed from taking massive power shots at close range.

Coming down the stretch, it seemed that Mosley (17-4, 10 KOs) would get the nod from the judges. However, Quigley continued to move forward and never gave up his pursuit of Mosley. And both men landed big bombs to end the fight.

The 30-year-old called out WBO middleweight titleholder Demetrius Andrade for a fight. 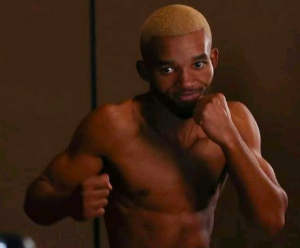 A check right hook floored Ward in round four. Fuzile (pictured at left) then poured on the pressure in round seven, opening a cut under his opponent’s left eye before sending him down with a thunderous right hand.

Ward rose to his feet to beat the count but was in no condition to continue as his corner stopped the fight. The time of the stoppage was 2:45.

Fuzile (14-1, 8 KOs), a 24-year-old southpaw from South Africa, rebounded from a controversial eighth-round stoppage at the hands of Shavkatdzhon Rakhimov in September 2019 to get back into the winner’s column. After that fight, Rakhimov was accused of using smelling salts.

Fuzile will face the winner of Rakhimov-Kenichi Ogawa for the vacant 130-pound title that will take place on either July 10 or July 17 in Dubai, United Arab Emirates.

Ward (24-2-2, 11 KOs), 29, of Essex, United Kingdom, dropped his second fight by knockout. That snapped a five-bout win streak dating back to his second-round KO of Mohammed Kambuluta in October 2018.

At the time of the stoppage, Fuzile was winning on two of the three judges’ scorecards, with Don Trella being the lone dissenter.

To wrap up the remainder of the undercard, Khalil Coe (1-0, 1 KO) brutalized Nathaniel Tadd (2-5, 1 KO) in his professional debut, dropping his opponent three times from body shots alone en route to a second-round TKO to kickoff the Haney-Linares main card. Welterweight Rashat Mali (10-0, 7 KOs) outpointed Ryan Pino (8-7-2, 4 KOs) over six rounds.  126-pounder Ramla Ali improved to 3-0 with a unanimous decision over a game but outclassed Mikayla Nebel (4-9, 1 KO) over six rounds in her U.S. debut. Junior middleweight Amari Jones (2-0, 2 KO), a protégé of Haney, iced Jonathan Ryan Buurs (3-4, 0 KO) in the first round of their scheduled four-round contest.