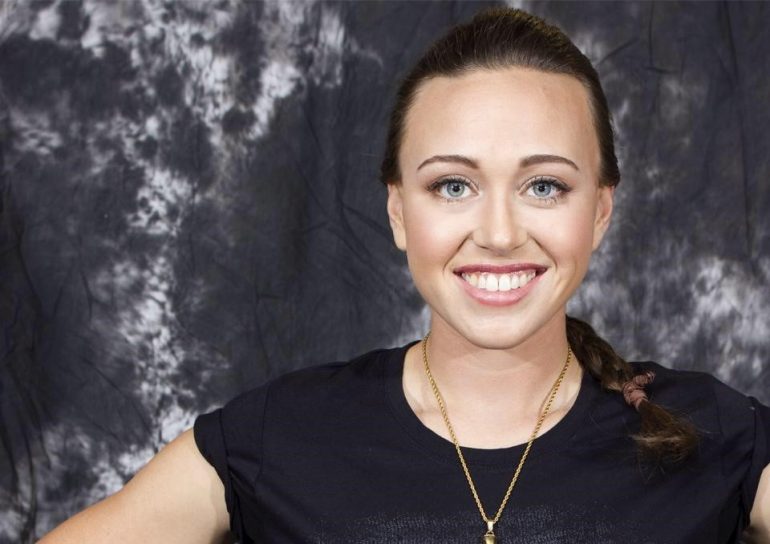 Bantamweight Mikayla Nebel thought she would never set foot in a ring again.

For the first time, Nebel is speaking publically regarding a legal battle that kept her out of the ring for nearly four years.

She ended up meeting an individual that claimed they wanted to help her, but Nebel says the exact opposite took place. When the 29-year-old requested that paperwork be signed, the person decided they wanted to take over Nebel’s career, which she adamantly refused.

That individual responded by suing “MK Ultra,” which put her career on hold.

“The case ultimately getting dismissed,” Nebel stated. “There was nothing to prove on paper that he had any contractual obligation to me. But unfortunately, it put me on a hiatus.

“Ultimately, I did think for a time that I would never fight again. The first [two years as a pro], I had five fights. It was unfortunate, but here I am. I put all my trust in God. I know that he has a plan for me.”

But if you follow Nebel on Instagram, you will know her desire to fight again never faded. Her perseverance paid off in 2019 when Roy Jones Jr. Boxing Promotions contacted her about fighting on one of their cards in Las Vegas. She took the fight and ended up losing a controversial four-round split decision to Shurretta Metcalf.

“I was a little rusty, but I felt like I did enough to deserve the victory.”

Nebel certainly knows what it feels like to come out on the raw end of a close fight. She notoriously floored future 126-pound titlist Heather Hardy in the first round of her pro debut in August 2012 but lost a razor-thin unanimous decision. They eventually fought in a six-round rematch in April 2013 but she was outpointed for a second time.

Prior to the COVID-19 pandemic, Nebel followed up her bout with Metcalf with another defeat at the hands of Adelaida Ruiz.

“That could have been my last fight, and I didn’t want my career to end that way.”

But during quarantine, Nebel was inspired to give the sport that she invested over 15 years of her life another spark.

After signing with manager Glen Amador, the hard-luck 122-pounder is on a winning streak for just the second time as a professional. Nebel picked up back-to-back victories in Mexico and is looking for more when she faces unbeaten Ramla Ali (2-0) on Saturday.

Nebel (4-8, 1 KO) told The Ring that her two-bout win streak has put her in a better state mentally than at any point in her tutelage as a boxer.

“I’m so grateful for the opportunity that has been presented before me,” she said. “This is what happens when you never give up and fighting through all the trials and tribulations of life.

“Now everything is at my fingertips. This is my shot to be on a big stage and to exemplify the skills that I have.”

“It doesn’t mean that I can’t right the ship,” she continued. “I’m going to give this everything I have to prove that I’m worthy of being on that stage under the Las Vegas lights.”

Ali, a Somalia native based in the U.K., will make her U.S. debut when she faces Nebel.

The 31-year-old turned pro in October with a points win over Eva Hubmayer at Wembley Arena in London and added a second victory in March over Bec Connolly at the same venue.

“I am so excited to be fighting in Vegas, the ‘Mecca of Boxing,’” said Ali. “I actually didn’t think I’d get the opportunity to have my American debut so early on in my career, but I’m so grateful to have been given it.”

But Nebel believes Ali will be in for a surprise.

“I’m going to let my hands go and let my skills speak for themselves,” she said. “It’s going to be a great battle, bell-to-bell action. I’m definitely stronger now; I have gotten wiser in the ring.

“Ali said that America is the ‘Mecca of Boxing,’ I’m just going to tell her, ‘Welcome to the USA.’”