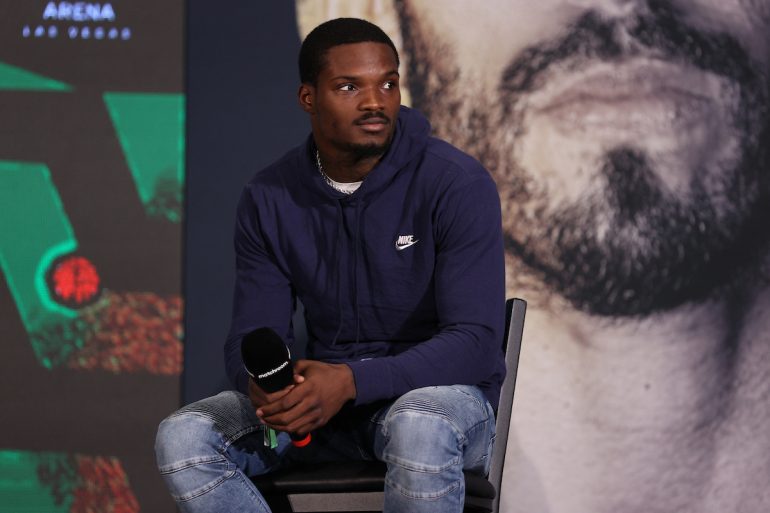 There was a conspicuous absence when the U.S. Olympic Boxing trials took place in December of 2019.

Khalil Coe, a heavy-handed, lightning quick boxer from Jersey City, N.J. would have appeared to be high on the list of favorites to make the team. He burst out of obscurity on to the international boxing scene the year prior, winning the Chemistry Cup in Germany with a highlight reel worthy knockout of Julio Cesar La Cruz, the reigning Olympic gold medalist from Cuba.

It was the 21-year-old’s first international tournament. He followed that up by defeating a Russian-born fighter representing Germany.

“American kids just don’t do that,” said David McWater, who co-manages Coe with Keith Connolly. “And nobody knocks out an Olympic gold medalist.”

Instead of competing for one of the Olympic spots, Coe wasn’t invited to the tournament in Lake Charles, Louisiana. Athletes are not invited to compete if they have pending criminal charges.

McWater says it was a case of youthful mischief gone wrong. Coe and some friends had been at a New Year’s Eve Party in late 2018. Someone brought a gun. People convinced the person to not bring the gun inside, but not before several people, including Coe, took photos with the weapon, McWater said.

“What kid his age would have said, ‘I’m not gonna take a picture with the gun?,’” asked McWater. “It cost him a lot.”

The car where the gun was placed was illegally parked, and police found the gun when it was towed. They also found photos of several people holding the weapon, and charged them all with gun possession.

Coe was arrested in March of 2019, released, and then taken back into custody in August of 2020. New Jersey is a no-bail state, so Coe sat in jail awaiting his hearing. He was released in March of this year, sentenced to time served, said McWater. By then, the amateurs were no longer on his agenda. After 34 bouts, and one U.S. National Championships title, it was time to turn pro.

That next step in his career takes place this Saturday, when he faces Nathaniel Tadd (2-4, 1 KO) in a four-round bout. The fight takes place at the Michelob Ultra Arena in Las Vegas on the undercard of the Devin Haney vs. Jorge Linares lightweight title bout, which airs on DAZN.

Coe has been boxing since he was 13 years old, when his mother brought him to train under former light heavyweight contender Jimmy Dupree. He trained with “The Cat” for two years, mastering his jab in the mirror of the gym off Martin Luther King Boulevard.

Growing up in a rough section of Jersey City known as “The Hill,” Coe has been fighting all his life, because he’s had to.

“If you wanted to go outside, you had to know how to fight. Someone was gonna bother you and you had to defend yourself,” remembers Coe, who has three brothers and three sisters.

Coe had just 23 amateur fights before entering that tournament in Germany, but he’d done his homework on La Cruz. The focus was to work the body early on, since it doesn’t move like the head or feet do. Once La Cruz began to clown, Coe feinted one direction and came back with a rocket of a right cross that sent La Cruz to the canvas.

“I was going crazy,” said Coe. “My teammate Keyshawn Davis was like, ‘bro, do you know who you just knocked out?’”

He soon found out exactly how big of a deal it was when he checked his Instagram and found that his followers more than doubled, from 4,000 to about 10,000. The win attracted plenty of attention from boxing power brokers, including McWater, who currently manages Ring lightweight champion Teofimo Lopez. McWater had seen Coe in camp with another one of his prospects, Otha Jones III, and immediately noticed blue chip ability in him.

“He’s got NBA-like speed which all of those fast twitch athletes have,” said McWater. “His power is completely off the charts, that’s what everybody sees about him.”

His success also attracted attention around his neighborhood, and it wasn’t the kind Coe wanted or needed.

“You hear things like, ‘who he think he is? He thinks he’s better than us, he ain’t nothing,’” said Coe. “To prevent anything worse, I had to remove myself from that environment.” He’s since moved out of Jersey City, and now trains with Kenneth Kristian at a private gym in a quiet suburb called East Hanover, N.J.

“I can run, I don’t have to worry about people shooting or anything,” said Coe, now 24. 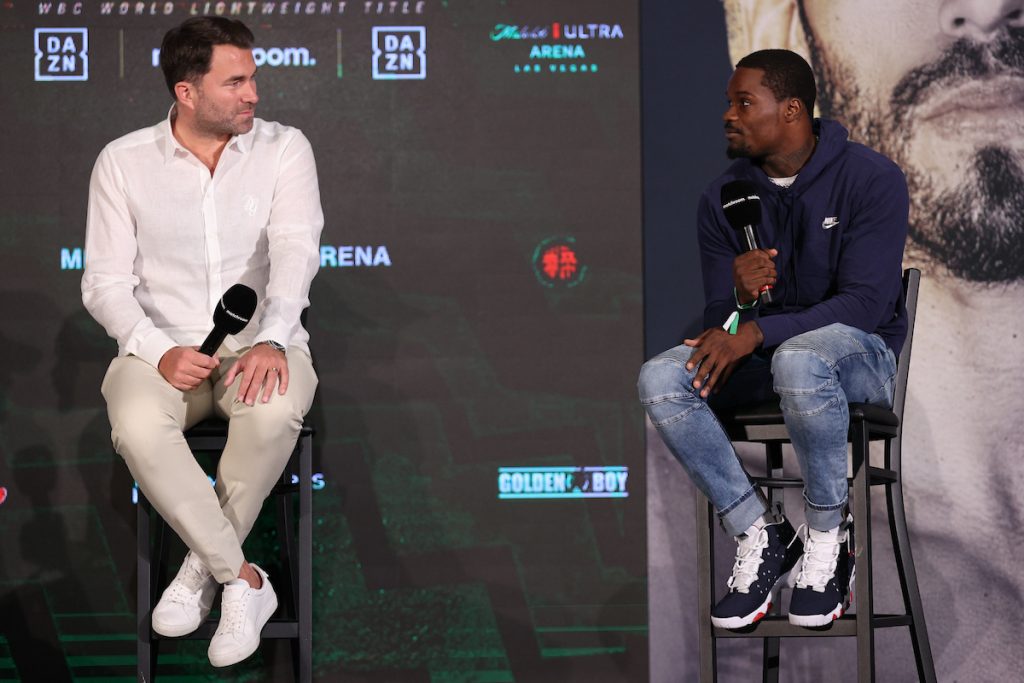 There was a lot of interest from promoters when it was time to make a move. After speaking with companies like Top Rank and Premier Boxing Champions, Coe and team decided to sign with Matchroom Boxing, after another undefeated prospect made the introduction.

“A big puncher with an interesting story and a good team behind him, there’s nothing to stop Khalil from making a big impact in the sport,” said Eddie Hearn, managing director of Matchroom Boxing.

Coe will begin his career at light heavyweight before working down to super middleweight for bigger fights. Having left jail at 230 pounds, just getting back in fighting shape is a victory in itself.

“In the amateurs we starve ourselves and you do a lot of drastic things to make weight. On this journey I’ve had the right nutritionist and I’ve been eating the right things, everything the correct way,” said Coe.

McWater says the plan is to have three fights in three months out of the gates. He thinks Coe has the type of ability that can allow him to move quickly in the pros, but they’ll have a better idea once he finally gets in the ring on Saturday.

For Coe, it isn’t about how fast he’s moved, as long as he’s moving in the right direction.

“I do have a small amount of fights but I feel like I’m ready but I want to be moved the right way,” said Coe. “I don’t feel like I should be rushed. I want to do it the smart way and learn as I go.”