Roberto Diaz looks back on discovering Jorge Linares in 2004 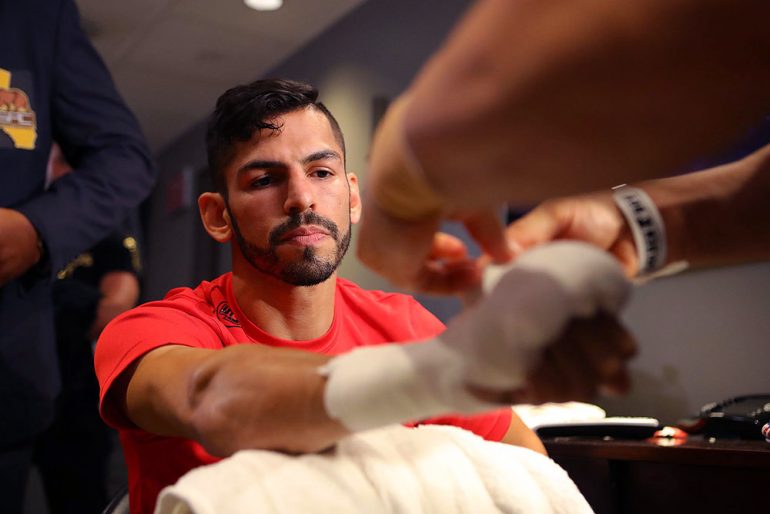 In 2002, a raw 17-year-old left his family in his native Venezuela and moved 9,000 miles to Japan, where local promoter Akihiko Honda offered to mentor his professional career.

Then came March 2004 when Diaz arrived at Teiken Boxing Gym, the second-oldest surviving boxing gym in Japan, as a representative to then 118-pound contender Julio “La Sombra” Zarate.

Linares, who was an 8-0 prospect at the time, stepped into the ring to shadowbox, and immediately made a good impression on Diaz, who asked Sendai Tanaka, who previously served as a mitt man for three-time world champion Marco Antonio Barrera, ‘Who is this kid? He has my attention.’

Diaz initially thought Linares was just a random kid who was flown in from another country to be an opponent. He quickly found out that he was something special.

“He amazed me because of his footwork,” he told The Ring. “I saw something special with his footwork and his movement that I was like, ‘Wow!’

Upon returning to Big Bear, California, Diaz, who previously served as an advisor to Barrera, told the Mexican legend that Linares would be essential for sparring.

“I think we need him,” he remembered telling Barrera. “I think he can bring out speed.”

Not only did Linares bring out speed, but he also opened the gates to frustration.

“Marco was so frustrated. He said, ‘This is who you said was so good?’ He was having problems because Jorge refused to stand there and trade with him.

“He was dealing with so much speed, leg work, foot work, and movement that it would frustrate Marco. However, in reality, that is what we wanted for Marco at the same time.”

“[Trainer] Freddie Roach said, ‘I’ve never seen anyone dominate Manny like that.’ I saw him spar Broner when he was undefeated, and Adrien was frustrated with the speed and started to get sloppy and dirty.”

The 35-year-old Linares (47-5, 29 KOs) has never lost a bout by decision. Every loss has come by way of knockout or stoppage. Some have suggested that Linares retire, but Diaz told The Ring that those fans have this concept wrong.

“Even though he is 35, he hasn’t had what people think as wars. He has just been around a long time, so people seem to think, ‘Oh, he’s an old fighter now.'”

Linares has been knocked out three times within the first two rounds and twice in the championship rounds.

In October 2011, Linares was stopped in the 11th round by Antonio DeMarco fighting for the vacant WBC lightweight title in Los Angeles. He was then stopped by Vasiliy Lomachenko in the 10th round of a lightweight title unification in May 2018 in New York.

Diaz believes this will be a prime opportunity to spoil Haney’s party while still developing as a fighter.

“We haven’t seen what Haney can do yet; he’s still a baby,” he added. “It’s not going to be easy by any means. We’re going to have a very difficult task, but so is Haney. People have to understand; this is Haney’s toughest fight to date. Let’s see how he responds.

“I’m very confident when I say this, this has been Linares’ best camp. Every fighter says that. His sparring has been great; the weight has been great, mentally he is at a great stage. He is 4-0 against Matchroom fighters alone. On May 29th, it will be five.”