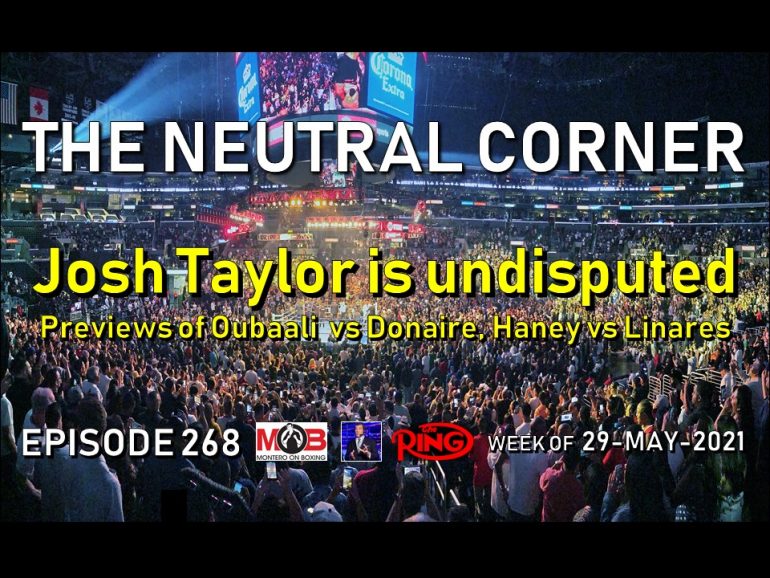 25
May
by Michael Montero

On episode 268 of The Neutral Corner boxing podcast, host Michael Montero gave his thoughts on the upcoming welterweight showdown between Manny Pacquiao and Errol Spence Jr.

The fight was announced late last week via social media posts from Pacquiao. The Filipino icon, who will turn 43 years-old later this year, is set to face the undefeated American on August 21 in Las Vegas. Two welterweight world titles will be on the line.

Spence, who was just five years-old when Pacquiao began his professional fighting career, will be heavily favored. Montero argues that should Pacman pull off the upset, his legacy would surpass that of Floyd Mayweather, who beat Pacquiao in 2015.

Pacquiao vs Spence will be broadcast live on Fox PPV.

After a fast start from Ramirez, the Scotsman found his groove in the middle rounds, scoring knockdowns in the sixth and seventh rounds. Ramirez made a strong push in the championship rounds to narrow the gap on the scorecards, but all three judges scored it 114-112 for Taylor.

“The Tartan Tornado” has now completely unified the junior welterweight division and solidified his position as one of the best pound for pound fighters in all of boxing. The combined record of his last six opponents was 136-1, including four current/former titleholders. With the win Taylor improved to 18-0 (13 knockouts) and joined others like Teofimo Lopez and Oleksandr Usyk as fighters who have accomplished undisputed status with less than 20 pro bouts.

@33:45 a rant on selective outrage about Kenny Bayless
@44:05 where does Josh Taylor rank pound for pound?