Carlos Cañizales has time on his side 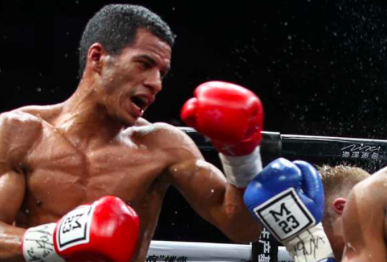 25
May
by Diego Morilla

The COVID-19 pandemic has altered every schedule and impacted or delayed almost every event planned in the world for the better part of the last year, and boxing has not been the exception.

But you wouldn’t know that from talking to Carlos Cañizales.

“I always do things calmly. Everything at the right moment,” said the WBA junior flyweight champion, who is set to defend his belt against Mexico’s Esteban Bermudez (13-3 y 9 KO) in Mexico City this coming Friday, May 28th, in a new Boxeo Estrella TV monthly card (10 PM ET).

In the co-main event of the night, Colombia’s Belmar Preciado (21-3, 14 KO) and three-time world title challenger David “Severo” Carmona (21-6, 9 KO) will face off with a regional title at stake in a 10-round bout. 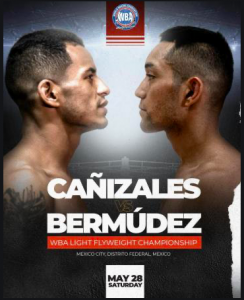 “I kept training every day in my gym, I never stopped training because I always knew that I could have my opportunity at any moment, and here I am, grateful to have the opportunity to defend my title for the third time here in Mexico.”

Getting to the “here” that Cañizales mentions was quite a complicated journey. He became one of the most promising young talents in the lower divisions when he traveled to Japan to fight for the WBA title against Ryoichi Taguchi in 2016, in a fight that ended in a dubious draw.

Fifteen months and three fights later, he returned to Japan and finally became a world champion when he defeated Reiya Konishi to lift the very same belt he had been denied against Taguchi.

Three months later, Cañizales traveled to Malaysia and defended his title against China’s Lu Bin in the Pacquiao-Matthysse undercard. But then he had to wait almost another year to make his second defense of the title, traveling to Japan to defeat Sho Kimura in May 2019.

That was the last we heard from Cañizales (22-0, 7 KO) until now. But delays and long hiatuses were not strange to Cañizales. At one point in his earlier days as a fighter, he was forced to put his career on hold after becoming a teenage dad. He had to support his family with a job at a bakery, but he never lost sight of the prize.

“It was tough because I had to work, since I had just become a father. I worked and trained, but little by little and thanks to the trainer I had, Nicolas Hernandez, who guided me all the time, I am here today and giving my best,” said Cañizales, who still lives in his hometown of Caricuao, in the outskirts of Caracas, Venezuela. “I am a gym rat, I am there all the time, and I feel a better person for having done that.”

With Venezuela engulfed in an unprecedented economic crisis, augmented by the COVID-19 pandemic, the prospects of Cañizales having a title fight in his homeland are bleak, but the 28-year old champ believes that this only plays in his advantage.

“I think that I give a better show when I fight in my opponent’s backyard,” said Cañizales. “I won my title in Japan and I defended it two times in Asia, and I have no worries about doing in Mexico. I am very proud of being a world champion for my people and defend my title for them, to take it back to Venezuela,” he added, noting that he shares with WBA super featherweight titlist Roger Gutierrez the honor of representing his country at the top of the boxing world.

Traveling to Mexico, however, implies that he will be aiming for an even higher peak, both in boxing standards as in actual altitude above sea level. But Cañizales is confident that his preparation is more than enough to take on this challenge.

“We searched for the highest point in Venezuela to replicate the circumstances of the venue of the fight,” says Cañizales, pointing out that the relatively high altitude of his hometown of Caricuao served him well to prepare him for the oxygen-deprived heights of the Mexican capital. “In Venezuela I was very relaxed. I had the chance to work with several great sparring partners, and everything went really well, I am well prepared to defend my title.” 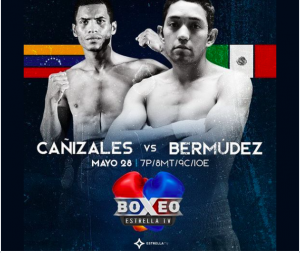 Readiness is half of the battle, but a motivated opponent fighting for pride and country in front of his own people will not exactly be comparable to the downhill portion of the morning run. Still, Cañizales see nothing but additional motivations in that challenge.

“All Mexican fighters go to war. I think I will be prepared and there will be a war in Mexico, people will be very happy. I have always been aggressive and that’s my style.”

A cue of his aggressive style can be found on the three letters embroidered on his trunks: CCC. Although they originally come from an acronym formed with his initials that also includes his mother’s surname (Civira), the moniker clearly evokes references to another popular and aggressive fighter in former middleweight king Gennadiy Gennadyevich Golovkin.

Cañizales says he feels honored by the comparison, but he prefers to mold his style around another famously aggressive champ with whom he shares not only the ferociousness of the Latin American school of boxing, but also a nickname involving the letter C as well. And not only as an initial.

“I like the way ‘Chocolatico’ fights,” he said, mispronouncing Roman Gonzalez’s nickname to give it a more Venezuelan flavor. “For me, he is my fighter. He is one of the best fighters ever in the lower weight classes. I would love to be like him, and end up being recognized as one of the best little guys in history.”

A lofty goal indeed, to go with the most common goal ever mentioned in the history of boxing interviews: “In the future I would like to unify my titles and do all the defenses that I can do before moving up in weight. That’s my goal.”

The goal is there, and the tools to achieve it.

The rush to get there? Not so much.