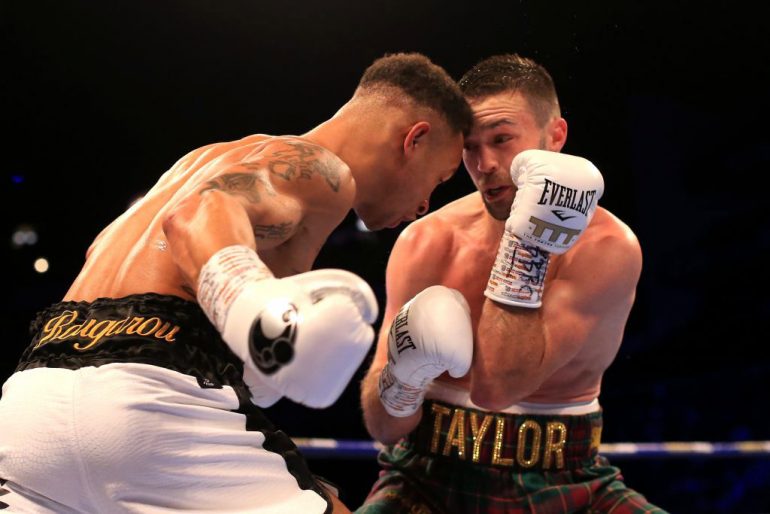 The Ring, WBA and IBF titleholder added the WBC and WBO titles to his growing collection to become the undisputed champion at 140 pounds.

Prograis, who is ranked No. 2 by The Ring at 140 pounds, like everyone else, enjoyed the fight.

“I expected it to go like that,” Prograis (26-1, 22 knockouts) told The Ring from his home in Katy, Texas. “Leading up to the fight everybody kept asking me who I thought was going to win. My prediction never changed, I definitely thought Josh Taylor was going to win.”

“At the press conference and weight in Josh Taylor pushed [Ramirez] and got him out of his character and I think Josh is very good at that,” he explained. “He gets you upset and you just want to kill him. That’s the same thing that happened with me. At the press conference he grabbed my belts, he touched them when they were on my shoulder. It pissed me off a lot and I just wanted to hurt him.

“I didn’t care about boxing, I really wanted to hurt him and it made me fight a dumb fight. He did the same thing with Ramirez and he got Ramirez out of his element. Ramirez is a nice guy, he doesn’t [trash] talk. At the press conference and weigh in Taylor was in Ramirez face talking to him and Ramirez was barking back at him. He never does that. He started very, very aggressive and it went against him.”

The turning point, which proved pivotal on the scorecards, were a pair of knockdowns the Scottish fighter scored in the sixth and seventh rounds.

“I actually thought he could and should have stopped [Ramirez],” he said. “When [Taylor] hit [Ramirez] with the uppercut the referee gave him 20 seconds to recover, he should have knocked Ramirez out but they gave him a long time [to recover].”

Although Ramirez recuperated and closed strongly Taylor was always a step ahead.

“I never score fights,” said the ex-titleholder. ” I’m not a judge, I want to enjoy boxing, so I don’t look at it like that.

Although it was a very good win, Prograis didn’t feel he saw anything new from Taylor.

“I wasn’t impressed, he was the same Josh Taylor who fought a bunch of times, it didn’t look like a big improvement,” said Prograis. “I think Ramirez is a limited fighter. I thought Taylor was going to stop Ramirez. Ramirez gets hit; he can’t really handle boxers too well. [Viktor] Postol and [Jose] Zepeda were hitting him with a lot of shots but they don’t have the power me or Josh Taylor have. They don’t possess that one punch knockout power. When he fights someone who can box, move their feet a little bit and can punch, I always thought he was going to be in trouble and that’s what happened.”

Unsurprisingly, Prograis wants another crack at Taylor. However, he doubts it will be next or even at 140-pounds.

“I definitely would like the rematch down the line,” he said. “I think he’s interested in the rematch too but right now let him enjoy his belts.

“I think at the end of the day we’re prize-fighters and we fight for big prizes so me and him will probably have the rematch at 147 eventually.

“It shouldn’t be next, if I was him, I wouldn’t fight me next, for what? There’s no point, let’s make the event bigger. We’re fighters but I’m a businessman too. Make it a way bigger event. It doesn’t make sense to do a rematch right now. I think it’ll be a way bigger once I’m a champion at 140 and then go to 147. Right now, there would be interest and intrigue from the boxing world but once we both go up to 147, I think the world will want to see that fight.

“I think we can have a really big event at 147. I definitely think me and him have to have a rematch and probably even a trilogy one day.”

With that in mind, Prograis has his eyes on two of his fellow American standouts but has doubts one of them will face him.

“I was hoping to get Adrien Broner,” he said. “He kind of went ghost for a while, he’s not on social media, nobody knows what’s going on.

“Now Gervonta Davis and Mario Barrios are fighting, maybe I can fight the winner of those two. Honestly, I think Tank should be able to win that fight, I’m not too high on Mario Barrios.

“[Floyd] Mayweather [Jr.] and Leonard Ellerbe said they like that fight [with me] for Tank and he’s said he wants to fight me. If we can do that, it would be a huge fight.”