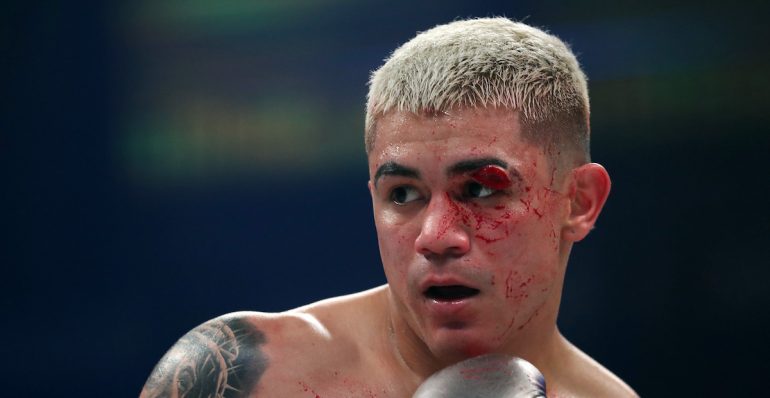 The July 9 clash between Joseph ‘Jo Jo’ Diaz and Javier Fortuna has been approved by the World Boxing Council (WBC) as an interim world lightweight title bout, the sanctioning body announced Monday afternoon.

The 12-round bout will take place at Banc of California Stadium in Los Angeles, California and will stream live on DAZN.

The winner of the Diaz-Fortuna will face the winner of this Saturday’s clash between WBC lightweight titleholder Devin Haney and Jorge Linares, which will take place at the Michelob ULTRA Arena inside the Mandalay Bay Resort and Casino in Las Vegas, Nevada and also stream live on DAZN.

The WBC had received a request to sanction the Diaz-Fortuna fight as an interim world title bout, which the sanctioning body granted.

Diaz (31-1-1, 15 knockouts), who grew up in the Los Angeles suburb of South El Monte, is moving up in weight to challenge Fortuna after fighting a handful of fights as a junior lightweight. In his last bout on February 13, Diaz fought to a majority-decision draw against Shavkatdzhon Rakhimov. Diaz would lose the IBF junior lightweight title the day before at the weigh-in after weighing 3.5 pounds above the 130-pound limit.

Prior to the fight against Rakhimov, who was the mandatory challenger, the southpaw Diaz had not fought in over a year, when he defeated Tevin Farmer by unanimous decision to win the IBF title. His only loss as a pro took place in May 2018, losing to WBC featherweight titleholder Gary Russell, Jr.

Fortuna (36-2-1 1 ND, 25 KOs), who is ranked No. 6 by The Ring at 135 pounds, is the mandatory challenger for the WBC title and was scheduled to face unbeaten Ryan Garcia, also on July 9. Last month, Garcia withdrew from the Fortuna fight, citing personal and health issues that required him “to take some time off to focus on becoming a stronger version of myself.”

The 32-year-old Fortuna was scheduled to face Luke Campbell for the vacant WBC lightweight title in April of last year, but the fight did not take place because of the COVID-19 pandemic. The WBC title was declared vacant after Haney needed to time off to recover from a shoulder injury after successfully defending the title against Alfredo Santiago in November 2019.

Haney was eventually reinstated and has since made one title defense, defeating Yuriorkis Gamboa by unanimous decision.

Fortuna, who is originally from the Dominican Republic and now resides in Braintree, Massachusetts, was scheduled to face Linares last August, but that fight was cancelled after Linares tested positive for COVID-19 weeks before the fight. Fortuna faced fringe contender Antonio Lozado on November 22 in Los Angeles, battering him over six one-sided rounds before the fight was stopped.

Fortuna is promoted by Sampson Lewkowicz.