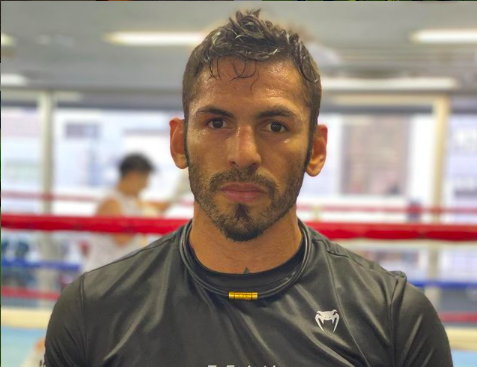 Jorge Linares has great respect for Devin Haney but believes his lack of experience will play against him.

The former three-division champion faces the rising star on Saturday at Michelob ULTRA Arena — the newly renamed Mandalay Bay Events Center — at Mandalay Bay Resort and Casino in Las Vegas, and on DAZN.

“I like Haney a lot,” Linares said. “He’s young, he’s fast, and he’s a very good talent. He has very good skills, but he lacks experience in big fights.” 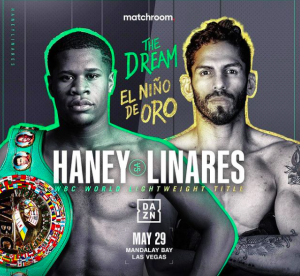 He has defended his belt twice via unanimous decision victories over Alfredo Santiago and former titleholder Yuriorkis Gamboa.

Linares implied that Haney is still developing and would eventually usurp his stardom. But unsurprisingly, the 35-year-old believes he still has the edge over his younger adversary.

“He’s not at the same level as I am right now,” he asserted. “I’m a four-time world champion, and I have fought with the best boxers in the world across several different weight classes.”

Linares (47-5, 29 KOs), a native of Venezuela fighting out of Japan, has won titles at featherweight, junior lightweight, and lightweight, including three defenses of The Ring 135-pound world championship.

“This is going to be a very hard opportunity for Devin Haney. He needs to be [in the best shape of his life] to [have success] in this big fight with me.”

He then went on to show his reverence once again for Haney.

“What I like so much in Haney is that he’s young, he has good speed, he uses his height to his advantage, and he has tremendous boxing skills,” Linares continued. “He has very polished boxing. I love that. I think we can make a very good fight.”

And despite his admiration of Haney, he also had a piece of advice for the undefeated titlist: “Talk less.”

“These young guys, they talk too much. Ryan Garcia is like that, too,” he stated. “They talk way too much. They need to fight legitimate world champions. That’s the most important thing.”

However, Linares, who has won two straight following a shocking first-round stoppage at the hands of Pablo Cesar Cano in January 2019, doesn’t blame Haney for using social media to his advantage.

“I don’t care too much about social media. Devin is young, and he uses social media to show everyone that I’m old and past my prime.

“The most important thing for me is my training and my preparation for this fight. I have more power, and I’m a better puncher than Devin Haney.”