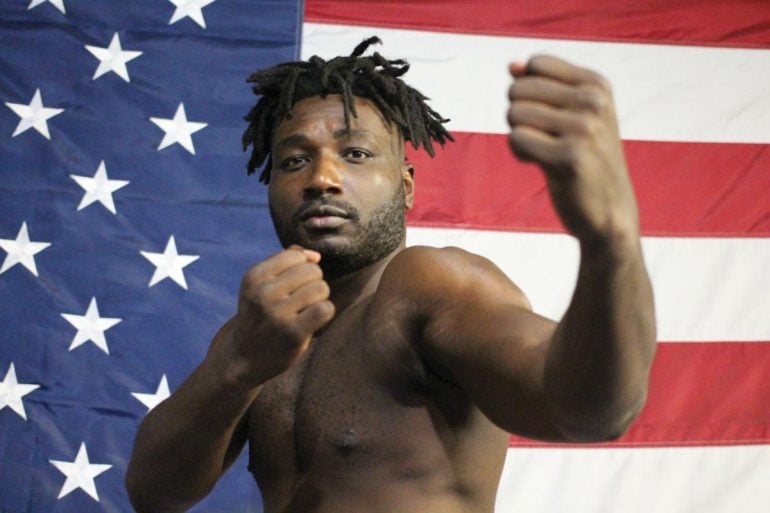 Just over a week after his first round knockout of Jayvone Dafney on a “Top Rank on ESPN” card in Las Vegas, Jeremiah Milton was scrolling on his phone when he came across a tragic story. Rashed Al-Swaisat, a 19-year-old Jordanian amateur boxer, succumbed to injuries sustained during a third round knockout defeat, on April 16, at the AIBA Youth World Championships, in Kielce, Poland. His mind then became preoccupied with “What if?” scenarios.

Milton truly believes he dodged a major bullet. He clobbered Dafney with a right hand that left his man knocked out on his feet against the ropes, with a look not unlike a deer in the headlights. Milton then exemplified irreproachable restraint. With referee Tony Crebs observing from a distance by the opposite corner, he had every opportunity to land himself a highlight-reel knockout.

But Milton held back. And for the next week, an array of emotions crossed his features. He thought about his newborn son, who he yearns to aspire to live a life of humility. He also thought about Dafney, who he considered a steppingstone but that also came with a tremendous amount of respect for just getting in the ring with a hungry lion. “What if I didn’t show restraint? What if I landed another hard combination? What if Dafney died as a result of my actions?”

“I have sat back and played that fight over in my head a number of times,” Milton recalled to The Ring. “In the moment, all of those things played out in my head. What if I punched him again; should I have punched him again? All of those thoughts came into my head at once. My body wanted to land that KO shot badly but my mind was like, ‘No. Don’t do it.’ I noticed how bad he was hurt before the referee stepped in.

“It was all in the moment and it came down to a matter of control. I have made it this far in my 27 years in this world by having really great control and having a sharp thought process. From my perspective, I saw everything happen with my eyes and I was planning my next move. Meanwhile my brain was making its next assessment. It all happened so fast.”

Boxing is a sport that can be a matter of life and death. Milton knew this very well going in. According to a survey collected by Manuel Velasquez in 2011, an average of 13 boxers dies in a single year. 2019 was a particularly rough patch for the sport, as four pugilists – Maxim Dadashev, Patrick Day, Hugo Alfredo Santillán and Boris Stanchov – passed due to injuries suffered in the squared circle.

Milton asserted that he takes no pride in punching a man who is clearly out of the fight to boost his own image.

“Death happens in the ring and in life,” he stated. “It’s just one of those things. You never know when it’s going to happen and it happens when you least expect it. Some people have told me, ‘Oh, you can literally get away with killing someone.’

“I don’t want to do that to anybody. As far as my career is concerned, I have bigger heights to reach and goals that I want to achieve. At the end of the day, I’m very happy that Jayvone Dafney is OK. That’s the most important thing.”

The 6-foot-4, 231-pound Milton was a defensive end at Northeastern State University in his home state of Oklahoma before choosing boxing as his permanent home. He captured a silver medal in the 2020 Olympic Trials but once the Tokyo Games were first postponed due to the COVID-19 pandemic, he packed his bags and decided to turn pro. We asked Milton if his sportsmanlike conduct was founded on the football field.

“Most certainly not,” he laughed. “Boxing was always my passion. I only started playing college football my senior year of high school; believe it or not. I was late to the game for both sports but boxing was always where I truly wanted to be.

“I don’t think me being humble has anything to do with my introduction to other sports personally. When I played football, it was the most narcissistic sport I have ever been a part of. I mean, seriously, they brainwash you to bash another guy at full speed with your head over and over again. All these guys got so hyped up and thought they were so hard because they played football, to be honest with you.”

Milton is grateful to his mother Christine Milton and extols and praises the woman who instilled the wholesome family values he hopes to pass on to his young son, who was born less than a year ago.

“Sports have been a big part of my life but I wouldn’t be here without my mom,” he added. “I grew up in an environment where I was constantly told that my actions make a difference. I was raised in a very decent household and my mother pushed a lot of good values into me.”

Christine, who agreed to speak on Wednesday afternoon, said that she knew Jeremiah, the youngest of six boys, was special from an early age. 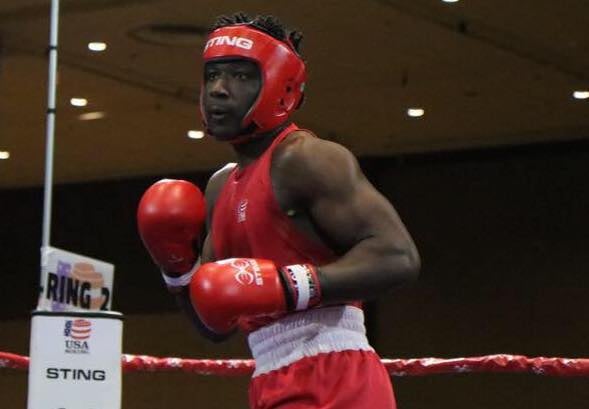 “I’m extremely proud of him,” she told The Ring. “He has come a very long way. He had it tougher than all of the other siblings because they weren’t around for him very much.

“He has always been a very ambitious and self-motivated individual. I’m so proud of him and I know that he knows that. He’s the only one [of my children] that graduated and went to college. And becoming a father has only motivated him more to do better.”

Milton also exposed another side to the boxer, revealing that her son also received a musical scholarship at one point. However Jeremiah ultimately decided not to pursue it as a career.

“It was a choir scholarship,” he later revealed in a text message. “I love the guitar. I bought one last year and hope to learn to play it [soon].”

When asked to pick one value passed on from his mother that stands apart from the rest, Milton’s selection speaks volumes to his charisma both in and out of the ring.

“My mother always pushed me to never give up and to follow my dreams but, most importantly, she told me that quitters never reach their full potential. And I’m no quitter,” he declared. “My life has seen its fair share of challenges and disappointments. At one point, it seemed that I would never get my shot.

“But you have to keep going. That’s my thing. That’s my secret. I know deep inside that I’m something special. I wake up every morning with the same thought process at all times. One day, I’m going to be a million-dollar man. I’m going in the right direction and I’m a man that stands by my word and that goes a long way in boxing.”

Milton also provided advice for his son. While he doesn’t necessarily expect his offspring to become a professional boxer, he expects him to apply himself 100 percent to his career of choice.

“What I want my son to take from watching his father’s life, whatever you choose to do with your life, just be yourself,” he stated. “You’re going to have a lot of people, especially on social media, who will try to knock your dreams. As long as you apply yourself 100 percent to your craft, I guarantee that you will accomplish everything you set yourself out to do.”

Christine also recalled a past conversation she had with Jeremiah and her advice was basically a carbon copy, passed from generation to generation.

“I told him a while back that he needs to focus on what is best for him and to ignore the people who are telling him that what he’s doing isn’t possible,” she stated. “He did some wrestling in high school and played college football but boxing was always his dream. Sports has always been his passion.”

The last time we spoke with the rising heavyweight prospect, he and the mother of his child were still together. However, according to Milton, that is no longer the case – at least for the time being.

We had previously discussed the challenges of balancing both being a father and a professional boxer. Now it is a bit more complicated but Milton explained that he is doing everything in his power to provide for his son.

“I’m trying to get into a position where I can financially afford to do more [for my family],” Milton said. “That’s the reality of being a professional boxer. I said going in that this was going to be really difficult at the beginning. When I’m in camp, I’m in camp. When I’m not training, I’m trying to find different ways to contribute before I have to train again.

“At the moment, it’s just growing pains. Boxing puts a lot of pressure on families and it’s not exactly the life that everyone wants.”

However Milton says he thrives under pressure.

“My life has been one challenge after one another and I want to be thrown in there with the best. I want to be a world champion fighter.”

But if Milton has demonstrated anything, it’s that one doesn’t have to sacrifice his or her humility to accomplish one’s dreams.