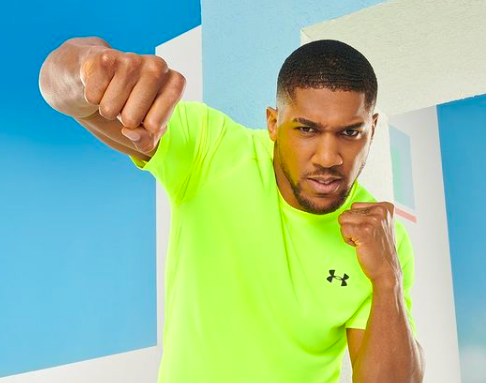 19
May
by Michael Woods

They maybe won’t fight on Aug. 14, as seemed to be the plan. But maybe the tiff between Anthony Joshua and Tyson Fury on Twitter Wednesday will tide you over, until the match is cemented.

If you are scoring at home, AJ launched the first text missile, as he called Tyson Fury a “fraud.”

And what, you thought fellow Englishman Fury, the Traveller, would hold his fire, and not return it?

Fury responded that it was no secret that an arbitration was going on, only he used more colorful terminology:

Joshua added video evidence when he answered the above Tweet: 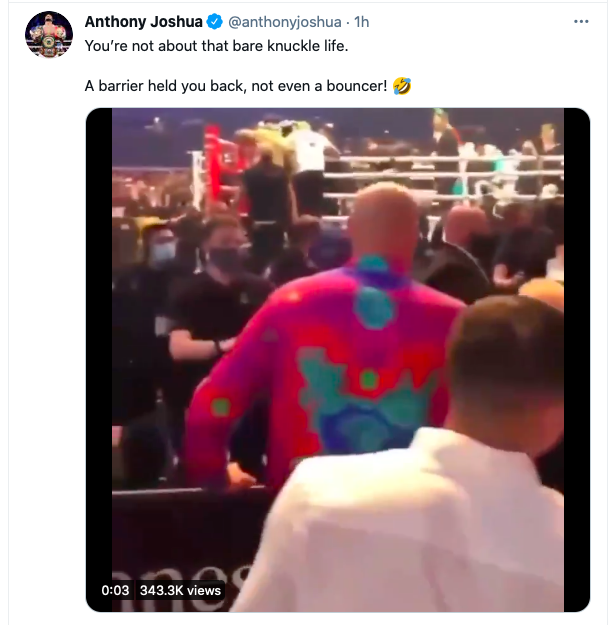 AJ posted video of Fury not entering the fray at the Canelo v Billy Joe Saunders match in Texas, when a Saunders crew member was getting handled by security.

AJ kept at it:

And you know Fury wouldn’t let that go…

If you are scoring, you might have given Joshua the nod, with the stealth reTweet, from AJ’s tag partner “Irish Brian.” 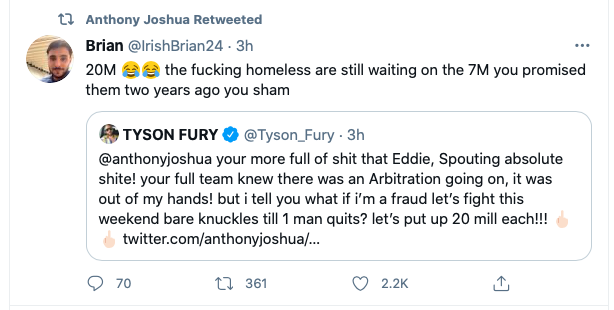 I know, this all is a sad replacement for the real thing, isn’t it, since nobody in their right mind thinks they’d meet up and do a bare knuckle battle until one man can’t stand any longer?

But it’ll have to do, for now.