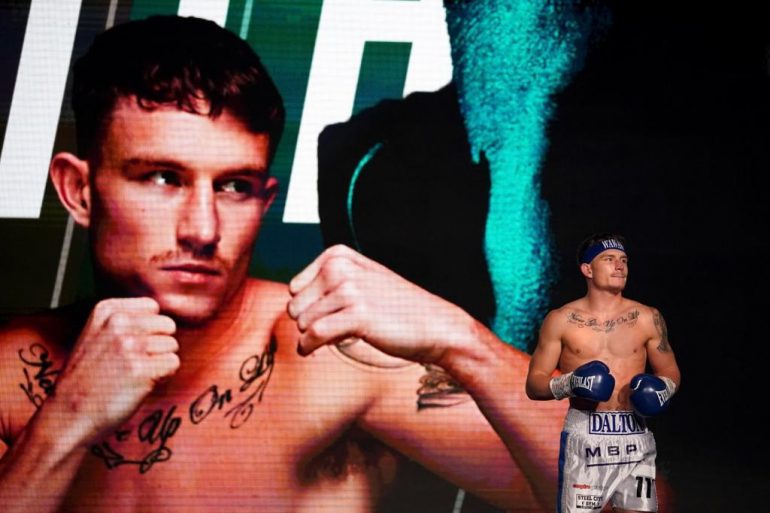 Best night of pro career and why: Smith is most happy with his fifth-round stoppage over Nathan Bennett (9-1, 2 knockouts) at the Matchroom Fight Camp in August 2020.

“It was quite a big step up at that stage of my career,” Smith told The Ring. “I put on a career best performance and showed my class. That, for me, was one of those that stood out.”

Worst night of pro career and why: Smith feels his debut, a four-round decision over Luka Leskovic, was less than impressive.

“I went in there and it was the pressure and nerves, I was trying too hard,” he admitted. “I just thought I could blow the kid out of there but it didn’t happen because I was forcing the fight.

“You can’t just go in there and try to steam people out, even though you’re better than them. You’ve got to go back to basics and what my dad’s telling me.”

What’s next: The 24-year-old will step up a level against wily veteran Lee Appleyard at the Manchester Arena on Saturday. Smith feels he’s ready for the challenge. “I think it’s a perfect fight for this stage of my career,” he said. “Lee’s an experienced guy, someone who’s coming to fight and dig in for 10 rounds.

“It’s the English title, my first title fight, so I’m prepared for a pretty tough 10 rounds. I think this fight is going to bring the best out of me.”

Why he’s a prospect: Smith was a successful amateur. He won national titles from when he was a schoolboy right up until he was at senior level. He was the European Youth champion in 2014, the Commonwealth Youth bronze medalist in 2015 and the ABA champion in 2018.

The Sheffield-born fighter boxed for England from the age of 13 and was a part of Team GB for five years. He had aspirations of going to the Rio Olympics in 2016, however, changes in the weight classes prompted him to enter the pro ranks.

“To make the weight every day, it would affect my performance and I thought it was the right time to turn over,” Smith explained. “It wasn’t what I wanted but looking back now everything has worked perfect.”

During his amateur career, the talented boxer-puncher fought in several countries including Bulgaria, Ukraine, Croatia, Samoa and Turkey. Smith shared the ring with experienced amateurs such as Ablaikhan Zhussupov and Dmitri Galagot and, at just 18 years old, competed against 2012 Olympic bronze medalist Yasnier Toledo Lopez in the World Series of Boxing, dropping a close unanimous decision.

In the past year he has been the main sparring partner for Luke Campbell, ahead of his fight with Ryan Garcia, and he has also gained valuable experience sparring with Jake Catterall, David Ayanesyan, Lewis Ritson and Robbie Davies Jr.

During his amateur days he twice travelled to the U.S. Olympic training camp in Colorado Springs to train. He sparred several talented Americans and shared the ring with the unbeaten former WBO featherweight titleholder Shakur Stevenson.

Smith, whose nickname is “Thunder”, feels he has two key attributes that will serve him well in the professional ranks.

“Being able to adapt,” he explained. “That’s the experience from the amateurs; I’ve boxed every style there is. After a round or two I can adapt. If my opponent changes the game plan, I’m able to change mine as well.

“I’ve also got a bit of punching power there as well.”

Why he’s a suspect: It’s still early in Smith’s professional career. His amateur pedigree will stand him in good stead, and he appears more than willing to challenge himself, as evidenced by the quality of the fighters he has sparred at home and abroad. However, there’s nothing quite like professional ring experience.

“It’s getting the championship rounds in,” agreed Smith. “Over my career I’ve only gone five rounds, amateur or professional. Getting that experience in the later rounds, having someone push me [is key.]

“I believe this fight will go quite a few rounds, that’s why we took the fight. I’m no finished article, I’m learning every day, I’m still a baby in the game, there’s loads for me to work on and brush up on still.”

Becoming a complete professional is a long process and Smith appreciates that. He is moving in the right direction, and if he can negotiate safe passage through the habitually durable Appleyard, then he can look to close in on a fight with British and Commonwealth titleholder Akeem Ennis Brown by the end of the year. 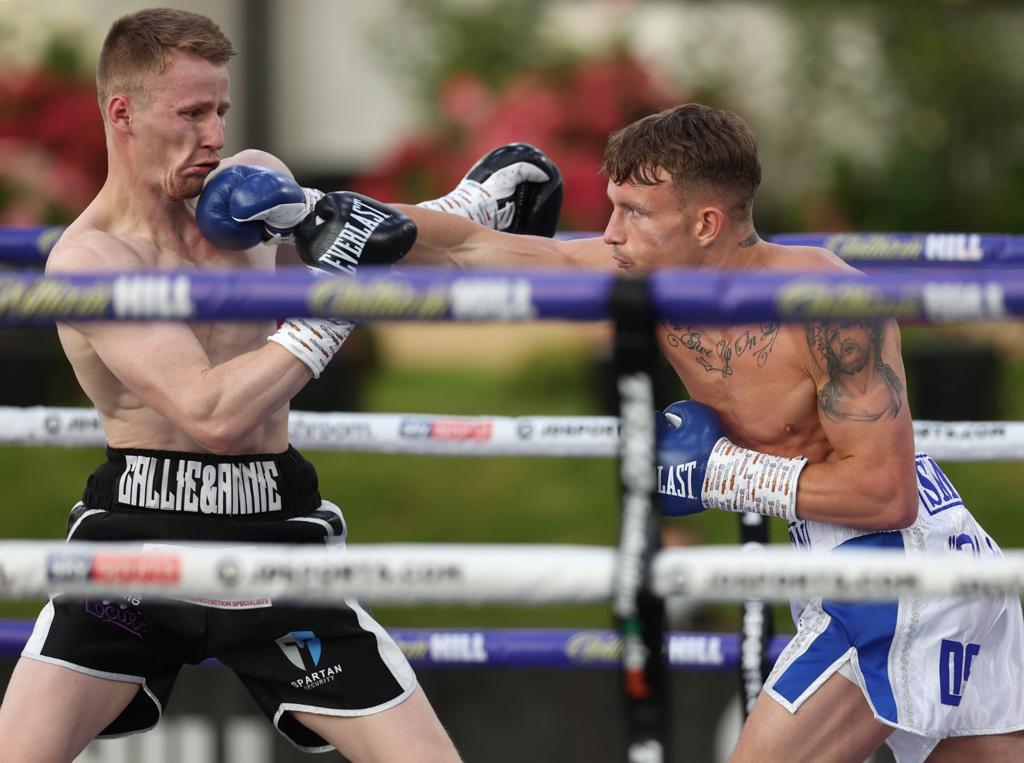 Storylines: Smith was born and bred in Sheffield and is the youngest of three children. His two older sisters both boxed and reached the final of the prestigious ABAs. They are now retired, leaving Dalton to carry the family name.

Although Smith is trained by his father, Grant, he says his grandfather as the one who steered him toward boxing. “He’s always been a big boxing fan, my dad never boxed,” he explained. “My grandad is probably one of my biggest supporters; he’s the one who used to take me to the gym. My dad was late because of work and raising two other kids.”

The young prospect has lofty goals in boxing and looks up to Joe Calzaghe, Fernando Vargas, Juan Manuel Marquez and Ricky Hatton: “I wouldn’t say [I fight] like somebody. I watch all different fighters and try to [put some of their style into] my style,” said Smith

“I want to reach the pinnacle and become a world champion.”

Smith enjoys fishing and walking his dogs in the countryside. He also enjoys off-roading and is a Sheffield Wednesday soccer fan.

“It’s not been the best of seasons for us,” he said. ” I get massive support from the club, so it would be nice to [put a smile on people’s faces].”

Smith-Appleyard takes place on the undercard of Joshua Buatsi-Daniel Blenda Dos Santos. The card will be broadcast by DAZN in the U.S. and Sky Sports in the U.K.