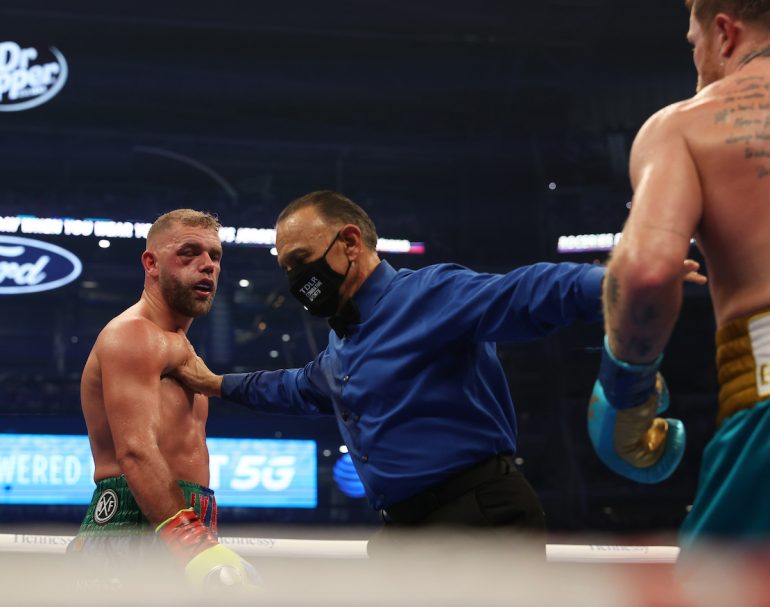 The previously unbeaten Saunders retired on his stool after the eighth round of his super middleweight unification bout at AT&T Stadium in Arlington, Texas. Saunders, 31, appeared distressed after taking a counter right uppercut to his eye in the eighth, and the damage was immediately visible.

Just at hospital in Dallas, @bjsaunders_ stayed in overnight. Suffered multiple fractures to orbital area and will undergo surgery this afternoon.

Saunders is far from the first boxer to suffer an orbital bone fracture. Kell Brook suffered one in his 2016 loss to Gennadiy Golovkin, as did Naoya Inoue in his 2019 win over Nonito Donaire Jr.

Saunders criticized British heavyweight Daniel Dubois after he retired in a fight with Joe Joyce last year due to an orbital bone injury, saying he would not have done the same even if his orbital bones around both eyes were broken. “Before I go on one knee I’d like to go out on my back with my pulse stopped,” said Saunders on the Ak and Barak show on SiriusXM radio.

With the win, Alvarez (56-1-2, 38 KOs) added Saunders’ WBO super middleweight title to the WBC and WBA belts, and looks set to target IBF titleholder Caleb Plant next for the undisputed championship.