Ringside: For Marvelous Marvin’s sake, let’s do something about the Jo Jos 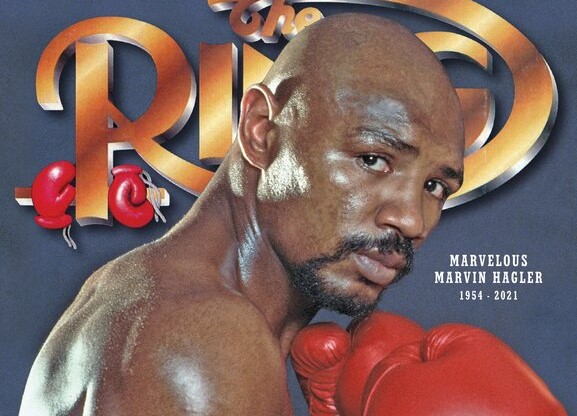 This ringside column appears in the June 2021 issue of Ring Magazine.

Marvelous Marvin Hagler was asked for his thoughts on three women being assigned to judge his 1984 rematch with Syrian slugger Mustafa Hamsho at Madison Square Garden. But a surly Hagler had no time for judges, male or female.

“These are my judges,” seethed the undisputed middleweight champion, raising both fists.

In November 1979, the Brockton-based destroyer had to settle for a split decision draw with then-middleweight champion Vito Antuofermo, and he held a grudge. Hagler finally claimed the crown by annihilating Alan Minter the following year, and heading into the Hamsho return, he’d brutally stopped eight of nine challengers. “These are my judges” was not hyperbole – he meant every word.

When Hagler finally lost his cherished championship to Sugar Ray Leonard in April 1987, it was a WBC-appointed judge that let him down. Hagler-Leonard, no matter who you thought won, was a very close fight, but one blind mouse by the name of Jo Jo Guerra managed to award 10 of 12 rounds to Leonard (118-110). It is perhaps the most notorious scorecard in boxing history, and “The Marvelous One” was so repulsed that he never boxed again. 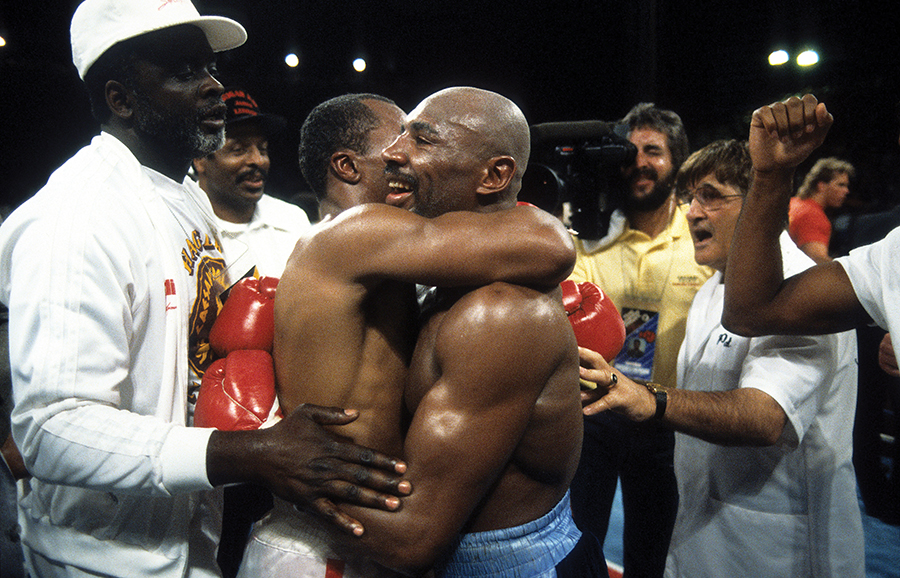 Hagler-Leonard was a great fight, but one lopsided official scorecard left a sour taste.

On March 13, 2021, the boxing world was rocked to its foundation by Hagler’s sudden and tragic passing. On social media, tributes poured in from all over the world and served to highlight just how revered and respected the great former champion is within his sport and beyond. The Ring chose to postpone a Sugar Ray Robinson special edition that was already in the works in order to compile this memorial issue, and we didn’t think twice about doing so.

Just hours after Hagler’s death, Juan Francisco Estrada avenged a previous defeat and unified the junior bantamweight championship by posting a 12-round split decision win over Roman Gonzalez. Like Hagler-Leonard, it was a terrific prizefight, closely contested, and opinions varied on the outcome. However, once again, a ringside judge became part of the story. One Carlos Sucre scored nine rounds for Estrada (117-111), suggesting that “Chocolatito” failed to turn up for work. Like Adalaide Byrd, who saw Canelo Alvarez winning 10 of 12 rounds against Gennadiy Golovkin in their controversial September 2017 draw, Sucre’s card was an insult to any fight fan’s intelligence.

But… STOP THE PRESS! This time, boxing took a stand.

Gilberto Mendoza, the WBA president, suspended Sucre pending an investigation. “We have to respect ‘Gallo’ Estrada, who made a great effort,” said Mendoza. “In this case, the judges favored him. However, I sent a temporary suspension while Sucre is heard, because big shows and fights like this one do not deserve the kind of score he gave. His decision was misguided yesterday.”

In a sport replete with problems, poor judging is currently angling for the top spot. It’s not just a U.S. problem (Estrada-Gonzalez 2 was staged in Dallas); the U.K. has also seen some horrible officiating in recent months.

In February, Spain’s Kiko Martinez ventured to London for a crossroads battle against highly touted prospect Zelfa Barrett. Martinez, 35, was considered over-the-hill, but the former junior featherweight titleholder hurt the youngster early, pressured him from bell to bell and maintained a frenetic pace throughout. The result? Barrett was given the nod on all three scorecards and two officials, Steve Gray and Bob Williams, voted 118-111 in his favor. Those numbers were miles away from reality, but there was no investigation, and both U.K. officials were back out scoring contests within a couple of weeks.

In a sport replete with problems, poor judging is currently angling for the top spot.

If that was bad, Lewis Ritson’s 12-round split decision win over Mexico’s former lightweight titleholder Miguel Vazquez last October was worse. Vazquez, 34, had been a reliable operator in his day, but he’d lost four of his previous seven outings and was in the twilight of a 51-fight career. Younger, fresher and in better form, Newcastle’s Ritson was a heavy pre-fight favorite. Then the bell rang. Vazquez boxed brilliantly in almost every session and Ritson was chasing shadows. Beyond puzzling was that the home fighter’s corner seemed quite pleased with how the fight was unfolding. “You’re boxing very nice, considering you haven’t been in the ring for a year,” opined head trainer Neil Fannon between rounds nine and 10. That simply wasn’t true. Ritson looked awful, but he was still given the verdict by two judges. One of them, Terry O’Connor, who gave the fight to the Englishman by a despicable tally of 117-111, was seen on the Sky Sports broadcast quickly glancing at what appeared to be a cellphone during a round. The veteran official was called before the British Boxing Board of Control a week later and denied that he was holding a handheld device. But when asked about the silly numbers he’d come up with, his answer left the BBBoC “satisfied that Mr. O’Connor’s final score reflected his own opinion of the contest.” Our favorite word, “subjective,” saved the day, and O’Connor was back at ringside within two weeks.

It must be said that Matchroom’s Eddie Hearn, promoter of these shows, publicly condemned the scoring that favored his fighters, but while that’s amicable – even refreshing – it doesn’t solve the problem long-term.

The WBA, which is off my Christmas card list until it drops a hoard of secondary world title belts, has at least made the right decision in suspending an inept official. Every governing body, commission or board should now follow suit when the numbers don’t add up. Make it global. Maybe then judges will bring their A-game, and fighters, fans and media won’t be covering their eyes and ears every time a contest goes to the scorecards.

Our Marvelous Marvin Hagler tribute issue is available for purchase at The Ring Shop: www.ringmagshop.com