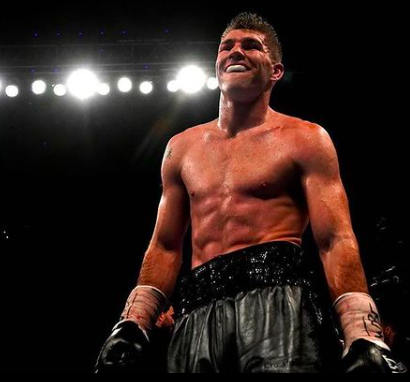 Brit Liam Smith decided to roll the dice, and play the outsider in Ekaterinburg, Russia on Friday, against Magomed Kurbanov, who resides in that city.

Was this a robbery? By no means. But was the home court advantage in play? That it was, especially with the width of the 117-112 card. 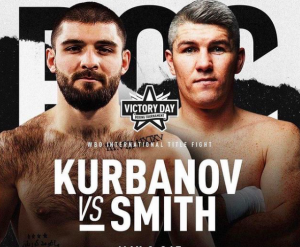 The WBO interim super welter crown was up for grabs, and a higher spot in the WBO rankings was also to be desired for the victor.

Smith sat at No. 2, behind Tim Tszyu, and WBO titlist Brian Castano. Kurbanov was number five in the WBO coming in.

Neither man has entered the top ten at 154 in the RING ratings.

The 32 year old Smith (29-3-1), from Liverpool and part of the fighting Smith family, came to Russia knowing he’d faced the better grade of competition, with bouts against Canelo, Liam Williams x 2, Jaime Munguia, Sam Eggington and Roberto Garcia, in his last tango, in December 2019.

The 25 year old Kurbanov (22-0), originally from Dagestan, was a street ruffian who found a reason to be in boxing. 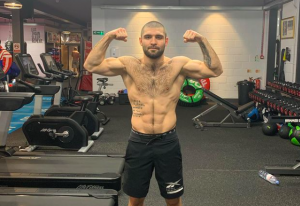 Kurbanov had his moments, but he let Smith be an effective aggressor for too many portions of too many rounds. Or so the writer thought…The judges didn’t agree.

In round one, a left hook sent Kurbanov to the mat, but the ref right away said no knockdown, it was a slip. Watchers maybe wondered if that non-call would prove meaningful down the line.

Things stayed tight in the ensuing rounds, with both men having luck countering and leading at times.

In the fifth, they toiled in center ring, where most of the action took place to that point.

Smith upped his aggressiveness as the rounds progressed, by the sixth he was stalking Kurbanov and the Russian was having to back up and slide to the ropes more often. At the end of the sixth, a nasty one two from the Russian landed clean on Smith.

Did Kurbanov feel the lead right from Smith in the seventh to the same degree? Maybe, it was a sharp shot. He did seem to adapt, though, and was able to make Smith miss with the two, and then counter with a quick right.

In the tenth, the crowd loved the three punch combo from the Russian which landed clean. There was some blood coming from Kurbanov’s mouth, this was now fully a fight, even though neither man was sloppy or inclined to trade, because of fatigue.

Smith’s pressure impressed me, but what about the judges, in Russia? In round 11, Kurbanov needed to hold more, to keep Smith at bay, but he still delivered some offense, and maybe he did more in the eyes of the judges.

The last round saw Smith trying to land that one-two, Kurbanov trying and mostly succeeding in slipping it. Smith periodically would indicate his displeasure to the ref that Kurbanov wasn’t being punished for hitting behind the head, but in this round, they mostly rumbled with no side drama. Then the ref decided to warn both, as he did a bunch, in a more amateur style.

They hurled, both of them, at the end of the frame. We’d go to the cards.

In the main support bout for the 8 bout card promoted by German Titov, Joel Julio got some work in, and a payday. The Colombian retired in 2011, but has dabbled in the sweet science a bit since then. 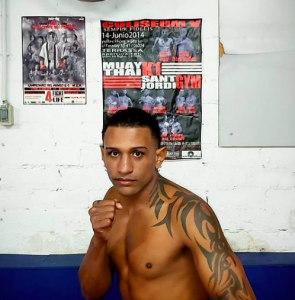 Julio, 36 years old, mostly boxed in retreat, and hit the deck in round six, off a left hook. The 30 year old Skavynskyi from Ukraine looked basic, but disciplined.

He edged forward, kept up consistent and measured pressure, and the two went the distance. Along the way, Julio had to taste hard rights to the body, and dodge power left hooks.

After ten rounds, the scorecards were tallied, and Skyvynski announced as the winner, by unanimous decision, with a little delay as Julio asked for time to fix his hair.

Julio debuted as a pro in 2001, and gained a few solid wins, over Cornelius Bundrage and Ishe Smith. But back to back losses to Sergiy Dzinziruk and James Kirkland removed some of his shine. His last meaningful fight came in 2010, when he took an L at the hands of the then 17-1 Alfredo Angulo.

Mind you, in case you are curious, Julio isn’t shot. He has reflexes, a bit of snap on his shots, he came in shape, and able to go rounds.