Ring size flap smoothed out, Canelo and Saunders will be in 22×22 space Saturday 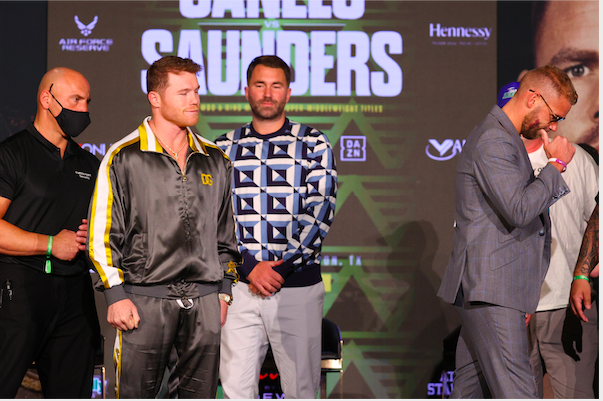 06
May
by Dan Rafael

ARLINGTON, Texas – The great debate has been settled. The Ring super middleweight champion Canelo Alvarez and Billy Joe Saunders will box in a 22-by-22-foot ring inside the ropes in their title unification fight on Saturday (DAZN, 8 p.m. ET) at AT&T Stadium after Alvarez bowed to the demand made by the underdog.

Asked on Thursday about the dustup, Alvarez said that he let Saunders have his way rather than force the issue on a 20-by-20 ring “because two feet more is not relevant for me personally. At this level you have to adjust to everything and I don’t have  problem with that (ring size). I’m sure he’ll have an excuse anyway. I don’t have a problem with that. I’ll go in there, I’ll fight and I’ll win.

“He wanted an English judge, (he had an issue with) the ring, there were a lot of excuses. We knew what kind of person he was. I’m only focused on winning. Its almost like he’s losing ahead of time. You can see it in his attitude. He’s an insecure person.”

With the agreement, thus ended the main commotion of fight week after Saunders threatened to pull out of the fight, leave behind a career-high multi-million dollar payday and fly home to England if he did not get a larger ring. 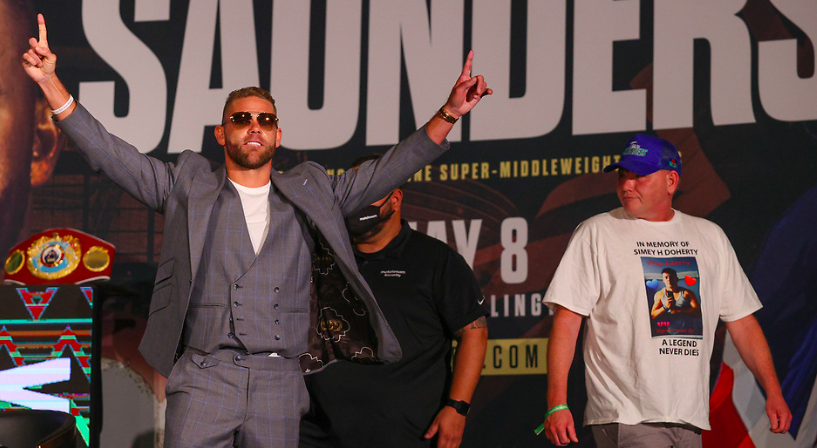 Saunders threatened to jet if he didn’t get his way on the ring size and Hearn was ready to let him. Photos by Ed Mulholland for Matchroom

According to Matchroom Boxing promoter Eddie Hearn, who promotes both fighters, Saunders, a technical boxer seeking as much room to move around as possible against the big-punching Alvarez, initially asked for a 20-by-20 ring. Alvarez (55-1-2, 37 KOs), 30, of Mexico, would have liked an 18-by-18 ring but was fine with 20-by-20, the size of ring he has often fought in.

But then Hearn said Saunders changed his mind and asked for 24-by-24 before eventually saying he would be OK with the 22-by-22 they settled on on Wednesday.

The size of the ring was not specified in the contract and was instead left to the discretion of the Texas Department of Licensing and Regulation, whose rules governing professional boxing in the state. Those rules say a ring can be anywhere between 16-by-16 up to 24-by-24.

Saunders (30-0, 14 KOs), a 31-year-old southpaw, has typically boxed in rings 20-by-20, which is the largest allowed under the rules of the British Boxing Board of Control. He also boxed in a 20-by-20 ring when he outpointed David Lemieux in Canada in 2017.

Further, Hearn said that Saunders’ two most recent title defenses, a decision over Martin Murray in December in London and an 11th-round knockout of Marcelo Esteban Coceres in November 2019 in Los Angeles, both came in an 18-by-18 ring.

After Hearn arrived at the fight hotel on Wednesday evening, he said he went to speak to Saunders about the situation and insisted to The Ring that he believed Saunders was serious about leaving if he was not satisfied with the ring dimensions.

“He said, ‘I will accept 22 feet, but not one inch less, inside (the ropes),” Hearn said. “I then went to Canelo and I said, ‘Look, this guy is saying he’s going home.’ I said, ‘I do think it might go to the wire, like Friday (until there is a resolution). He won’t do any media, he won’t do the press conference. 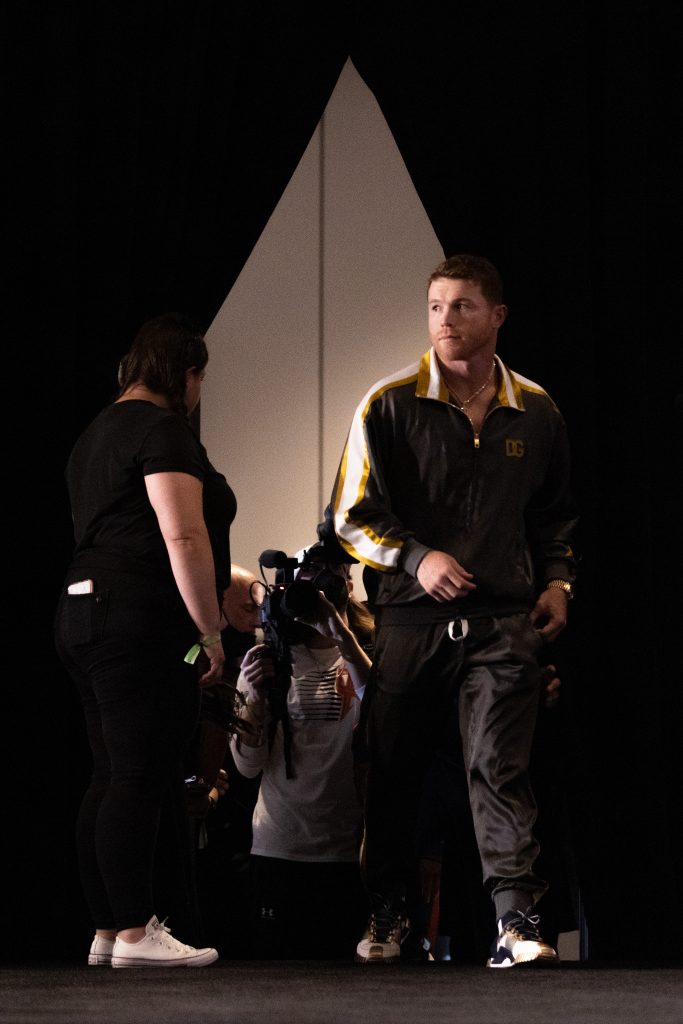 Bigger ring, smaller ring, no matter, the outcome will be the same, Canelo made clear. Photo by Michael Owens/Matchroom

“I was a little surprised but Canelo said, ‘No problem at all.’ He said it doesn’t matter at all and (Alvarez trainer) Eddy Reynoso was there. I said to Canelo, ‘If you accept this he’ll come out, he’ll do media and it will be done.’ And I said, ‘If you don’t, we’ll call the bluff.’ We’ll just say, ‘Alright now, leave.’ I said, ‘I’ve got John Ryder here and Carlos Gongora (as possible replacements). But Canelo said, ‘No, I want to fight Saunders.’ I think part of him wanted to let Billy have his way so if Canelo wins he wants to be able to say to Billy, ‘You got your way. No excuses.”