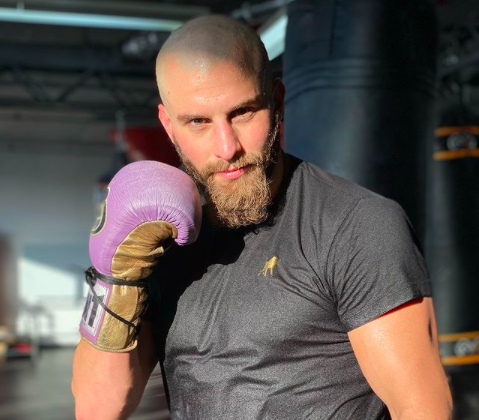 05
May
by Anson Wainwright 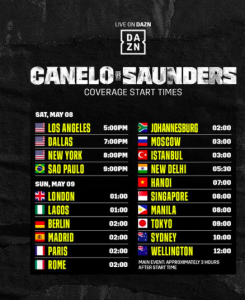 “It’s a good matchup in terms of style,” Lemieux (42-4, 35 knockouts) told The Ring. “Canelo better be ready to chase the runner but I’m not concerned for Canelo.”

Lemieux was widely outboxed when he met Saunders for the Brits WBO 160-pound title in December 2017.

It was an eye-opening performance by the talented British southpaw. Though Lemieux says there were mitigating circumstances that hindered his performance.

“I shared the ring against Saunders but months before the fight I had knee surgery, torn meniscus,” said Lemieux, who has since moved up to 168-pounds, won four consecutive fights and will next fight on June 4. “It wasn’t the best timing for me, a lot of the camp I wasn’t running or doing my sprints that help me be explosive in the ring. Anyhow that was then.”

The 32-year-old Canadian power-puncher has long campaigned to face Canelo. He feels boxing’s biggest star and current pound-for-pound king is at the height of his powers but believes Canelo has to be fully dialed in because of Saunders’ awkward southpaw style.

“Canelo is a very complete fighter,” said Lemieux. “But he’s gonna have to be ready for Saunders, which I’m sure he will be.

“Canelo is strong but as we’ve seen against the great [Floyd] Mayweather [Jr.], he has had some difficulty against slick and moving kind of fighters and let’s not forget [Erislandy] Lara.”

Ultimately, Lemieux feels the Mexican, who is in the thick of his prime, will know enough gain the victory.

“Canelo wins the fight but I won’t be surprised if it goes to decision,” he said. “Canelo wins a unanimous decision.”