Billy Joe Saunders threatens to pull out of Canelo fight 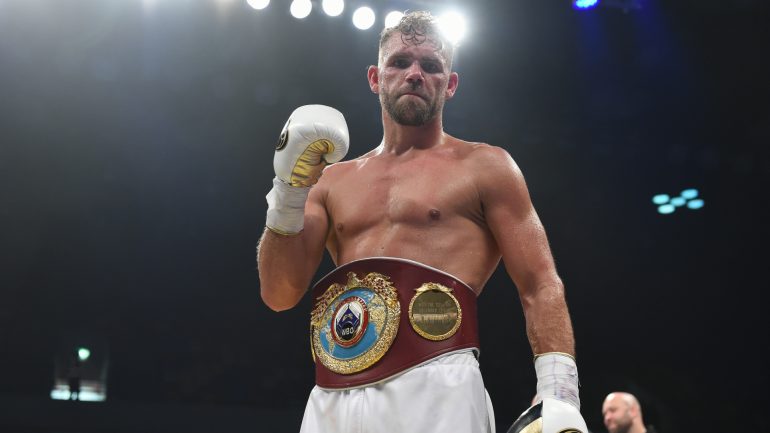 04
May
by Dan Rafael

WBO super middleweight world titlist Billy Joe Saunders is not a happy camper heading into the biggest, most lucrative fight of his career.

Saunders is slated to face Ring and WBC/WBA world champion Canelo Alvarez to further unify the 168-pound division on Saturday (DAZN, 8 p.m. ET) at AT&T Stadium in Arlington, Texas, where a crowd of perhaps 70,000 will be on hand for the most significant fight so far in 2021. 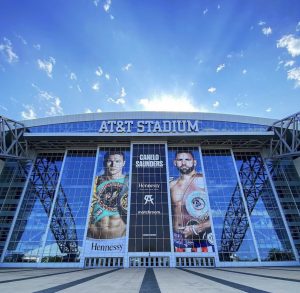 But Saunders, who touched down in Texas this past Saturday night, has made a likely hollow threat not to fight unless he gets his way about the size of the ring they will box in.

A pivotal part of Saunders’ arsenal is his movement, so the larger the ring – meaning more space to roam — the better it is for him.

Saunders and his father, Tom Saunders, claim they will skip out on the fight if they don’t have ring dimensions that are acceptable to them.

The 31-year-old southpaw Saunders (30-0, 14 KOs) would prefer a spacious 24-foot ring but it is supposed to be set up as an 18-foot ring, which would seem on the surface to more favor Mexico’s Alvarez (55-1-2, 37 KOs), 30, the bigger puncher, who will be aiming to give Saunders as little space to operate as possible.

England’s Saunders has largely declined to do media, especially in the United States, ahead of the bout, but he went on talkSPORT radio in the United Kingdom and addressed the situation.

“There’s a little bit of a hiccup today that everyone’s trying to resolve,” Saunders said on talkSport. “I’ve left that to my management team MTK, who’s over here sorting it. It’s quite a big hiccup to be honest. The problem is I’ve come over here and they’re trying to chuck me in a phone box of a boxing ring. (The stadium) is hundreds and hundreds of feet long and they want to stick a 16-, 18-foot ring in the middle of it.

“For me, that’s just unacceptable. I want a 24-foot ring and they’re saying it’s not gonna happen. I’ve left it to my team and I’m sure they’ll resolve it; otherwise there won’t be any fight. You can’t just fly me in here; show me the ring that we’re using. I’ve been training all of my camp in a 24-foot ring. It’s a unification fight, not a British 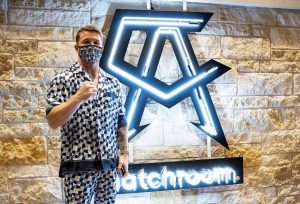 Plenty of folks believe the result will be the same, in a 16-foot or 24-foot ring.

Tom Saunders has claimed that promoter Matchroom Boxing has promised them a ring no smaller than 22 feet inside the ropes and that anything smaller that is the promoter trying to take advantage of his son.

Saunders received support from his good friend and Ring heavyweight champion Tyson Fury, who posted a video to his social media about the situation on Tuesday.

“You know, I just got off the phone with Billy Joe and it seems like they’re trying a lot of tricks here in Texas with him,” Fury said. “Just wanted to say you know you can try all the tricks in the mother f—— world but you ain’t gonna beat Billy Joe. Play fair guys, play f—— fair now!”

The Texas Department of Licensing and Regulation, which oversees boxing in the state, has specific rules that govern the fighting area that have been on the books since Feb. 1, 2006. The size of the ring is addressed in the first rule:

“Rings shall be square with sides not less than 16 feet or more than 24 feet inside the ropes, and the floor shall extend at least 24 inches beyond the ropes on all sides, and shall be of at least 3/4-inch material, adequately supported, and padded with ensolite or similar closed-cell foam that is at least 1-inch thick.”

So, the selection of an 18-foot ring is well within the Texas rules with Saunders’ desired 24 feet being the maximum allowed.

Saunders has also complained in the lead-up to the fight about whether the judges will give him a fair shake and claimed that Matchroom Boxing promoter Eddie Hearn, who promotes him and Alvarez, is favoring Alvarez, which Hearn denies.

Alvarez has yet to address Saunders’ beef about the ring size, but he did weigh in on his comments about fair judging.

“Excuses, excuses, excuses,” Alvarez said in on a recent call with a handful of boxing media. “We’re going to fight in the USA, not Mexico. It’s just excuses. But I hope we don’t need judges. I hope (to knock him out in) like eight, nine, 10 rounds. That’s what I expect.”