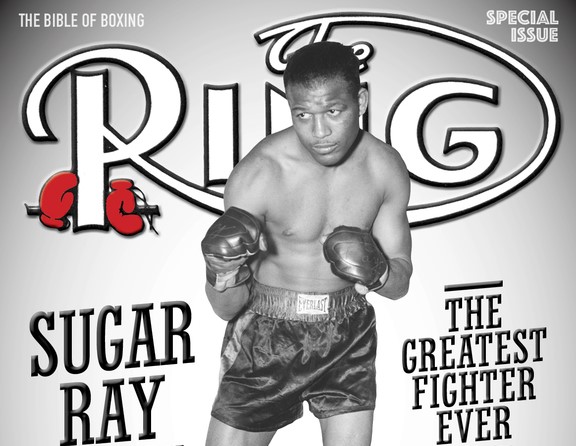 We at The Ring have been blown away by readers’ feedback on the special issues we’ve put out in the past year — the Gatti-Ward trilogy, Mike Tyson, Manny Pacquiao, Frazier-Ali I and our tribute to Marvelous Marvin Hagler — so this time we’ve put the spotlight on the greatest of them all: Sugar Ray Robinson.

Right up front, in a “Ringside” column that is very special indeed, Sugar Ray Leonard pays tribute to the idol whose name he would eventually share. And then off we go…

Robinson was a multifaceted man, to say the least; there’s a lot to unpack. The beginning is always the best place to begin, though, and Thomas Hauser does just that in “Diamond in the Rough,” which follows young Walker Smith Jr. on his journey to becoming Sugar Ray Robinson.

Then we dip into the archive for classic fight reports from the pages of The Ring. Penned by magazine founder Nat Fleischer, the reports cover Robinson vs. iconic opponents like Sammy Angott, Kid Gavilan, Joey Maxim and, of course, Jake LaMotta.

Next, it’s on to our feature stories. One of the more complicated aspects of Sugar Ray’s career was his relationship to the Mafia, which wielded heavy influence in boxing back then. Robinson resisted the pressure, which is probably why it took him so long to get a title shot. Writer Don Stradley jumps into the fray:

Eventually the titles came, of course, both at welterweight and middleweight. The legacy was already brilliant, but there was more to come. In “Try, Try, Try, Try Again,” historian Lee Groves details how Robinson took a brief stab at retirement before the lure of chasing another title brought him back. 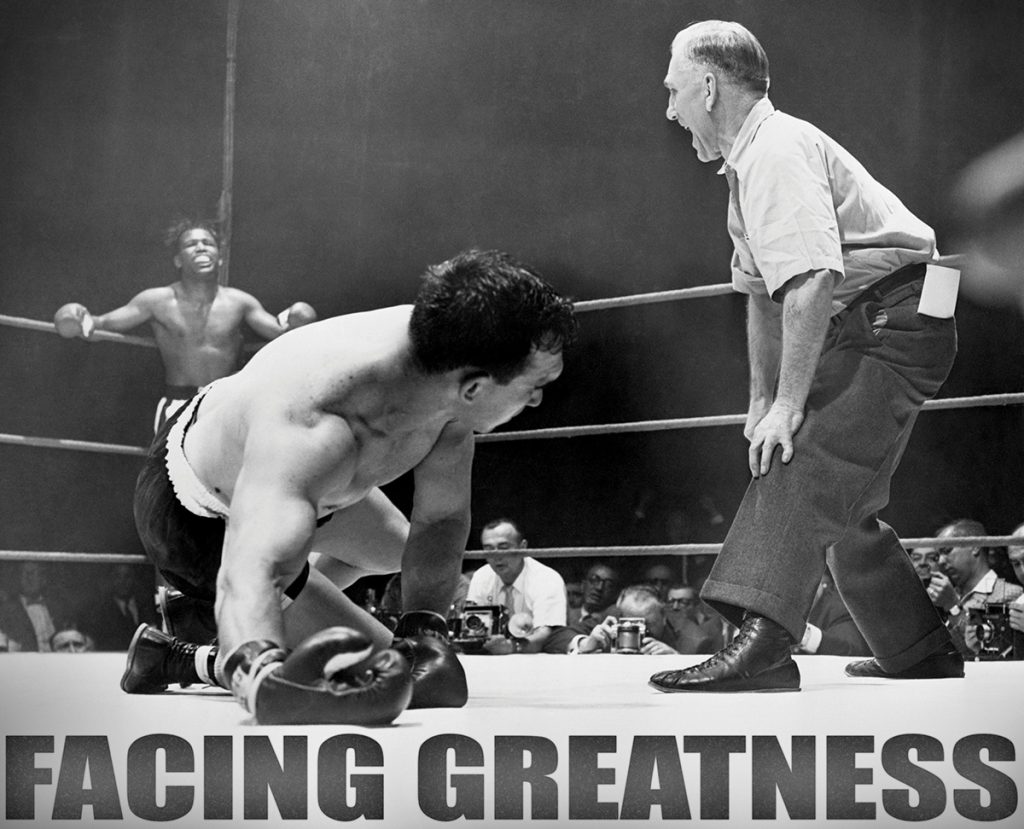 Sugar Ray Robinson rests in a neutral corner, stricken middleweight champion Gene Fullmer struggles to rise, while referee Frank Sikorka tolls off the fatal count in the 5th round of their middleweight title bout. Photo by © Bettmann/CORBIS/Bettmann Archive

And speaking of that retirement, Robinson spent much of it pursuing other interests, namely show business. Herb Boyd sets the stage …

Those who faced Robinson in the ring have largely become a part of history, but Tris Dixon had the opportunity to interview four of them before they passed away. He revisits those meetings in “Facing Greatness.”

First-hand accounts from those who saw Robinson from outside the ropes are also getting more difficult to find, but those memories — even if they are of a champion past his prime — are still fresh. Michael Rosenthal spoke to six men about seeing Sugar Ray in the flesh.

For a photo essay called “Through the Lens,” Editor-in-Chief Doug Fischer collected some rare images that show the more candid daily life of the champ in camp.

And finally, Gareth A Davies ponders the scenario of Sugar Ray Robinson in today’s world. How would he compare to modern icons like Sugar Ray Leonard, Manny Pacquiao and Floyd Mayweather Jr. in the digital age?

Given what we know about Robinson’s extraordinary mix of talent and charisma, the answer is a no-brainer:

And that does it for our tribute to the Greatest of All Time. It’s a labor of love that our team was honored to produce.