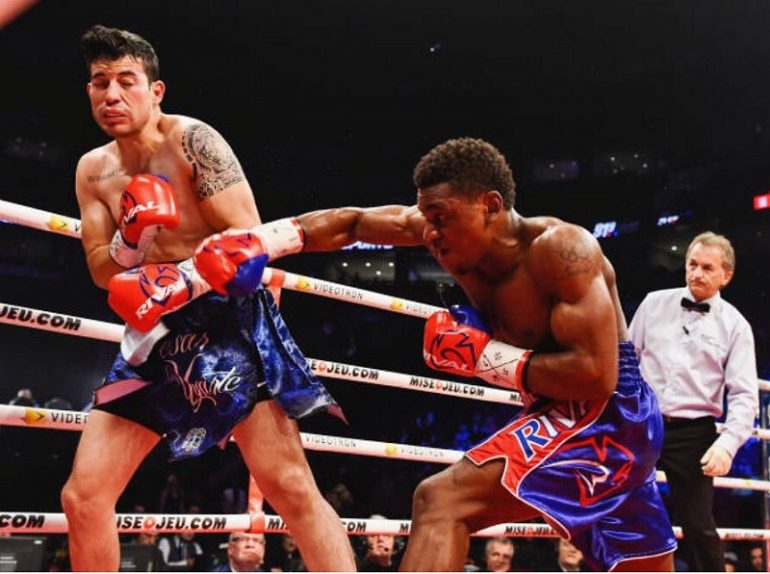 M’Billi (18-0, 17 knockouts) impressively stopped Jesus Antonio Gutierrez in five rounds at the United States Military Academy in West Point, New York, last Thursday, and a couple of days later, Berlanga (17-0, 16 KOs) was extended beyond the opening round for the first time when he dropped Demond Nicholson four times en route to an eight round unanimous decision at the Silver Spurs Arena in Kissimmee, Florida.

It left this writer musing about what would happen if M’Billi and Berlanga were to collide.

The fight has the makings of a can’t-miss all-action war. Both guys have significant artillery, neither takes a backward step, and both sport gleaming records. M’Billi is more of a grinder who breaks you down with a relentless pace, while Berlanga appears to have that one-punch knockout power. The winner would also take the step from prospect to contender.

M’Billi’s promoter, Camille Estephan of Eye of The Tiger Management, was quick to comment on such a matchup.

“M’Billi wants to show that he’s going to be a dominant force in the 168-pound division,” said Estephan. “Berlanga is a fighter with lots of hype, so there is no better opportunity than this one to take center stage.

“The fans seem to really want to see this fight, so I’m definitely open to the idea.”

M’Billi, who represented France at the 2016 Olympics before moving to Canada, was eager to lay down a challenge.

“I want this fight, it’s nothing personal, just business,” proclaimed M’Billi. “I want to be the best of the division. We both have an offensive style that can give a good show to the boxing fans.”