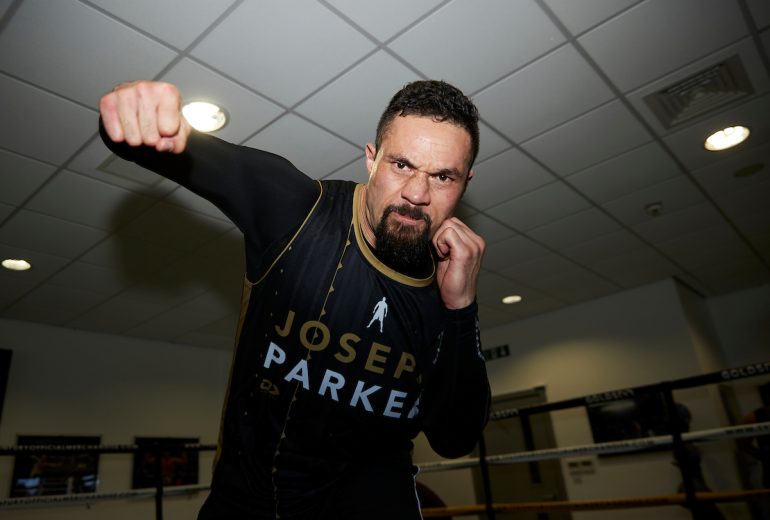 With a one-year layoff, an ongoing pandemic and a difficult style confrontation before him, it was perhaps no surprise that New Zealand’s Joseph Parker failed to dazzle in his last outing.

The former WBO heavyweight titleholder labored to a 12-round unanimous decision win over countryman and former amateur rival Junior Fa at the Spark Arena in Auckland on February 27. He was the aggressor throughout and a clear points winner, but the 29-year-old boxer-puncher was unhappy with his most recent showing.

“I expected a better performance and I wasn’t dominant,” Parker admitted during a recent conversation with The Ring. “Going into a fight, you want to win and look good doing so. Maybe [Team Fa} came up with a good game plan to avoid what I was trying to do, or maybe I was a bit one-dimensional. I was happy with the result, but I can do a lot better than that.

“I got 12 rounds in but my fitness will always allow me to go 12 rounds. In boxing it’s good performances that catch the attention and that performance wasn’t close to any of the good ones I’ve had in the past. But getting the win was great because it leads you into bigger and better fights.”

And that’s exactly what transpired. On Saturday, Parker will face battle-hardened British warrior Derek Chisora in an intriguing 12-round bout at the Manchester Arena in England. This will be the Kiwi’s fourth appearance on U.K. shores and he’s expecting a serious tear up against the enigmatic Londoner, who is coming off a competitive points loss to pound-for-pound entrant Aleksandr Usyk.

Against Fa, Parker was the chaser, however, against Chisora, he is likely be the chasee.

“This is the total opposite,” chuckled Parker, who is rated No. 5 by The Ring at heavyweight. “Derek just wants to come forward and make it an exciting fight, make it a brawl, and apply pressure with the volume of punches that he throws.

“It’s a very different style, but I’m excited to face Derek because we were scheduled to fight before [in October 2019]. I also want to see, with the training that I’ve been doing, how I handle this pressure. I can see it being a great fight because I won’t have to go looking for him.” 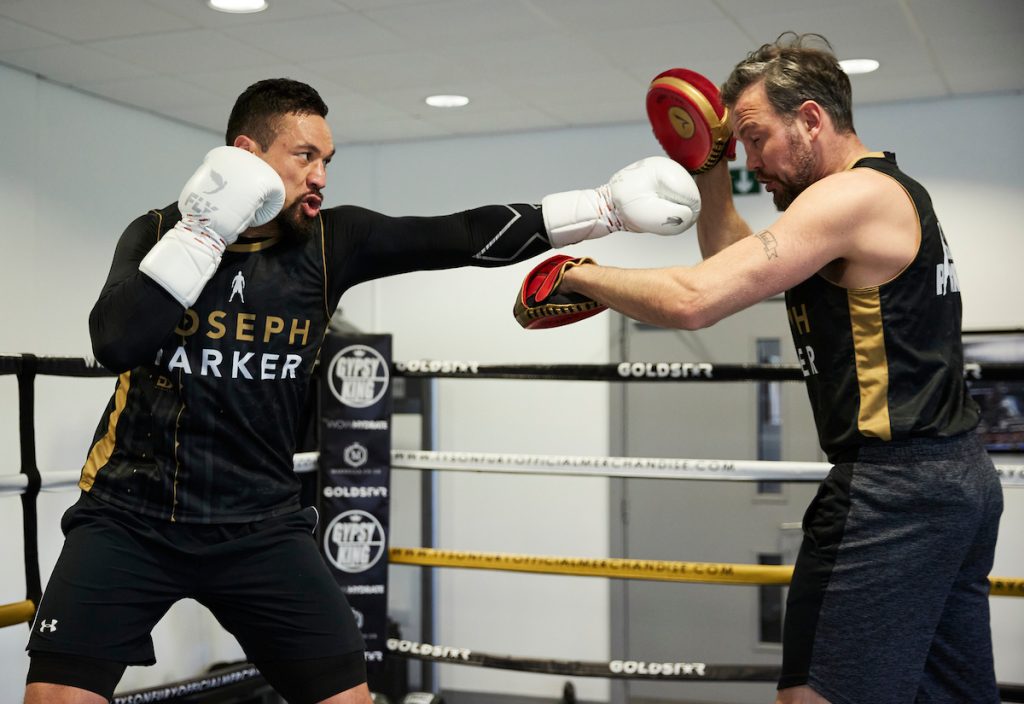 Following the win over Fa, Parker parted ways with long-time coach Kevin Barry. The pair had been together since 2013 and achieved a lot in the sport, so it was an amicable split and they remain close friends. A new coach was required and that void was filled by former WBO middleweight titleholder Andy Lee.

“Andy wasn’t trying to change a whole lot in this camp because the time we’ve had [for this fight] has been very limited,” said Parker (28-2, 21 knockouts). “We only had six or seven weeks of training together.

“We’ve added a few things which, if executed well, will be very good for us on fight night. It’s just the basics: keeping focused for every second of every round, stance, footwork… just working on these little things has made a big difference.”

Lee works in an assistant trainer capacity with reigning Ring Magazine heavyweight champion and WBC titleholder Tyson Fury. With an official announcement on an Anthony Joshua showdown supposedly imminent, Fury commenced training in his hometown. Parker has prepared himself in that very same gym in Morecambe, England.

“We had the opportunity to train with him for the first two weeks of camp,” said the former titleholder, who spoke to Fury about his forthcoming fight before “The Gypsy King” headed Stateside. “Tyson is good friends with Del Boy, I think he’s good friends with everyone, and he likes fighters. When we spoke about the fight, he just said that I should be smart.

“With Del Boy, if you stand there and trade, you’re giving him the chance to catch you. It’s just about being smart and using the tools that I have, which are good movement, good speed, picking the shots at the right time and letting it flow.”

Chisora (32-10, 23 KOs), 37, can blow hot and cold, depending on his motivation. He was unanimously written off heading into the Usyk affair but turned in a terrific performance in defeat. Parker’s status as a former world titleholder and the possibility of yet another big payday later this year should be enough to get Chisora’s tail up and his opponent knows it.

“When he’s motivated and he’s got something to push for, he’s going to bring war,” said Parker. “That’s the exciting part because I love pressure. I look forward to embracing it and making the most of the opportunity. This is also my opportunity because if I get this wrong, then there’s a lot of hard questions that I have to ask myself about boxing and my career.

“But I have youth on my side, I still feel hungry, and I look forward to achieving big things in the sport. Derek will be coming forward, throwing a lot of punches, putting on the pressure, but with the speed, the movement and what I’ve been learning with Andy, I feel like I can get the job done.”