Julian Rodriguez on Pedraza fight: ‘I’m going to prove that I belong with the top dogs’ 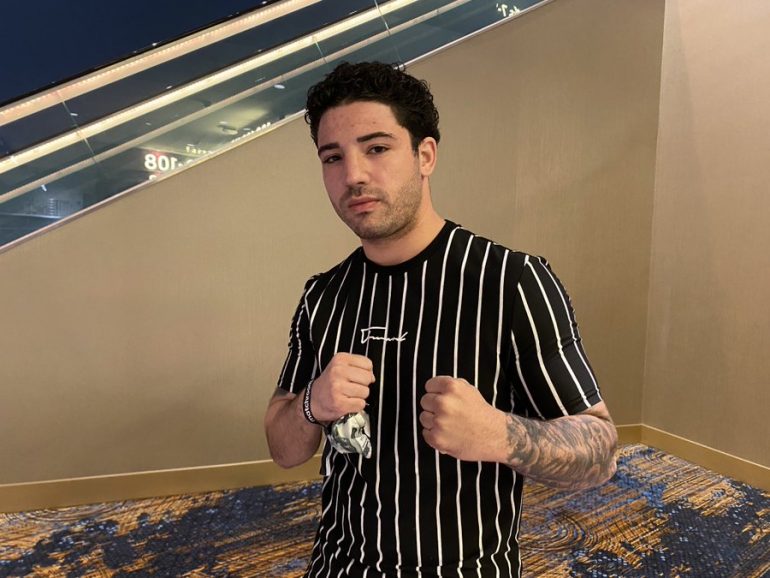 HOLLYWOOD, Fla. — Julian Rodriguez has called for the biggest fights at 140 pounds since returning from a two-year injury layoff in 2019. The 26-year-old from Hasbrouck Heights, N.J. will finally get one of those names he’d been calling for in his next fight, when he meets former two-division titleholder Jose Pedraza.

The ten-round fight will take place on June 12 in Las Vegas as the co-featured bout underneath the Shakur Stevenson vs. Jeremiah Nakathila fight on ESPN, Top Rank Vice President Carl Moretti confirmed to The Ring.

Rodriguez can’t help but get excited about getting a chance to show that he belongs with the top names at 140 pounds.

“I’m going to prove that I belong with the top dogs. I am a top dog,” said Rodriguez (21-0, 14 knockouts) at the Seminole Hard Rock Casino and Hotel on April 17. “A lot of these champions, a lot of these guys that are out there now, multimillionaires, I beat already in the amateurs, I’m talking 17, 16 years old, not ten years old.

“My injury held me back for quite some time so I’m back. My last 5 or 6 fights they’ve all been knockouts except for one. So I’m ready, I’m healthy, I can kill a horse with this left hook.”

Pedraza (28-3, 13 KOs) has won two straight since his lone defeat at 140 pounds, when he was outpointed by Jose Zepeda in September of 2019. Prior to that, the former IBF junior lightweight and WBO lightweight titleholder had lost to Gervonta Davis and Vasiliy Lomachenko in his two highest profile bouts.

“Pedraza, he’s an experienced fighter, he’s been around the block, but every time he stepped up into a real fight he got shot down, so I’m looking to do the same,” said Rodriguez.

“I’m gonna get the win however it’s presented to me. However he decides to come, he wants to box, I’m gonna walk his ass down. He wants to sit there and do all this little bullshit with the hands and be active, we’re gonna have something for that too. There’s nothing that that man can bring to the ring that we haven’t seen already and that we won’t be prepared for so.”

“That little kid running his mouth all the time, Josue Vargas, he’s one I would like to snatch right in New York,” said Rodriguez. “I’ve been asking Top Rank for that fight, so give me that kid. But after Pedraza I don’t even look at that kid. He just annoyed me the other fucking day that’s why I’m mentioning his name.”

Rodriguez’s interest in a Barboza fight is less personal than it is for Vargas.

“[Barboza] is on the climb right now so stylistically it will be a good fight. I see a lot of holes in his game and I haven’t been able to showcase all of my talents,” said Rodriguez.

Rodriguez says he plans to travel for training camp, with some portions to take place in Las Vegas and Houston.