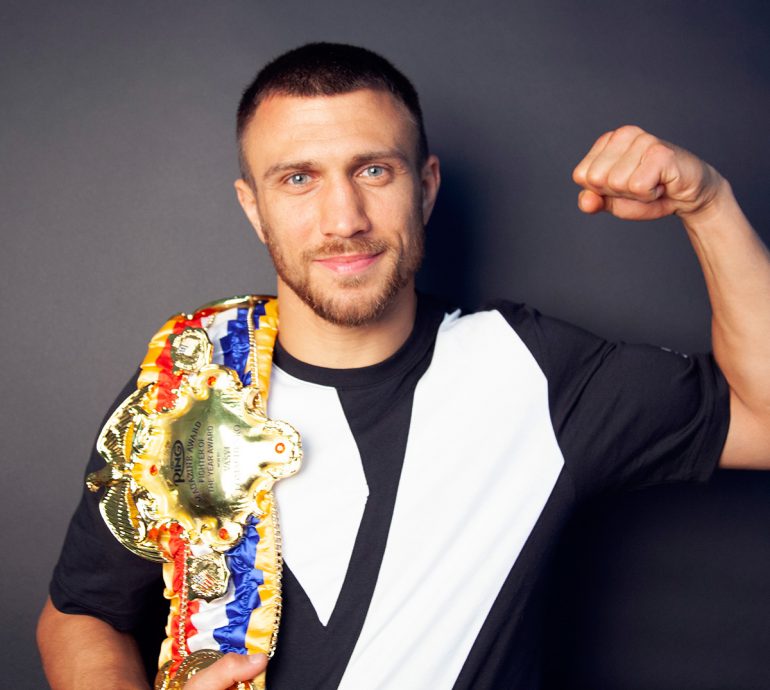 Will former champ Lomachenko get a shot at new champ Haney? Photo by Matt Tucker
25
Apr
by Ryan Songalia

The fight, which was first reported by ESPN will take place in Las Vegas, Lomachenko confirmed on Twitter.

The fight will be the first for Lomachenko (14-2, 10 knockouts) since losing his three lightweight title belts to Teofimo Lopez by unanimous decision in October. The 33-year-old had surgery on his right labrum in his shoulder afterwards, just as he had following his 2018 fight with Jorge Linares.

Nakatani (19-1, 13 KOs) of Tokyo is coming off his biggest win to date, a ninth round come-from-behind stoppage of Felix Verdejo in December. The 32-year-old Nakatani earned attention in his American debut a year prior, when he gave Lopez the toughest fight he’d had to that point in a unanimous decision loss.