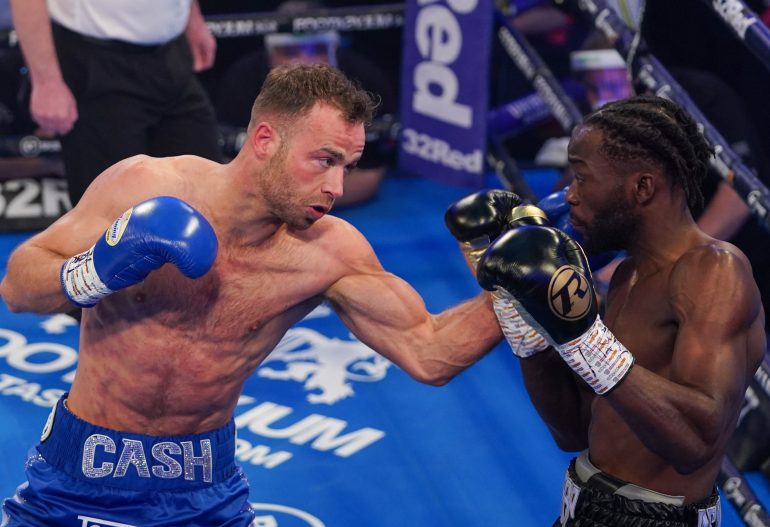 Felix Cash hit the jackpot with a stunning three-round win over Denzel Bentley in a huge British showdown at Bethnal Green’s York Hall.

Cash mentioned Chris Eubank Jr. and Liam Williams afterwards and said he wanted to add the European title to his collection.

“I stunned him in the first round and I knew it was only a matter of time before I caught him again,” said Cash in his post-fight interview with BT Sport. “I was walking through him, I caught him again and then I finished the job.

“He wasn’t as awkward as I thought he was going to be. I was hitting him after that and then I walked through him.”

Denzel was wobbled by a right hand in the opening exchanges, Cash looked physically imposing as the bigger and stronger man.

Bentley, who never got out of first gear, had success with occasional single shots but things came crashing down for him in the next, however. Cash nailed him with a right and seconds later he scored with the same blow. Bentley covered but Cash went right hand happy and landed four on the bounce forcing referee Victor Loughlin to intervene after 1:24 of Round 3. 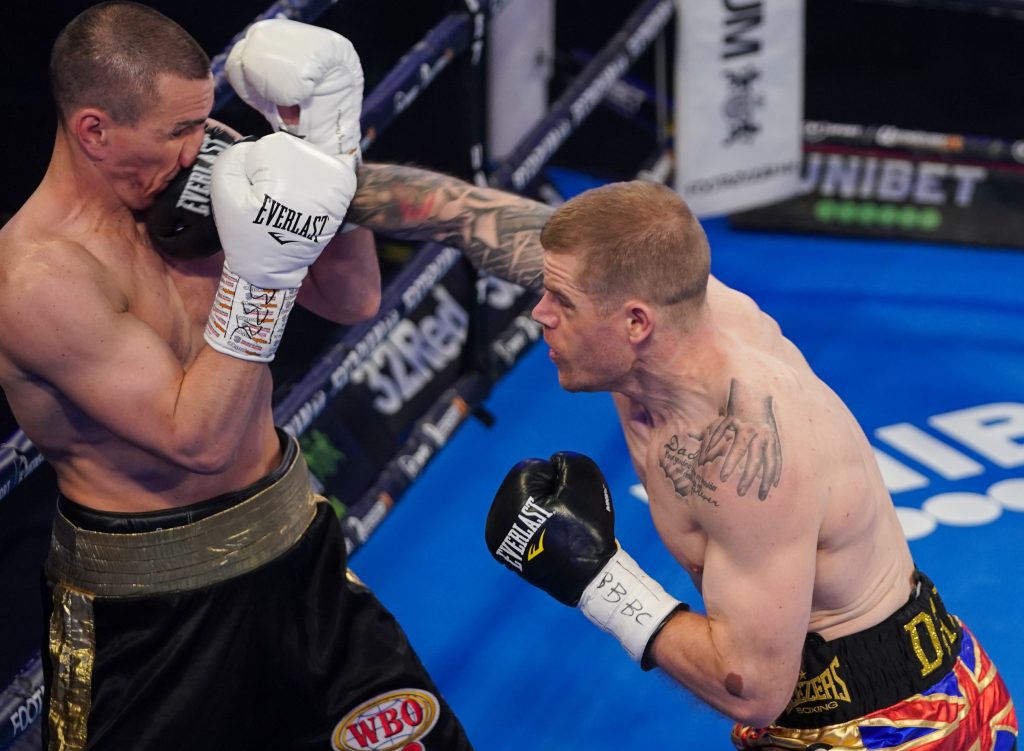 Light-heavyweight contender Callum Johnson came out firing and seemed to want to get rid of Emil Markic early.

Johnson enjoyed some early success trying to get the Croatian out quickly but paid for his optimism by walking onto a huge right hand as the fight became an instant war.

Johnson stayed upright but he was bleeding from the left eye and around the nose, although he finished strongly to take the round.

“It is a 10-round fight,” cautioned Johnson’s trainer Joe Gallagher after Round 1.

Johnson, having his first fight in 25 months since beating Sean Monaghan, didn’t really slow in the second. He seemed happy to walk through anything coming his way and before long his bodywork had Markic covering up on the ropes.

Heavyweight hope David Adeleye moved to 6-0 but he seemed fortunate after running out a 58-57 winner over Polish journeyman Kamil Sokolowski.

Adeleye has much to learn and said he wasn’t happy with the performance. The Pole dropped to 10-21-2.