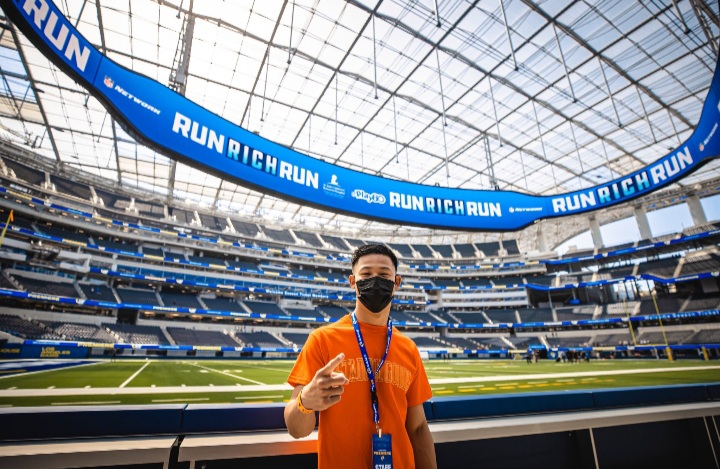 Over the weekend, rising junior welterweight prospect Brandun Lee was invited to attend an event at the state of art SoFi Stadium, the new home of the Los Angeles Rams.

Lee, who was hugely impressive headlining on ShoBox last month when he scored a highlight reel third round knockout over Samuel Teah, was only too happy to drive two-and-a-half-hours across California from his home in La Quinta to Inglewood to see the new arena, which is situated several blocks away from one of boxing’s most famous arenas, The Forum. 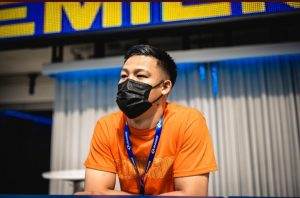 Lee doesn’t LOOK like how you’d maybe expect such a puncher to look like. Photo Credit – Brevin Townsell

“They just built it last year and Covid happened so no one was allowed to check out the stadium,” Lee told The Ring. “It was just for the season ticket holders, so they got to go and explore the stadium but I was invited, I had a VIP pass.

“I got to explore the cafeterias, the weight room, the private rooms. It was really nice. I’m looking forward to going to check out a game this season.”

The 21-year-old Asian sensation is friendly with Rams free safety, Taylor Rapp, who also is of Asian heritage.

“He reached out to me last October after I scored a first-round knockout over Jimmy Williams,” explained Lee. “He said, ‘Thank you for putting on for the Asians.’ He kept in touch and recently and I commented on his post [on Instagram].”

Things snowballed and the Rams reached out and cordially invited him to their facility.

Being invited with other influencers to the stadium is just one of a number of perks he has been considered for.

“My last fight really put me on the map and I think that I just need to keep doing what I’m doing, stay humble, stay in the gym and stay dedicated. Cameron [Dunkin] is doing one helluva job, keeping us busy and we’re performing.”

Lee’s promoter, Dunkin of D&D Boxing, is pleased with how things have gone for Lee and his other rising stable of fighters.

“Brandun was sensational against Teah, he was fighting a tough guy, nobody had done what Brandun did to him before,” said Dunkin, who is famed for guiding the careers of 35 world champions including Kelly Pavlik, Terence Crawford, Mikey Garcia and Nonito Donaire. “I think he showed people he can be somebody in this business. Don’t forget he only turns 22 on Sunday.

“I’m excited about my young stable, I think these guys will all come into their own soon and along with my new partner, Camille Estephan, [of Eye of The Tiger] we’re signing some great amateurs and they will make us even stronger.”