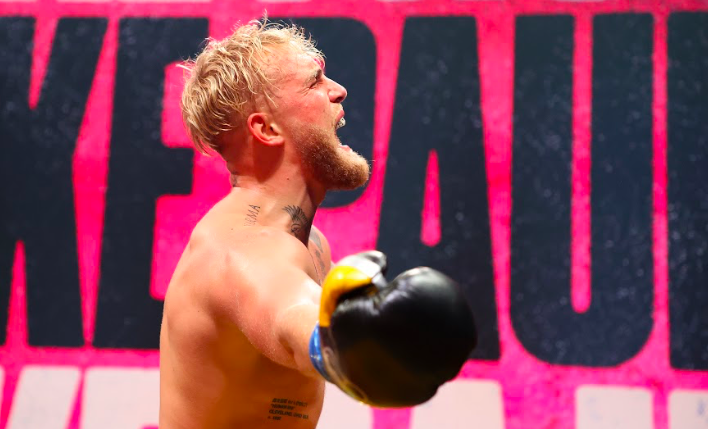 Atlanta – Tonight’s Triller PPV main event didn’t make it to the two minute mark. Jake Paul improved to 3-0 (3 knockouts) with a first round knockout of Ben Askren with the first hard punch he landed at the Mercedes-Benz Arena, in Atlanta, Georgia, topping a Triller PPV.

Paul began with a measured, disciplined pace. The Cleveland, Ohio native touched Askren to the body several times in the opening moments. He also missed with a few wild overhand rights, but got closer with each one. 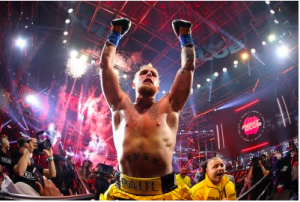 Paul said he got that power from doing farm chores in Ohio.

Although Askren made it to his feet, referee Brian Stutts did not like what he saw and waved off the fight. Just like that, the 36-year-old’s professional boxing debut was over.

From the onset it appeared that Askren simply did not know how to defend himself from somebody who knew how to throw proper, straight punches.

Boxing purists may criticize the Jake Paul show as a circus act, but he has proven three things during his brief prizefighting career. One, he has undeniable star power and brings in strong viewership numbers. Two, he takes training seriously and has shown improvement. And three, he appears to have legitimate power in his right hand. That same right hand left former NBA star Nate Robinson unconscious on the canvas last November in Los Angeles.

All that being said, if the YouTube star turned fighter wants to win over diehard boxing fans, he’s going to have to get in the ring with an actual boxer. English entrepreneur Joe Fournier, a fairly experienced boxer who scored a stoppage win on tonight’s undercard, called Jake Paul out tonight. Perhaps a fight with Fournier (9-0, 9 KOs) next could bridge that gap for Paul.