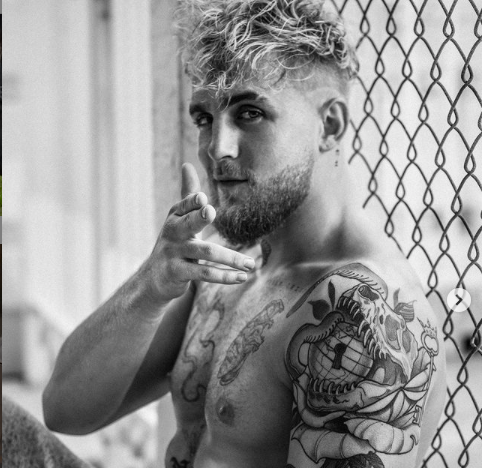 Of the boxing available to watch this evening, and of the all the entertainment options available on screens, I’m most intrigued by the content being offered by Triller.

On the Triller Fight Club pay per view, a man best known for being a celebrity, of sorts, with a very short history in prize-fighting, Jake Paul, takes on a seasoned fighter, but one from the mixed martial arts sphere, Ben Askren. 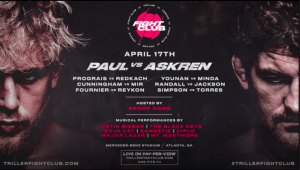 Lots of folks are holding up their noses at this main event, and God bless ’em. They have many other things they can do from 8 PM ET, when the Triller Fight Club “freeview” starts, until around 12:30 AM Sunday morning, when the first non-Tyson Triller event finishes up. I hope they enjoy their night, I have a suspicion I will enjoy mine.

Nose-holding purists might look at the 2-0 You Tuber vs dad bod MMAer fight as a profane pairing, a signal of how the times have changed, and not for the better.

I am not of that mindset. Fighting is a deadly-serious business, but from my seat on the couch tonight, I am less focused on that certainty, and more on this one: I’m looking to be entertained.

This, from my perspective, is sports entertainment. No, not exactly like how Vince McMahon sees his product as “sports entertainment.” But to a degree, it is the same, in that I want to get a payoff from the time I expend tuning in. Especially if I’m paying a premium, which I am tonight, the TFC show costs $50. I’m ponying up.

Because I’m intrigued. I’m curious, and enough to pay to get that curiosity satisfied. Jake Paul, I’ve decided I have to respect his hustle, how he grinds, and I wonder if his cockiness is going to get tested by a 19-2 dude who knows how to fight, but might be too set in his Octagonal mindset to be able to fend off a green but ultra-hungry climber. 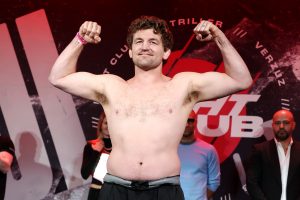 I’m intrigued—yep, going all-in as Al Bernstein right now–not just about that main event, I’m curious to see if 41 year old Frank Mir (0-0 in pro boxing, 19-13 in MMA, last fought in Oct. of 2019, beating Roy Nelson) has enough boxing skills to get the better of Steve Cunningham, the 44 year old campaigner who I worked with last month in calling fights for the first Fightnight Live show we did in 2021, in Philly.

I’m dubious–looks and feels like semi easy work for Cunningham, who last gloved up in August 2017 (losing to Andrew Tabiti).

I’m intrigued to see if Ivan Redkach’s fiery trash talk is backed up, by effective aggression, against Regis Prograis, who looks like he might be outgrowing 140, and thus, might not be at his level best.

I’m not as intrigued by the Joe Fournier vs Reykon fight, but that’s OK, because that one isn’t aimed at me. The people that are buying the event because for that clash care much less than I do about how Lorenzo Simpson (9-0) might look in the freeview against Francisco Torres, or if 7-0 Quinton Randall is someone I should have on a short list, of Ones to Watch, or if 13-2-2 William Jackson has a record that deceives, and is poised to wreck that guys’ night. Ryan Kavanaugh knows that a good percentage of people who want to see what happens to Jake Paul, possessor of 14.8 million Instagram followers, are not going to care about the fights for the purist crew. And guess what? As a promoter, Kavanaugh doesn’t have it wrong.

Any of you all care to guess just how limited the number is, of people who are hardcore boxing fans in America? Let me depress you…The answer is under one million people. Seriously, try to find material to rebut that contention.

Kavanaugh and company are called “disruptors,” some would argue, because they looked at a space and realized that tweaks can be made, which could result in a resurgence to that space. I’m of the mind that the space needs it. Both hardcore fans and casuals have not been treated as well as they could be for too long, and boxing as a whole is hurt by that. Dead? NO! But living something less than the best life possible? For sure. A narrow few have been cleaning up in boxing, the platform holders, the A grade promoters, managers and fighters have done well, but as far as growing the entire pie, and doing everything possible to promote the sport, to lure new eyes to the screens, well, it’s been a weak run for a too long spell.

If you watch the Triller thing tonight, you will see some kayoes, you will hear Snoop Dogg say something that is funny enough to trend and repeat tomorrow, you will hear some music from people you may or may not dig, you will get your brows raised at one or two surprise twists, be it guests to the program, or fight announcements, or what have you…You will have been entertained.

You might be told about Jake Paul diving into the NFT space, and have no clue what the hell is being talked about. That’s OK…You will think about the purchase you made, at 1 AM, and say, ‘Know what, that was $50 well spent.’

There will be an aura of levity, not in a flippant way, but you’ll take in a vibe that needs to be the prevailing mood in prize-fighting much more often.

Feel free to @ me, bros. I get it, I get liking the old ways, I get being resistant to change. In lots of areas, I’m an old-school sort myself. I’m not looking to debate, or to beef, or find reasons why Triller could fail…I’m intrigued, I’m tuning in to Triller Fight Club tonight, I’m purchasing the event, because I’m looking to be entertained.