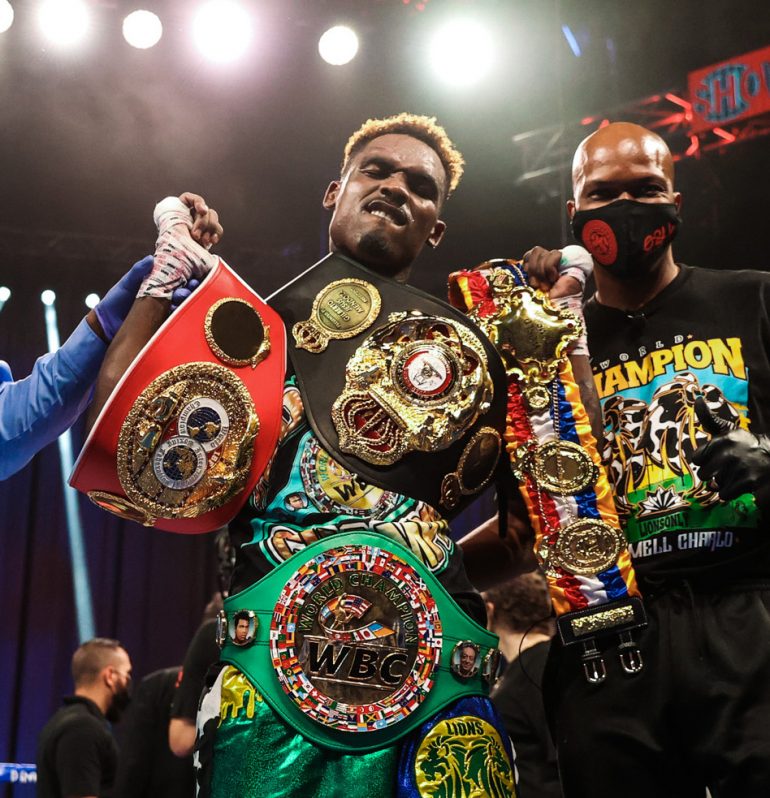 Showtime Boxing revealed a nine date summer scheduled that includes at least 13 bouts, among them seven world title fights, one of which will be for an undisputed championship.

The premium cable channel will air two events a month from May through August, with another show scheduled in September.

The biggest fight on the schedule would appear to be a matchup between WBC/WBA/IBF junior middleweight champion Jermell Charlo (34-1, 18 knockouts) against WBO titleholder Brian Castano (17-0-1, 12 KOs) for the undisputed junior middleweight championship on July 17. The winner would be the first to be recognized as undisputed champion at 154 pounds since Winky Wright did so in 2004 after defeating Shane Mosley, and would be the first to unify all four belts that are currently recognized as major championships.

The list of four-belt undisputed champions is limited, given the relatively short history of the WBO being recognized as a major title, and the difficulty of facing other champions while navigating multiple mandatory challenger obligations. That list on the men’s side includes Terence Crawford, Bernard Hopkins, Jermain Taylor and Aleksandr Usyk.

The schedule is out. Plan your summer accordingly.

The schedule kicks of on May 15, with a WBC super bantamweight title between Luis Nery and Brandon Figueroa, with Danny Roman returning to action against Ricardo Espinoza Franco, and Xavier Martinez facing Abraham Montoya. Two weeks later, Nordine Oubaali makes his long-delayed mandatory WBC bantamweight title defense against Nonito Donaire Jr. on May 29 with an IBF junior welterweight eliminator between Subriel Matias and Batyrzhan Jukembayev in the co-featured slot.

A week after Charlo-Montiel, the only pay-per-view event of the schedule takes place on June 26 when Gervonta Davis meets Mario Barrios, with Erickson Lubin facing former junior middleweight champion Jeison Rosario in a supporting bout.

Chris Colbert will take his biggest step-up to date on July 3 when he faces Yuriorkis Gamboa in a junior lightweight bout.